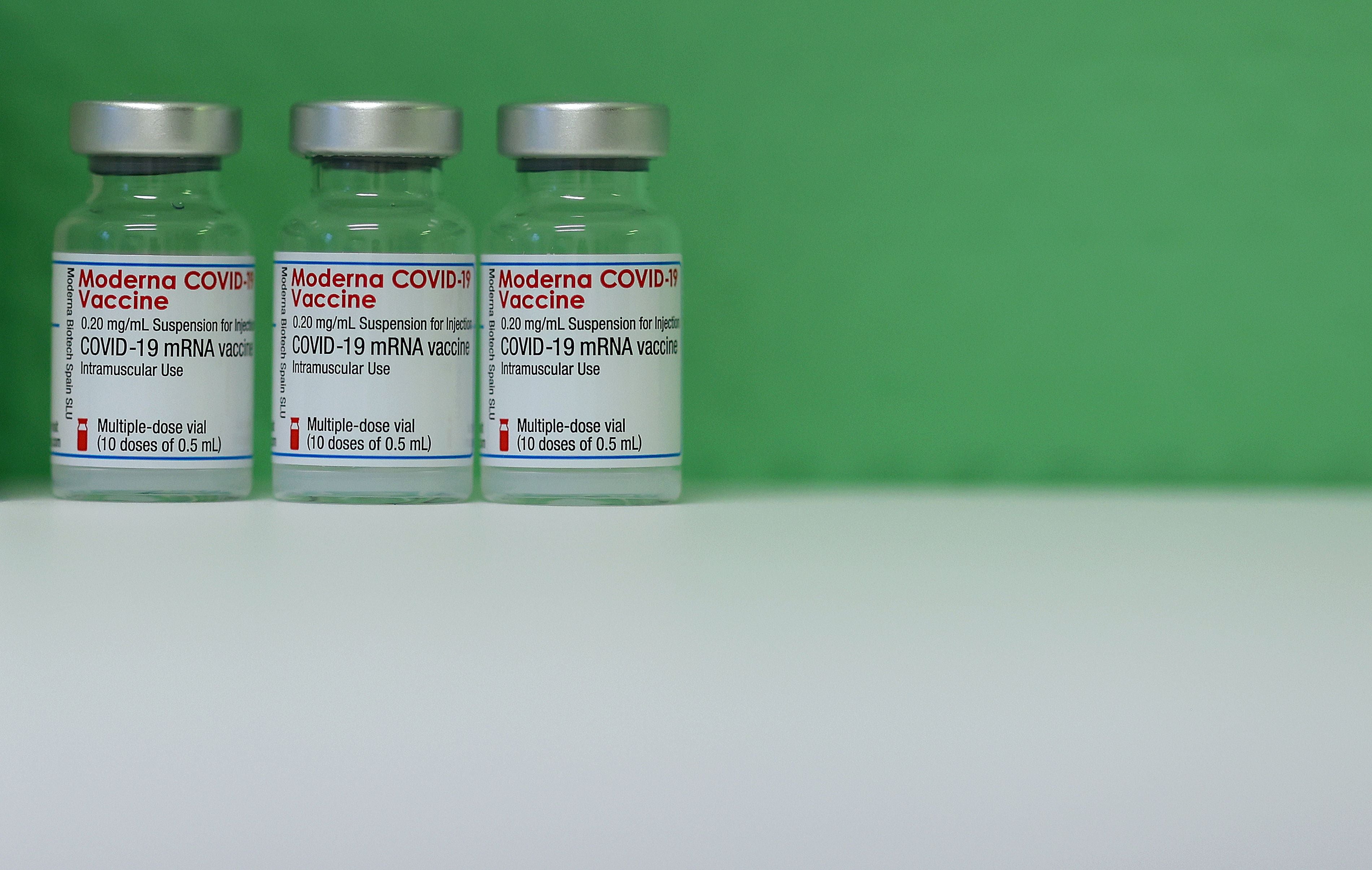 Moderna has said it is developing a new vaccine against the coronavirus variant first detected in South Africa as an “insurance policy”, adding that its current jab still remains effective against the mutated form of the virus.

Analysis carried out by the US pharmaceutical has revealed that its vaccine produces antibodies capable of neutralising the British variant that has spread to more than 60 countries across the world.

However, the study showed a sixfold reduction in the antibody response to the South African variant, called 501.V2, raising concerns that immunity may fade significantly with time.

Even so, these antibodies “remain above levels that are expected to be protective,” Moderna said.

As a precaution, the company now intends to design a new vaccine specific to 501.V2. “We’re doing it today to be ahead of the curve should we need to,” Dr Tal Zaks, Moderna’s chief medical officer, said on Monday. “I think of it as an insurance policy.

Moderna has yet to assess the effectiveness of its mRNA vaccine against the Brazilian variant, which is known to share a number of genetic mutations with 501.V2 and thought to be equally transmissible.

“Our expectation is that if anything it should be close to the South African one,” Dr Zaks said. “That’s the one with the most overlap. New strains will continue to emerge and we’ll continue to evaluate them.”

Moderna is the first company to publicly declare its intention to produce a new vaccine, though The Independent revealed last week that the team behind the Oxford jab is preparing to design new versions of its own candidate in response to the new variants.

Scientists at the university are currently assessing the ability of their vaccine to provide protection against the British and South African variants, with the results of this analysis set to be released within the first half of next month.

However, the Oxford team is adopting an “at-risk” approach and intends to begin synthesising new versions of the vaccine without waiting to find out if they will be needed, with professor Sarah Gilbert – one of the lead scientists – “actively working on this”.

The results of the Moderna study, which examined blood samples taken from eight people who had received two doses of the company’s vaccine, have yet to be published or peer-reviewed.

Stephane Bancel, Moderna chief executive, said the company has begun working with the US National Institutes of Health on trials to test the effectiveness of its modified vaccine.

“We believe it is imperative to be proactive as the virus evolves,” Mr Bancel said. “We are encouraged by these new data, which reinforce our confidence that the Moderna Covid-19 vaccine should be protective against these newly detected variants.

“Out of an abundance of caution and leveraging the flexibility of our mRNA platform, we are advancing an emerging variant booster candidate against the variant first identified in the Republic of South Africa into the clinic to determine if it will be more effective to boost titers [the strength of antibodies] against this and potentially future variants.”

It took 42 days to design and begin manufacturing the original Moderna vaccine, and Dr Zaks is optimistic the company could make a new one “hopefully a little faster this time, but not much.”

The BioNTech/Pfizer vaccine also works against the British variant, called B.1.1.7, but analysis is ongoing to determine its ability to neutralise 501.V2.

Scientists from the two companies said their research indicates it is “unlikely that the B.1.1.7 lineage will escape … protection” induced by their jab.

Separately, one of South Africa’s leading scientists said that the ability of the Covid vaccines to provide protection against 501.V2 may be “slightly diminished” – though immunity is unlikely to be completely compromised.

The variant contains the E484K mutation in its spike protein – the part of the virus responsible for binding and entering human cells – that scientists fear will allow it to evade neutralising antibodies produced by natural infection or vaccination.

“It [501Y.V2] doesn’t completely knock out or stop the neutralisation but there’s a quite substantial effect in some of the samples of blood we tested,” he told The Independent.

As a result, Dr Lessells said it was “possible” that the effectiveness of the Covid-19 vaccines may be “slightly diminished”.

“I think that too much of the current dialogue sees it as an all or nothing, that either the vaccines will work or the vaccines won’t work,” he added.

Dr Anthony Fauci, the top US infectious disease expert, said “there’s enough cushion with the vaccines that we have that we still consider them to be effective against both the UK strain and the South Africa strain”.

“We really need to make sure that we begin, and we already have, to prepare if it’s necessary to upgrade the vaccines,” he said on Monday. “We’re already taking steps in that direction despite the fact that the vaccines we have now do work.”

Meanwhile, the US drugmaker Merck announced on Monday that it has abandoned two potential Covid vaccines following poor results in early-stage studies.

The company said its candidates were well tolerated by patients, but they generated an inferior immune system response compared with other vaccines.

0 0 0 0
Previous : Scientists shoot record-breaking laser into space in the hope of unlocking the secrets of time
Next : Coronavirus: Where have the Covid variants from the UK, South Africa and Brazil spread to?