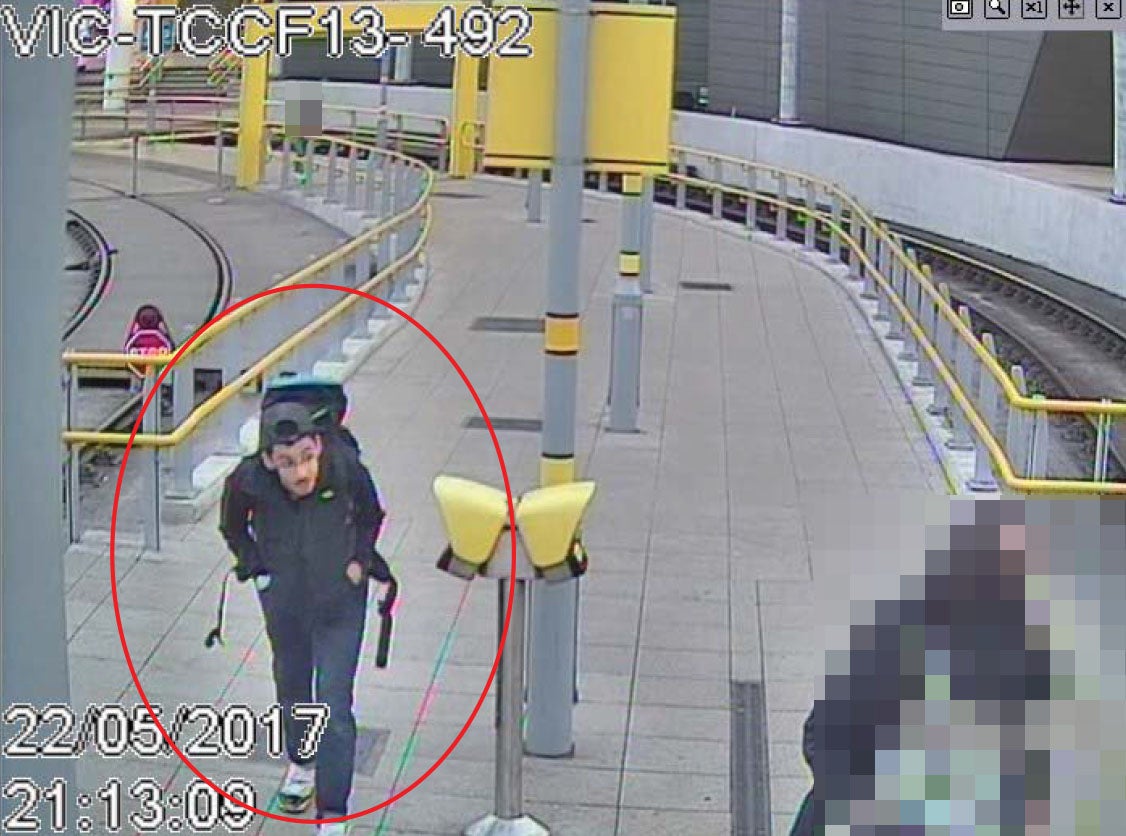 It heard evidence of numerous “missed opportunities” to prevent Salman Abedi detonating his bomb on 22 May 2017, from the CCTV blindspot where he hid for almost an hour to insufficient terror attack planning, poor staff training and inadequate police patrols.

Addressing the inquiry on Monday, Mr Atkinson said security at the arena was under-resourced, badly coordinated and insufficiently focused on terrorism – despite the UK threat level standing at severe and the 2015 attacks on the Bataclan and Stade de France.

“This made the arena an attractive target for terrorists and led to a series of missed opportunities to prevent, deter, detect or mitigate the attack,” he added.

“We submit the evidence shows the attack to have been, at least in significant part, the result of a failure to anticipate and address a risk that should have been obvious, rather than a failure that only hindsight reveals.”

Mr Atkinson called for the inquiry’s chairman, Sir John Saunders, to make sure the public are not unprotected at future events.

“If they had, then the bombing could not have happened because Abedi could not have entered and remained in the City Room with his large device prior to detonation, for two extended periods totalling about one hour and 20 minutes.” he added.

“If the [CCTV] blindspot had been dealt with, he should have been easily seen.”

Mr Weatherby said “reasonable and proportionate measures” such as bag checks, improved patrols and CCTV surveillance could have lessened the death toll from the “foreseeable and readily preventable outrage”.

He said the victims’ deaths “must lead to real change without further delay”.

Austin Welch, representing the relatives of Courtney Boyle, Martyn Hett and Elaine McIver, said each organisation involved in security had been failing for months or years before the bombing.

Mr Welch argued that even if it had been impossible to stop Abedi detonating his device once he had reached the arena, he could have been prevented from carrying out the bombing amid such a large crowd.

He highlighted that the BTP operation for the Ariana Grande concert was a “shambolic arrangement” run by a junior officer, and that the force had not conducted an adequate risk assessment.

“These failures were … fundamental and chronic,” he said. “There may be multiple reasons for these failures on behalf of those responsible to protect the public: ignorance, passivity, poor training, complacency, turning a wilful blind eye, a dereliction of duty, a lack of funding, a lack of communication, a lack of leadership, a failure of systems, a failure of equipment, a failure to take responsibility, and an overriding drive to penny-pinch.”

The inquiry heard how Abedi had not been spotted carrying out “hostile reconnaissance” at the arena in the days leading up to the attack, and that members of the public had tried to raise concerns shortly before the bombing.

Dressed all in black and carrying a large rucksack, he wandered around Manchester Victoria station for about two hours, before spending the final hour in the City Room waiting for dense crowds of young fans to leave.

Security staff were alerted to his “dodgy” appearance but no action was taken. One man said he was “fobbed off” and Abedi was never approached by Showsec staff or BTP officers. The inquiry continues.

0 0 0 0
Previous : Headteachers left frustrated over missing out on ‘thousands of pounds’ for disadvantaged students this year
Next : Jack Whomes: ‘Essex boys’ killer can be released from jail, Parole Board says