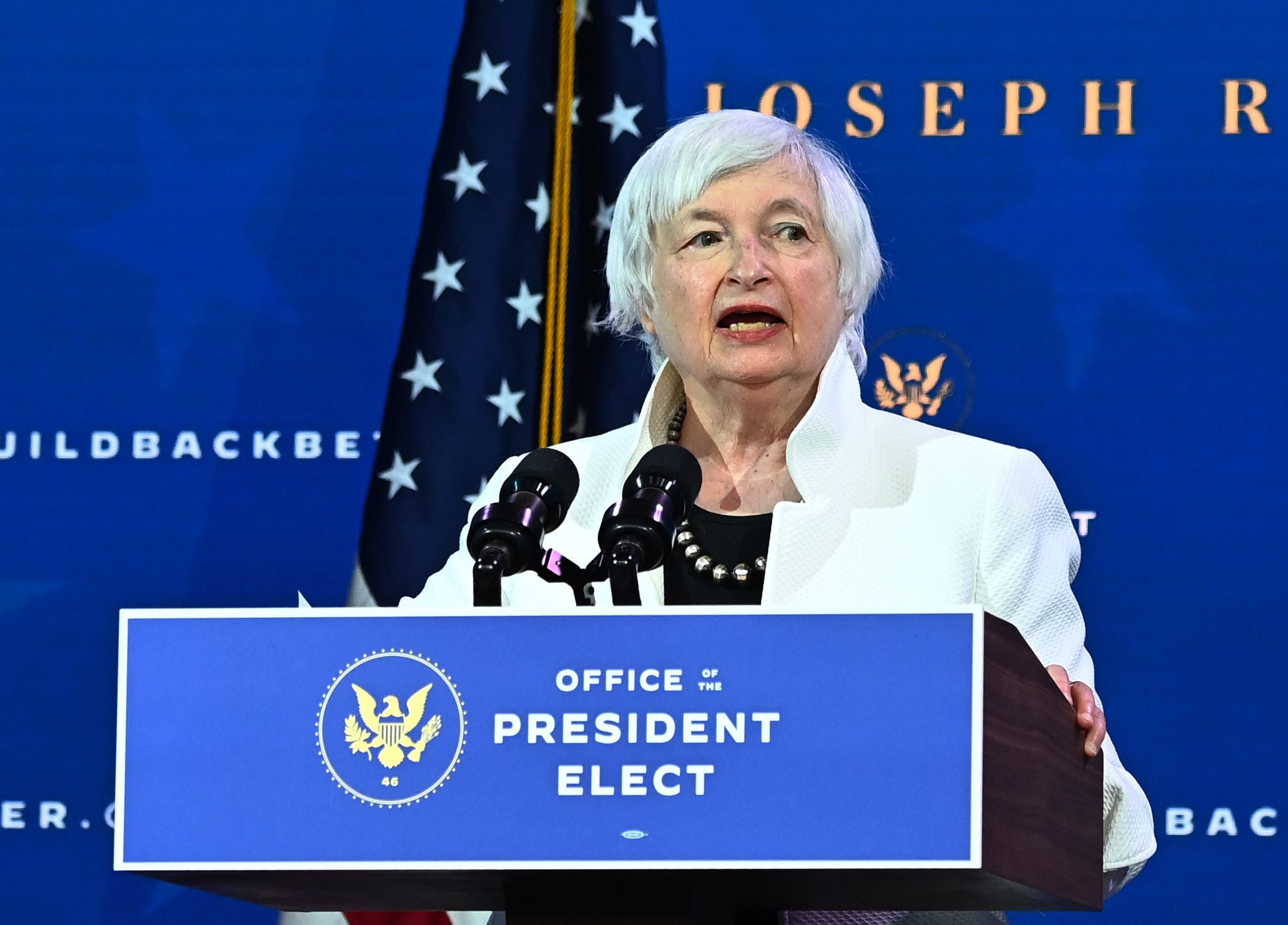 Ms Yellen’s nomination has largely breezed through the Senate with little controversy, her track record as chairwoman of the Federal Reserve under Barack Obama and Donald Trump and longtime relationships with policymakers on Capitol Hill helping pave the way for a smooth transition.

The new Treasury Secretary advanced out of the Senate Finance Committee with a unanimous vote of approval, earning plaudits from Democrats and Republicans alike.

“I have very strong disagreements with Dr Yellen on a number of her positions, particularly in the tax policy arena, but she has committed to us that she will work with us on these issues and the concerns that we have,” Republican Senator Mike Crapo of Idaho said at her confirmation hearing last week. “I think the strong vote on our side to support her today is an indication that we want to engage.”

She also supports phasing in a higher minimum wage, which has been stuck at $7.25 an hour since July 2009.

“Raising the minimum wage will lift tens of millions of Americans out of poverty while expanding access to opportunity for countless small businesses nationwide,” Ms Yellen wrote in response to questions from senators last week. “It matters how it’s implemented, and the President’s minimum wage will be phased in over time, giving small businesses plenty of time to adapt.”

She is the third member of Joe Biden’s Cabinet-level appointees to be confirmed, following the confirmations last week of Defense Secretary Lloyd Austin and Director of National Intelligence Avril Haines.

Before embarking on her political career, Ms Yellen taught economics at Harvard, the London School of Economics, and the University of California at Berkeley.

She took the plunge in 1997 as head of President Bill Clinton’s Council of Economic Advisers, after previous stints on the Federal Reserve Board of Governors.

Ms Yellen takes command of the Treasury Department at a crucial time for American banks, businesses, and families.

Mr Biden wants to pass a $1.9trn Covid relief package that, among dozens of other provisions, includes massive cash outlays for state and local governments, $1,400 stimulus checks for most Americans, and a boost to the weekly federal unemployment supplement launched last spring.

But Ms Yellen has larger designs on how to reshape the US economy, which has not only suffered due to the coronavirus pandemic, but is still feeling the lingering effects of the Great Recession.

“We are living in a K-shaped economy, one where wealth built upon wealth, while working families fell farther and farther behind,” Ms Yellen said last week at her confirmation hearing.

“We have to rebuild our economy so that it creates more prosperity, for more people, and ensures that American workers can compete in an increasingly competitive global economy,” she said.

0 0 0 0
Previous : I GOT ARRESTED
Next : EU threatens to impose export controls on Covid vaccines