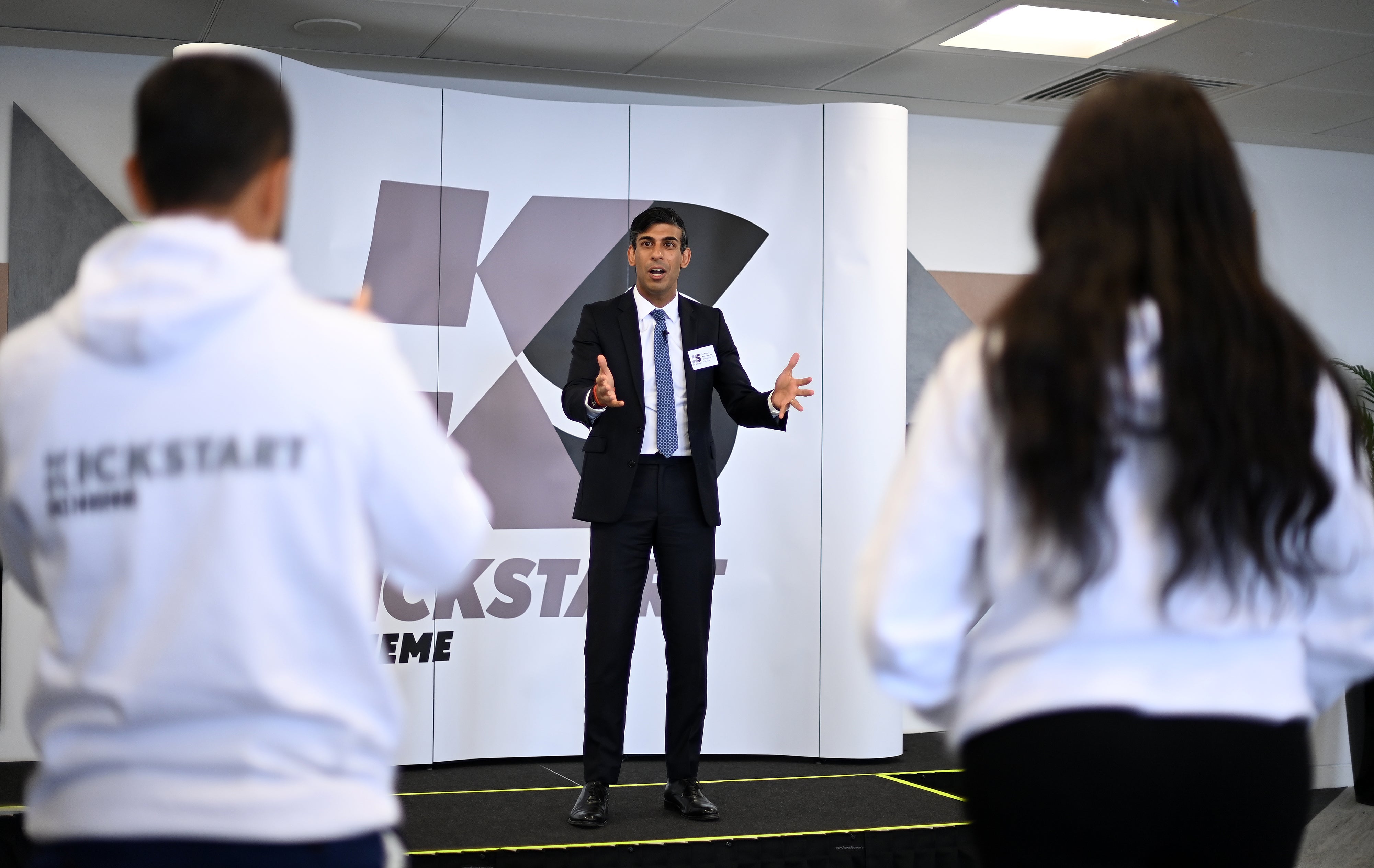 A £2bn government job scheme launched five months ago has seen fewer than 2,000 young people start in their new roles.

The Kickstart programme was launched in September to support firms to offer six-month work placements for 16 to 24-year-olds who are in receipt of universal credit and at risk of long-term unemployment.

While more than 120,000 jobs have been created, just 1,868 people have started their placements in the UK as of 15 January, the Department for Work and Pensions (DWP) confirmed.

Therese Coffey, the work and pensions secretary, said the impact of coronavirus was partly to blame for the delay in those beginning their new roles.

Asked why the figure was so low, Ms Coffey told Times Radio on Monday: “The scheme only started in September for expressions of interest. We actually got our first kickstarters away in November.

“But I would suggest there was a combination of factors. The impact of Covid means that elements of job training to start were probably hindered, as well as the run-up to Christmas.”

In a separate statement, she said it was the government’s “ambition” that by the end of 2021 some 250,000 young people will join the programme and begin their placements.

Meanwhile, the DWP announced that from 3 February businesses will no longer be required to create a minimum of 30 jobs in order to apply for the scheme.

It is hoped that the move will encourage more firms to sign-up.

There have been huge swathes of job losses since the start of the coronavirus pandemic, with government figures showing the number of people claiming unemployment-related benefits increased by 282,000 between March and November last year.

A DWP spokesperson said: “We know that this is a challenging time for many businesses and workers as we continue the fight against the virus.

“Many young people have been able to safely start their placement and we are confident that this will ramp when we reopen our economy and build back better.”

Rishi Sunak, the chancellor, said: “Young people are among the hardest hit in times like these, which is why we’re doing everything we can to ensure they’re not left without hope and opportunity. The Kickstart scheme is central to this.

“With £2bn available and no limit on the number of places, it’s now easier than ever for businesses across Great Britain to take part.”