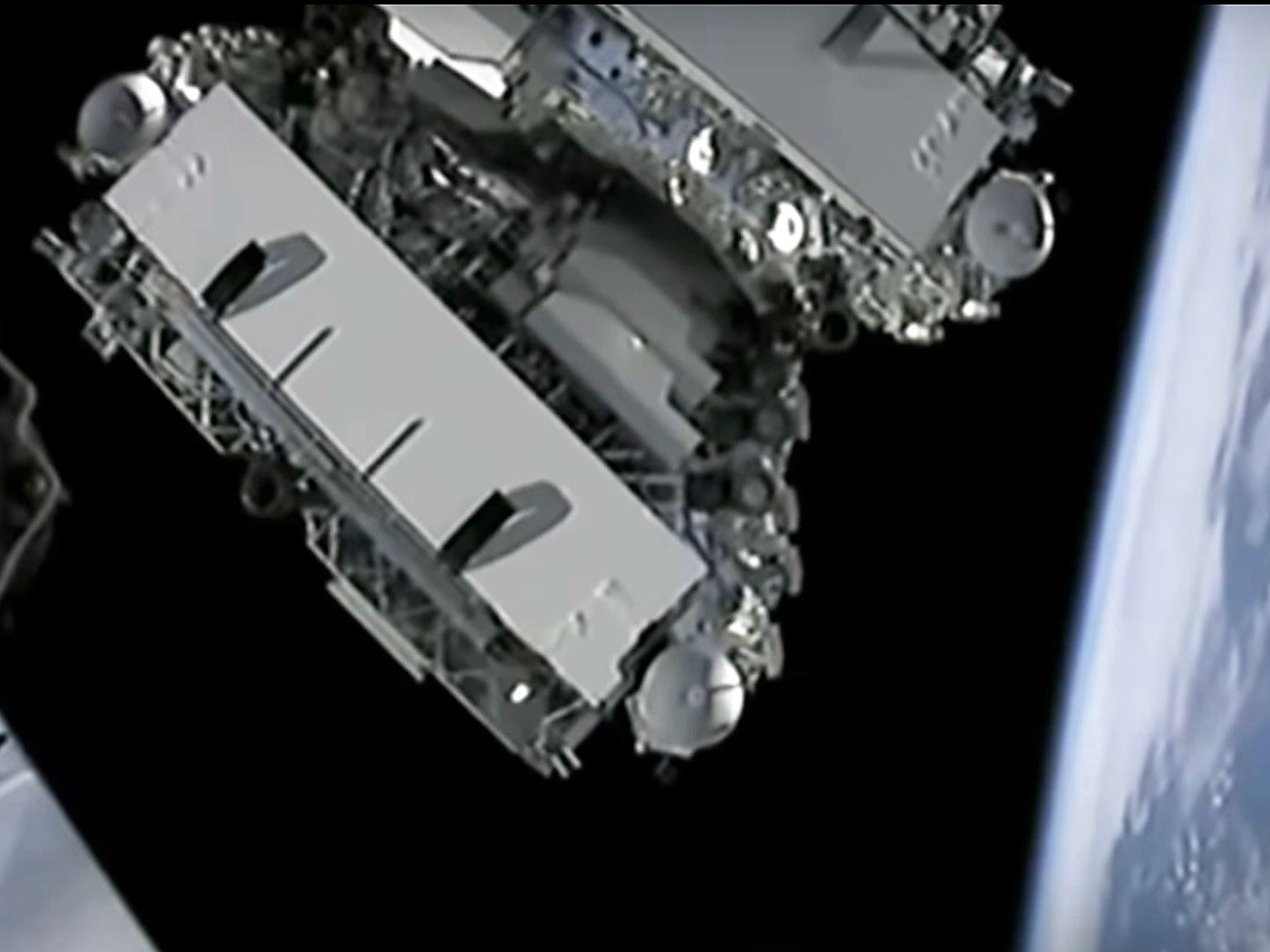 The latest Starlink launch, which took place on Sunday, was the first to deploy satellites to a polar orbit and the first to make use of laser technology.

The satellites will provide high-speed internet service to Alaska and high-latitude areas of Canada, where ground-based infrastructure can be difficult to install and maintain.

Following the launch, Mr Musk said that the 60 satellites sent to orbit were the first V.09 Starlinks, which use inter-satellite lasers to transfer data at speeds of up to 100 megabytes per second (Mbps).

The V.09 Starlinks “have laser links between the satellites, so no ground stations are needed over the poles,” he tweeted.

“All sats launched next year will have laser links. Only our polar sats have lasers this year and are V.09.”

There are currently more than 800 Starlink satellites in orbit, offering service to a limited number of users in the US, Canada and the UK who have bought a specialised antenna device to pick up the signal.

SpaceX plans to launch tens of thousands more over the coming years and hopes to be able to offer “near global coverage of the populated world in 2021”.

Starlink’s website states that “users can expect to see data speeds vary from 50Mbps to 150Mbps and latency from 20ms to 40ms in most locations over the next several months as we enhance the Starlink system.”

These speeds will continue to increase as more satellites are deployed and improvements are made to the networking software.

In its original filing with the US Federal Communications Commission (FCC), SpaceX claimed its Starlink satellite constellation would eventually be able to offer internet speeds of up to 1Gbps.

Last year, senior SpaceX engineer Kate Tice said it would take time to achieve the speeds and coverage laid out in the FCC filing.

“Our network, of course, is very much a work in progress,” she said. “And over time, we will continue to add features to unlock the full capability of that network.”