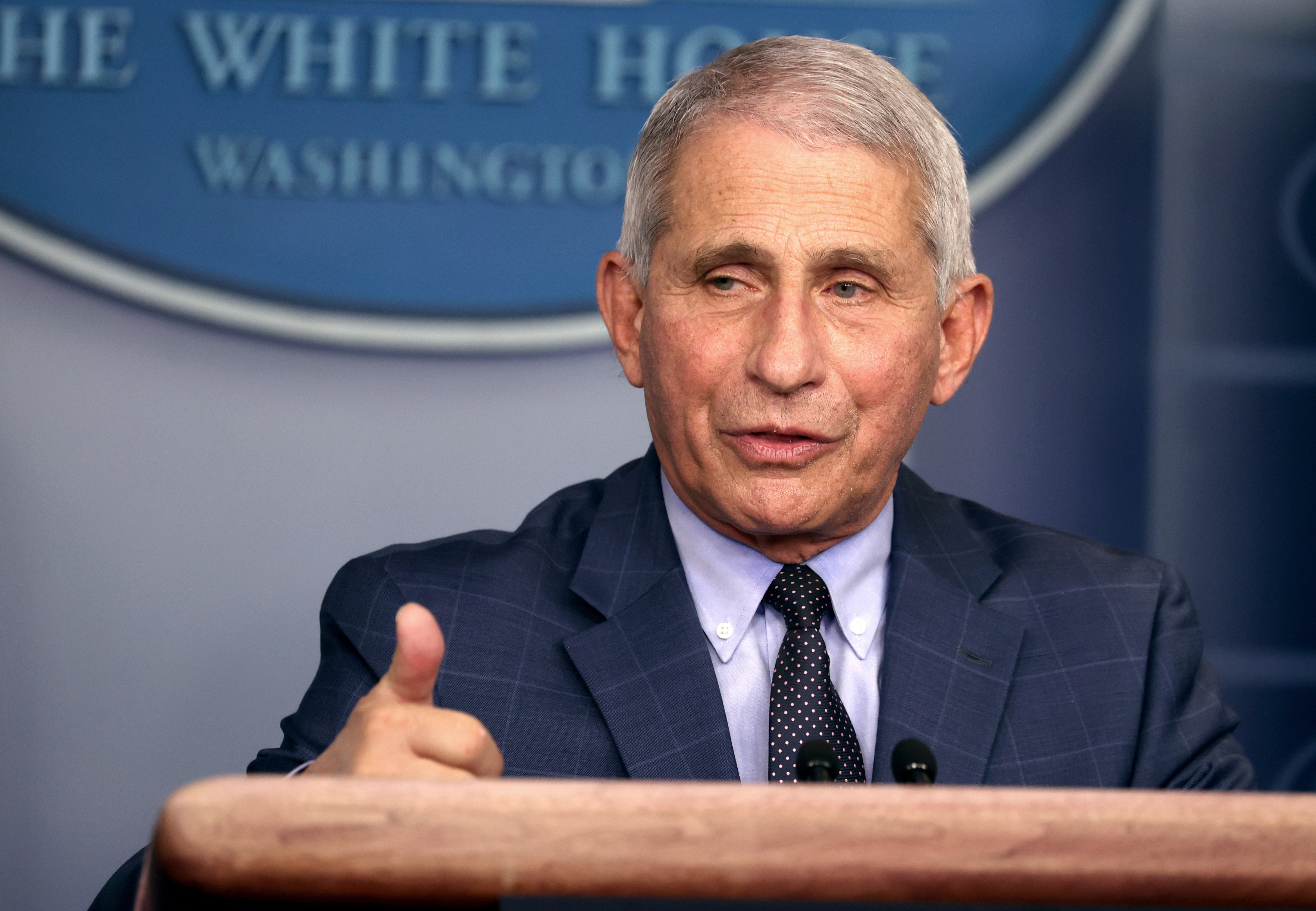 The United States has recently recorded a slight drop in Covid-19 cases in hospitalisations, but Dr Anthony Fauci warned this decrease cannot be attributed to the vaccines just yet.

“I don’t think the dynamics of what we’re seeing now with the plateauing is significantly influenced, yet — it will be soon — but yet by the vaccine,” Fauci, director of the National Institute of Allergy and Infectious Diseases, said on NBC’s Today on Monday morning.

Instead the current plateau should be attributed to the natural drop in cases and hospitalisations following the holiday surge that happened in December, Dr Facui added.

“We don’t want to get complacent and think … ‘Oh, things are going in the right direction, we can pull back a bit,’ because we do have circulating in the country a variant from the UK that’s in over 20 states right now,” Dr Fauci said.

Scientists with the Centres for Disease Control and Prevention are currently speaking to experts in the UK about their knowledge of the variant that’s spread through the country.

A UK report released on Friday said there was “a realistic possibility” the new variant was deadlier compared to other variants. The data was not conclusive, but it’s caused concern about the impact of the variant, especially on the coronavirus vaccines.

“I’m pretty convinced there is a degree of increase in seriousness of the actual infection,” Dr Fauci said about the new variant, which is why he’s asked the public to not grow “complacent” on current restrictions.

Moderna said it’s found no indication its vaccine could be less effective against the new variants from the UK and South Africa, but Dr Fauci said scientists were “already taking steps … as things continue to evolve” by upgrading the vaccines.

One way Dr Fauci suggested people could further stop the spread of the novel virus, outside of receiving a coronavirus vaccine when available to them, would be to wear two masks out in public instead of one.

“If you have a physical covering with one layer, you put another layer on it just makes common sense that it likely would be more effective,” he said.

Coronavirus hospitalisations have slightly declined since they reached their peak of 132,474 people hospitalised on 6 January. The total number of people hospitals on 24 January stood at 110,628, according to the Covid Tracking Project.

The number of new cases per day has also declined, but the country was still averaging about 4,000 deaths per day from the novel virus.

Experts have warned the pandemic could get worse over the next month before it gets better, and the US would likely reach more than 500,000 Americans dead from Covid-19 in February.