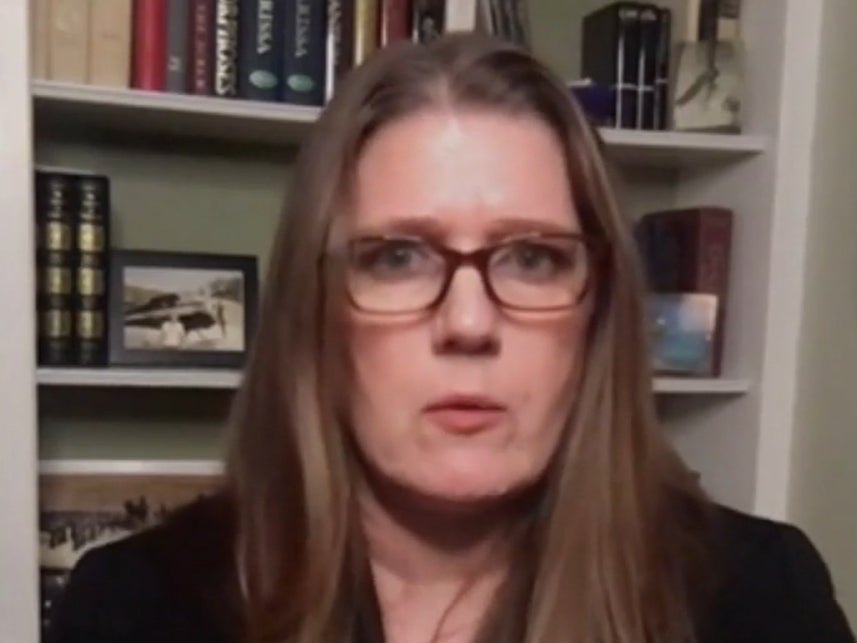 Mary Trump, Donald Trump’s niece, has said she wants to change her last name in order to disassociate herself from her uncle as it comes with a “negative connotation” due to the “damage” done by him.

The former president’s relative, who publicly criticised Mr Trump and wrote a scathing memoir about him, said her uncle did “incalculable damage” to the country.

“I am prepared to change my name if need be,” she said in an interview to The Telegraph, and added that she feared the negative connotations attached with the surname could impact her future.

The clinical psychologist, 55, also addressed speculations that Melania Trump is unhappy in her marriage and is allegedly seeking a divorce.

She said the former first lady might not divorce him, but Mr Trump does not understand “affection or intimacy.”

The rumours of a rift between the former president and his wife were sparked off after she walked past Mr Trump as he tried to pose with her for the photographers upon their arrival at Florida after leaving the White House. The video clip had gone viral.

“I don’t believe he understands affection or intimacy,” she said.

Mary Trump branded Mr Trump as the “world’s most dangerous man” in her scathing memoir of him  — “Too Much and Never Enough” — a book that sold nearly one million copies on its first day of release.

“The damage Donald has done to this country is incalculable,” she said. “We’re just waiting to find out how much is irreparable.”

In her interview to CNN last week, she said Mr Trump’s final day in office when Joe Biden took the oath of office was “probably the worst day of his life.”

“The other thing I just want to point out about that speech, it was reminiscent of a video he made after the insurrection saying the movement is just beginning, which seems like a bit of a threat to me,” she said to CNN.

She said he would probably do everything possible to change the narrative around his legacy as US president.

0 0 0 0
Previous : BBC sex education programme tells 9-year-olds there are ‘over 100 genders’ and shows kids talking to adults about ‘bi-gender’, ‘genderqueer’ and ‘pansexual’ identities
Next : Fire-and-rehire tactics have become widespread during pandemic