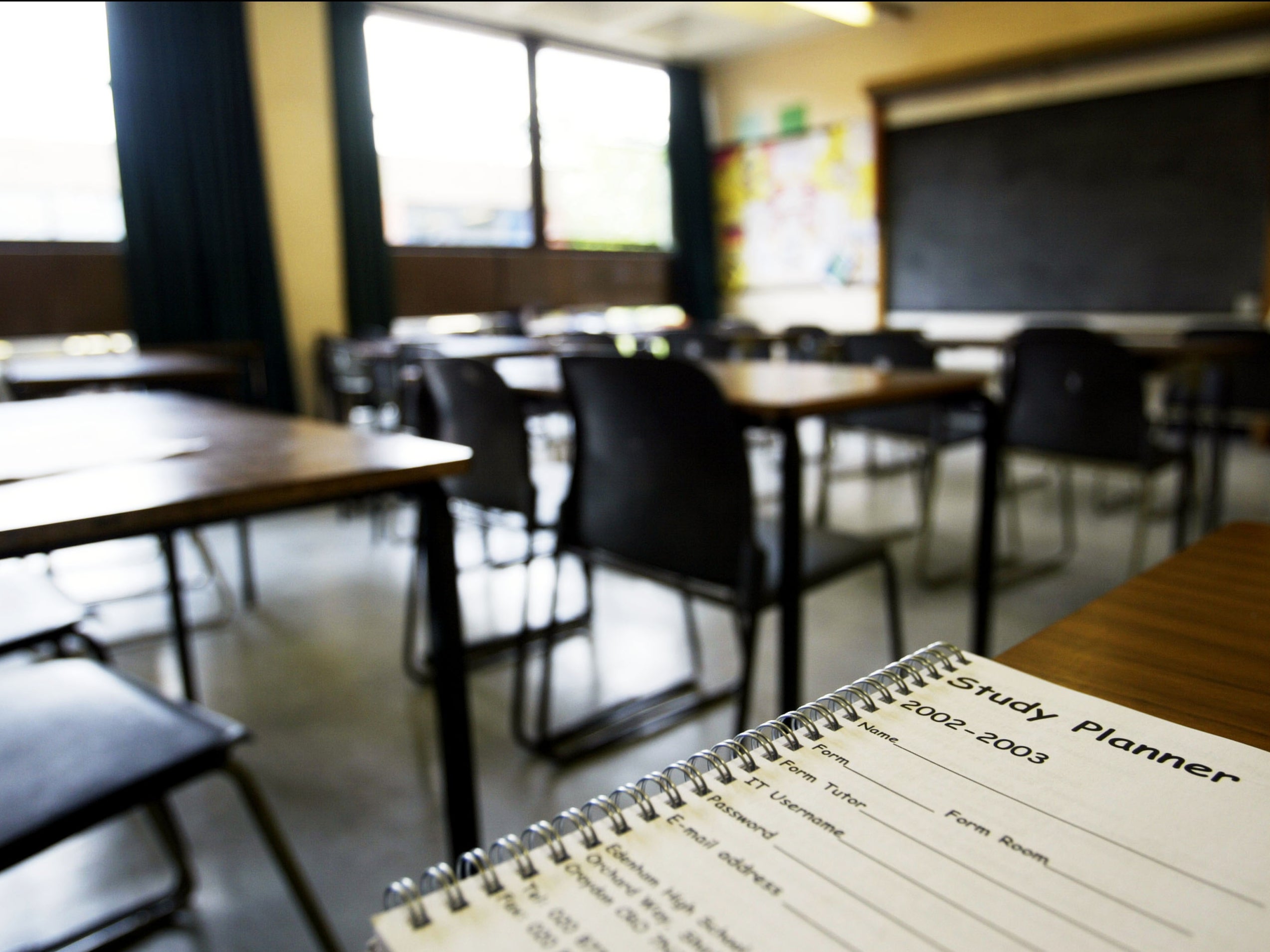 The government is facing a revolt after health secretary Matt Hancock indicated that schools may not be able to reopen until after Easter, with senior Tories urging greater clarity for pupils, parents and teachers and demanding a “route map” away from remote learning.

Continued closures mean “creating a ‘have and have-not’ society”, Tory education select committee chair Robert Halfon warned, calling on ministers to create a “route map” to get students back into classrooms.

Meanwhile, ministers have been urged to intervene at the DVLA offices where more than 500 people have now tested positive for coronavirus, branded a “scandal” by the PCS union. Several Welsh Government politicians have expressed concerns about reports emerging from the Swansea offices.

There are around 20,000 young people in Greater Manchester who do not have access to online learning, mayor Andy Burnham has claimed.

He accused the government of doing a “half-hearted job” to ensure all students have access to education during lockdown and are equipped with the digital means to learn during lockdown.

“If we can’t give schools a start date, they have to put in place the equipment to get kids online. And it’s just not good enough to do this sort of half-hearted job they have done so far,” he told Sky News.

“The longer kids are out of school, the greater the damage and we need to see every young person supported in their learning.

“I understand why you can’t set a date, but for goodness sake, you have to put in place an arrangement that allows every child to learn.”

Some hospitals have seen a five-fold increase in demand for oxygen, a senior medic has said, meaning that on some occasions this has meant it is “hard to deliver”.

“We’re seeing a massive number of patients not just in intensive care, but also in general medical wards, who need oxygen,” Rupert Pearse, a member of the Intensive Care Society, told Sky News.

“We’re seeing five-fold increases in oxygen demand and in a lot of hospitals, and, unsurprisingly, that’s hard to deliver on occasions.”

The consultant in intensive care medicine said that there are “lots of solutions” to the issue but the problem was “another contributor to the cognitive load” of already overstretched doctors.

“So for me, this isn’t so much about can patients get enough oxygen, it’s much more a signal, a marker that the NHS is still under immense pressure,” he said.

Universal Credit has been a “lifeline” and the government wants to try to “extend our support throughout the impact of this pandemic”, the work and pensions secretary has said, amid pressure for the current 31 March deadline to be extended.

Asked whether the £20-a-week uplift or other extra support will stay for the rest of this year, Therese Coffey told BBC Radio 4’s Today programme: “I think it is fair to say that I’m in active discussion with the Chancellor and of course with the Prime Minister about how we continue to make sure we support families during this difficult time.”

She said a decision will be made “soon” but declined to say exactly when.

Our social affairs correspondent May Bulman has this report on how the proposed cut will push struggling low-income families over the edge.

Opinion: It’s a Sin is a warning to Covid policymakers not to repeat the mistakes of the HIV epidemic

In his latest column, Ian Hamilton says that new Channel 4 series It’s a Sin “is a timely reminder of how the HIV/Aids epidemic played out in 1980s Britain – and there are some clear lessons from this period that should inform our approach to the current Covid-19 pandemic”.

“In the absence of any scientific evidence, rumour and bigotry flourished, again not only among lay people but sadly healthcare professionals too,” he writes for Independent Voices.

‘We’re creating a have and have-not society,’ Tory MP says

Tory MP Robert Halfon has said he is “hugely worried” about the “impact on mental health, on educational attainment, on safeguarding” as schools are shut.

The education select committee chair told Times Radio: “I’m not a lockdown sceptic – I voted for all of the government measures – but I am a permanent school-down sceptic.”

My colleague Vincent Wood  has more on the Tory row over schools reopening.

Should government tighten restrictions elsewhere to allow schools to return?

Asked if he would support the idea, Robert Halfon said: “It may be that one thing the government should consider is that even if there are tighter restrictions in other parts of our society and economy, you have those restrictions in order to enable the schools to open.”

Education select committee chair Robert Halfon has urged the government to set out a “route map” for getting children back into schools, after Matt Hancock warned this may not be until after Easter.

“The government said that the intention was to open the schools again after the February half-term – over the weekend in the newspapers it was indicated that the schools now won’t open until Easter, so that’s why I’m urging clarity for parents, children, teachers and support staff as to what the government plans are because there’s enormous uncertainty,” he told the BBC

“What I want the government to do is set out a route map and what I mean by that is set out what the conditions need to be before children can go back to school more fully.”

Boris Johnson ‘as keen as possible’ for schools to reopen, minister says

Boris Johnson is “as keen as possible” to get children back into school for face-to-face learning as soon as possible, the work and pensions secretary has said, amid Tory demands for a clearer plan for their return.

“I’m conscious the education secretary set out last week the approach that of course families and schools would be informed two weeks in advance,” Therese Coffey told Sky News.

“But the important (thing) is that we follow the evidence, that the infection rates get back under control, and meanwhile remote learning is continuing – but I am conscious of the pressure this brings on families at this time.”

More than 350 employees at the UK vehicle licensing agency’s contact centre in Swansea tested positive in the four months to December, bringing the total number of cases since the start of the pandemic to above 500.

Welsh health minister Vaughan Gething is among several senior politicians to say he is “concerned about anecdotal reports” emerging from the offices – with the BBC and The Observer reporting that some symptomatic employees had been encouraged to return to work, amid an alleged “culture of fear”.

Both outlets also reported complaints that “archaic” IT systems meant many employees could not work from home, and that close contacts were not always sent home to self-isolate, with workers allegedly advised to turn off their Test and Trace apps to prevent notifications of an infection risk.

For those who fell ill, absences of more than 10 days have triggered a warning, The Observer reported, citing a complaint received by Public Health Wales’s outbreak control team.

A DVLA spokesperson strenuously denied each of these allegations and said there are now no active cases in the office, with just four people self-isolating after a positive test across its entire estate.