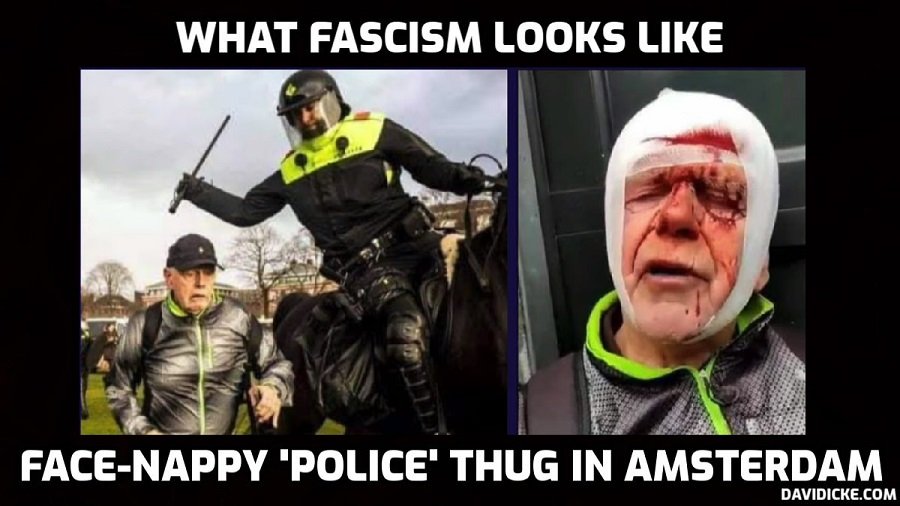 Some 240 people have been arrested as unrest spread to at least 10 municipalities across the Netherlands, with riot police using water cannons, batons, dogs and horses to break up unauthorized anti-lockdown gatherings and riots.

Police faced off with curfew-defying crowds in The Hague, Amsterdam, Eindhoven, Enschede, Venlo, Stein, Roermond, Oosterhout, Breda and elsewhere across the nation for the second day in a row on Sunday.

At least 190 people, including minors, were detained in Amsterdam alone, where some 1,500 protesters gathered at the central Museum Square, according to local media.

While most of the demonstrators were peaceful, some sitting on a field with their banners, authorities declared the entire gathering was illegal under the current Covid lockdown rules, and police forcefully dispersed it using water cannons and batons.

In Eindhoven, hundreds of protesters clashed with police, pelting fireworks and rocks at officers and police vans, while mounted cops charged the crowd and used tear gas against the demonstrators.

0 0 0 0
Previous : Secret file on Christian Drosten – the German virologist who is responsible for the PCR test ‘Covid’ protocol that has been producing fake ‘positives – fake ‘cases’ – across the world since January 2020 used to justify global fascism
Next : Orthodox Jews clash with police in Israel as some religious schools open in violation of fascist lockdown – David Icke