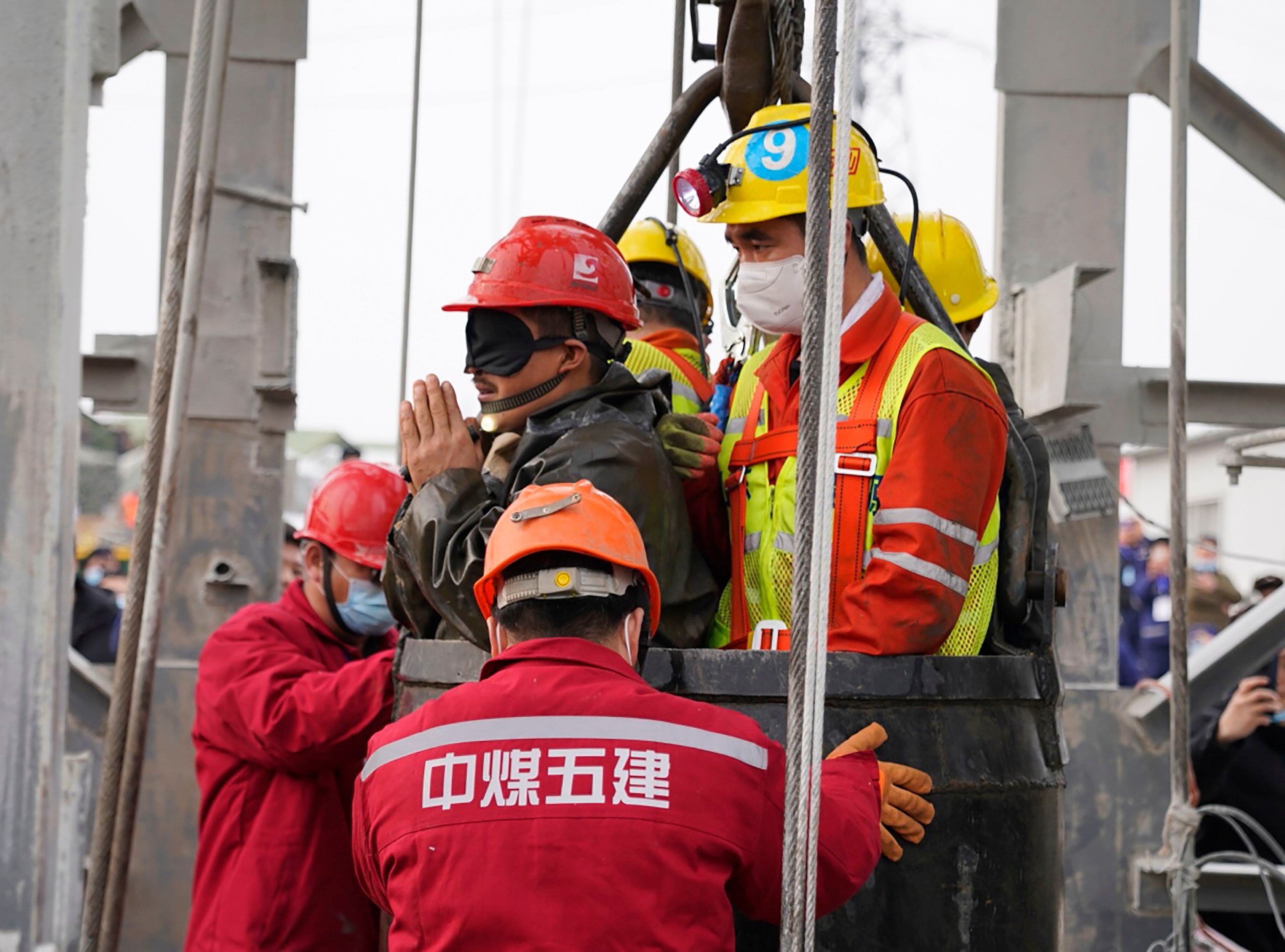 China mine explosion: Death toll rises to at least 10

The death toll for a mine explosion in China has risen to at least 10, after officials said rescuers had discovered nine bodies.

It had previously been reported another miner had died from a head wound following the blast in the coastal Shandong province.

Eleven miners were rescued earlier after being trapped for two weeks, and one person is still missing at the gold mine.

Search efforts will continue for the remaining miner until he is found, Chen Fei, the mayor of Yantai city – where the mine is located – said.

“Until this worker is found, we will not give up,” he said.

A total of 22 miners were trapped around 600m underground after an explosion at the Hushan mine on 10 January.