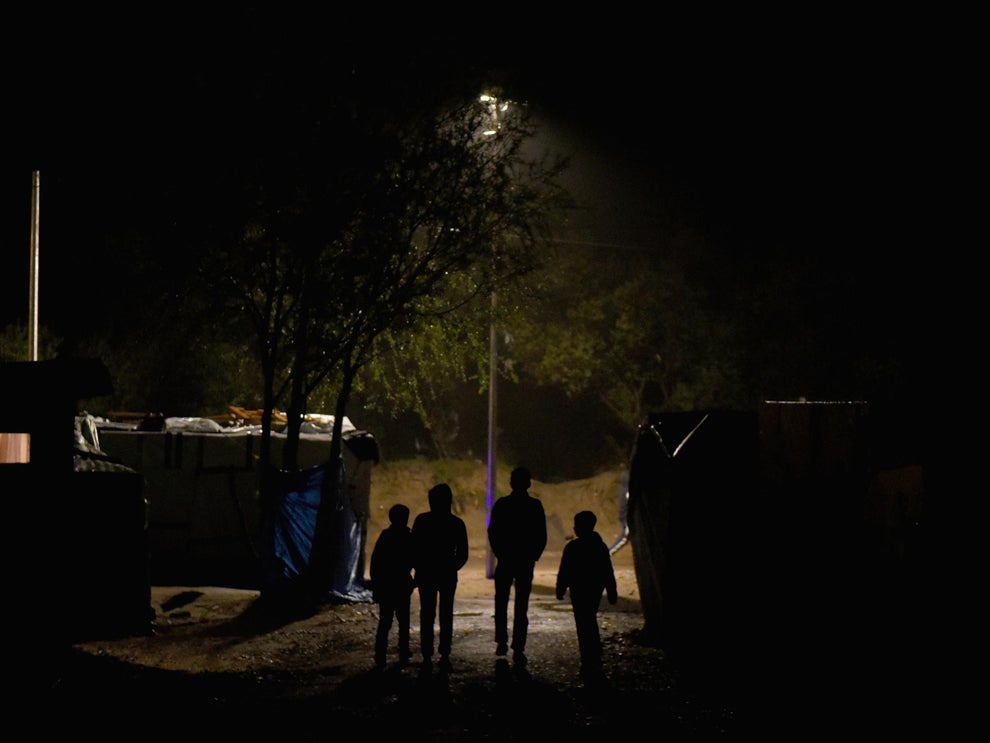 Unaccompanied child refugees will no longer be given sanctuary in the UK, the immigration minister has said – sparking claims that Britain has “turned its back” on vulnerable youngsters in need of protection.

The Dubs Amendment, passed in May 2016 by David Cameron’s government in the wake of an increase in refugees arriving in Europe during the Syrian war, required ministers to relocate and support asylum-seeking children from the continent.

But Chris Philp, the immigration minister, said that although the Home Office took the “responsibility for the welfare of children very seriously”, there would no longer be a legal route to Britain for these minors.

The only children still able to seek help in the UK are those who have relatives in Britain, who Mr Philp said would be able to come to Britain through the existing immigration rules.

Campaigners warned that the decision meant hundreds of vulnerable children would instead turn to people smuggling gangs to assist them with travelling to Britain, placing them at greater risk of trafficking.

The Dubs scheme was initially envisaged to offer settlement to 3,000 child refugees, but it was capped at 480 places. In May 2020, it emerged that this quota had been filled.

NGOs and cross-party MPs have since been calling on ministers to introduce a new, similar scheme to ensure that Britain is playing a role in protecting lone minors and that vulnerable children are not pushed into the hands of traffickers.

Last month, more than 70 cross-party MPs, including seven Conservative politicians, called on the government to provide “life-saving” sanctuary to unaccompanied child refugees in Europe – particularly those stranded on Greek islands, where a large fire on Lesvos in September left hundreds of unaccompanied children displaced.

There has also been mounting pressure on ministers to offer safe passage to child refugees in northern France, where charities say there are currently nearly 288 lone minors who are hoping to reach Britain but do not have relatives in the country.

However, in response to a question from Labour MP Alex Sobel asking what the Home Office is doing to help relocate unaccompanied children in the refugee camps on the Aegean Islands, Mr Philp said on Friday: “The Home Office takes its responsibility for the welfare of children very seriously.

“However, responsibility for asylum seekers and refugees in EU member states lies with the authorities of the safe EU country in which they are present in accordance with their international obligations.”

The immigration minister said asylum-seeking children in Europe would still be able to join family members in the UK – but said nothing about youngsters who don’t.

He said it was “important that we focus on ensuring that we can care for those who are already here before we agree to taking more children”, and claimed that resettling refugees from safe European countries created a “pull factor” for refugees to travel to Europe.

Mr Philp added: “The government is prioritising resettling vulnerable refugees direct from dangerous conflict zones rather than those who have often paid people smugglers to reach other safe European countries.”

The UK’s resettlement process, which transfers refugees directly from conflict zones to Britain, is currently up in the air, with the Home Office refusing to confirm when it will start a new programme that was due to start in May 2020.

Mr Philp’s claims that local councils were at capacity is also disputed, with the charity Safe Passage saying at least 25 UK councils had pledged over 1,400 places for child refugees in Europe, so long as the government provides support and a safe and legal route for these children to arrive.

Lord Alf Dubs, who campaigned for the Dubs Amendment in 2016, told The Independent Mr Philp’s response was “bitterly disappointing but I’m afraid not totally surprising”.

“They kept the door slightly open by saying they couldn’t find any more local authority places, but now to hear them saying it’s shut altogether, that is rather more definitive than before,” he said.

“I am surprised at the bluntness with which they’ve said it. It’s all part of a chain of events that’s making things harder for refugees.”

Lord Dubs added: “Obviously what [unaccompanied minors in Greece] will do is they’ll try to make their way across Europe and get to a country where they’ll feel they have more chance, whether that’s Germany, Sweden or the UK.

“The ones who have got to Calais will get in touch with traffickers and try and get to the UK in the most dangerous way possible, risking their lives. Whether we’re in the EU not, we should play our part in sharing responsibility for these kids.”

Cllr Kevin Bonavia, cabinet member for refugees at Lewisham Council, which has said it is willing to take in more child refugees with appropriate government support, described the minister’s response as “deeply depressing” and accused the government of showing a “callous disregard for the plight of children in the refugee crisis”.

“And once again the government makes the shameful claim of the so-called ‘pull factor’ for refugees. Children running away from war or persecution will always do so – the real question is how. Cutting off legal safe routes to sanctuary simply means pushing them into the hands of traffickers and all the horrors that come with that.”

Beth Gardiner-Smith, chief executive of Safe Passage International, said: “Children alone in Europe are sleeping rough in the snow, in derelict buildings and tents in overcrowded camps. Leaving the EU doesn’t mean we must turn our back on these children.

“We urge the government to continue to provide sanctuary to some of the most vulnerable unaccompanied refugee children in Europe, demonstrating solidarity with our closest neighbours, and providing global leadership rather than retreating from our international commitments.”

Josie Naughton co-founder and chief executive of charity Choose Love, said that while leaving the EU could have been an “opportunity to turn the UK into a beacon for human rights”, it instead appeared as though the government was using it as an opportunity to “turn its back on the weakest in society”.

Responding to the criticisms, Mr Philp said Britain had been the top resettlement country in Europe over the past five years, but that its priority was resettling those in dangerous conflict zones.

“In 2019 we received more asylum applications from unaccompanied asylum-seeking children than any other European country, including Greece,” he added.

“We’re fixing the asylum system to make it firm and fair, providing compassion to those who are fleeing oppression or tyranny. That’s why we’re honouring our commitment to those refugees who’ve been invited to the UK, and why we will roll out a new global resettlement scheme which will welcome people through safe and legal routes.”

0 0 0 0
Previous : National Guard To Be Kept In D.C. For Trump Impeachment Trial – David Icke
Next : Home Office urged to publish review into ‘desperate’ asylum camps amid concerns about Covid outbreak