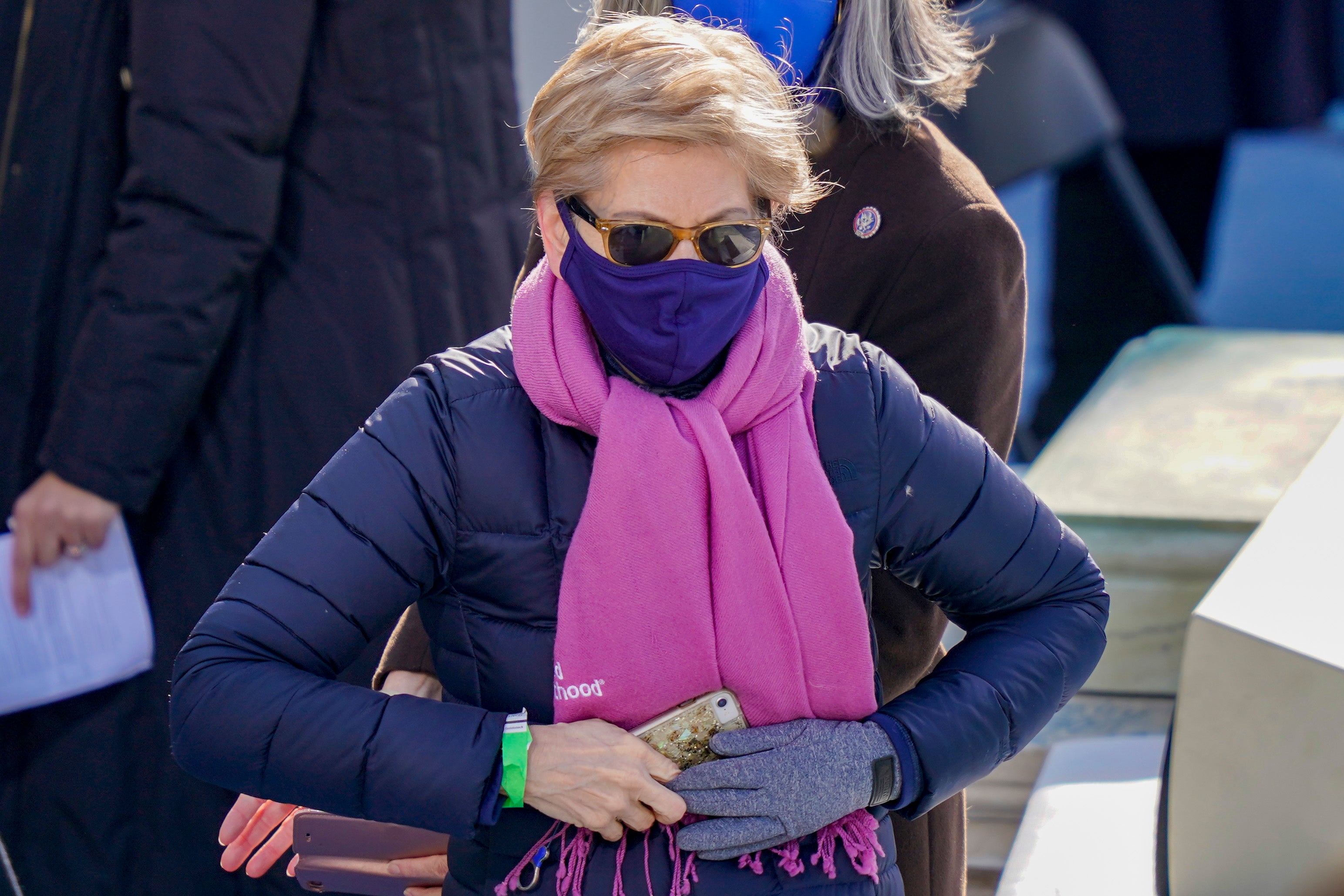 The US economy has lost around 10 million positions since the pandemic struck, with women accounting for around 1 million more of those losses than men. Latest figures showed that in December, jobs increased for men, while women lost a further 140,000 posts.

“The pandemic has really set women back. And make no mistake, this is not something women are going to recover from in just the space of a few months or even a few years,” she told CNN. “This will have lifetime consequences.”

She added: “Women are getting hit in every direction. Low-income women and moderate-income women, have suffered from greater layoffs, they’ve struggled with childcare, so that they can’t get to work and, therefore ended up with more job loss.”

Other surveys have shown there is a clear racial disparity hidden in the numbers as well. Black and Latina women have suffered more job losses than their white counterparts.

Many women of colour occupy roles that do not offer childcare, or the chance to work from home, as many people have done during the pandemic.

Ms Warren, 71, who represents Massachusetts, was among the large pool of candidates seeking the Democratic Party’s 2020 nomination for the presidency and the chance to take on Donald Trump.

She was particularly popular among progressives, and impressed many for offering detailed, costed plans to support the programmes she backed, including Medicare for All, and the Green New Deal.

As it was, she dropped out in March 2020, having failed to win any of the early primaries and running into fierce competition from the likes of Joe Biden and Bernie Sanders.

She very noticeably waited some weeks before endorsing Mr Biden, not wanting to be seen to be disloyal to Mr Sanders, many of whose policies she shared.

“Empathy matters. And, in this moment of crisis, it’s more important than ever that the next president restores Americans’ faith in good, effective government,” she said when she did endorse him. “Joe Biden has spent nearly his entire life in public service. He knows that a government run with integrity.”

Some had hoped she might join the cabinet, possibly as Treasury secretary. Many had also hoped Mr Sanders might also feature as Labour secretary.

Yet there was also a real desire to keep her Senate seat in Democratic hands, and there was concern over the fact Massachusetts Republican governor Charlie Baker may appoint a temporary replacement for her.

As it was, Janet Yellen was appointed Treasury secretary, becoming the first woman in that role, and Boston Mayor Marty Walsh was picked to be nominee for the labour job.

During the campaign, Ms Warren had backed universal childcare, to help women in the workplace. She returned to that idea on Sunday, when she said the way women were being hit by job losses now would last into their later careers, and even retirement.

“That’s the nature of the problem. What we need to focus on is real structural solutions,” she said. “ First one, we need universal childcare in this country. We need to join the other high income nations that make a real investment in letting parents work or letting parents finish their education.”

She added: “We also need to raise the wages of every child care worker and preschool teacher in America. That’s one way that we can help women.”