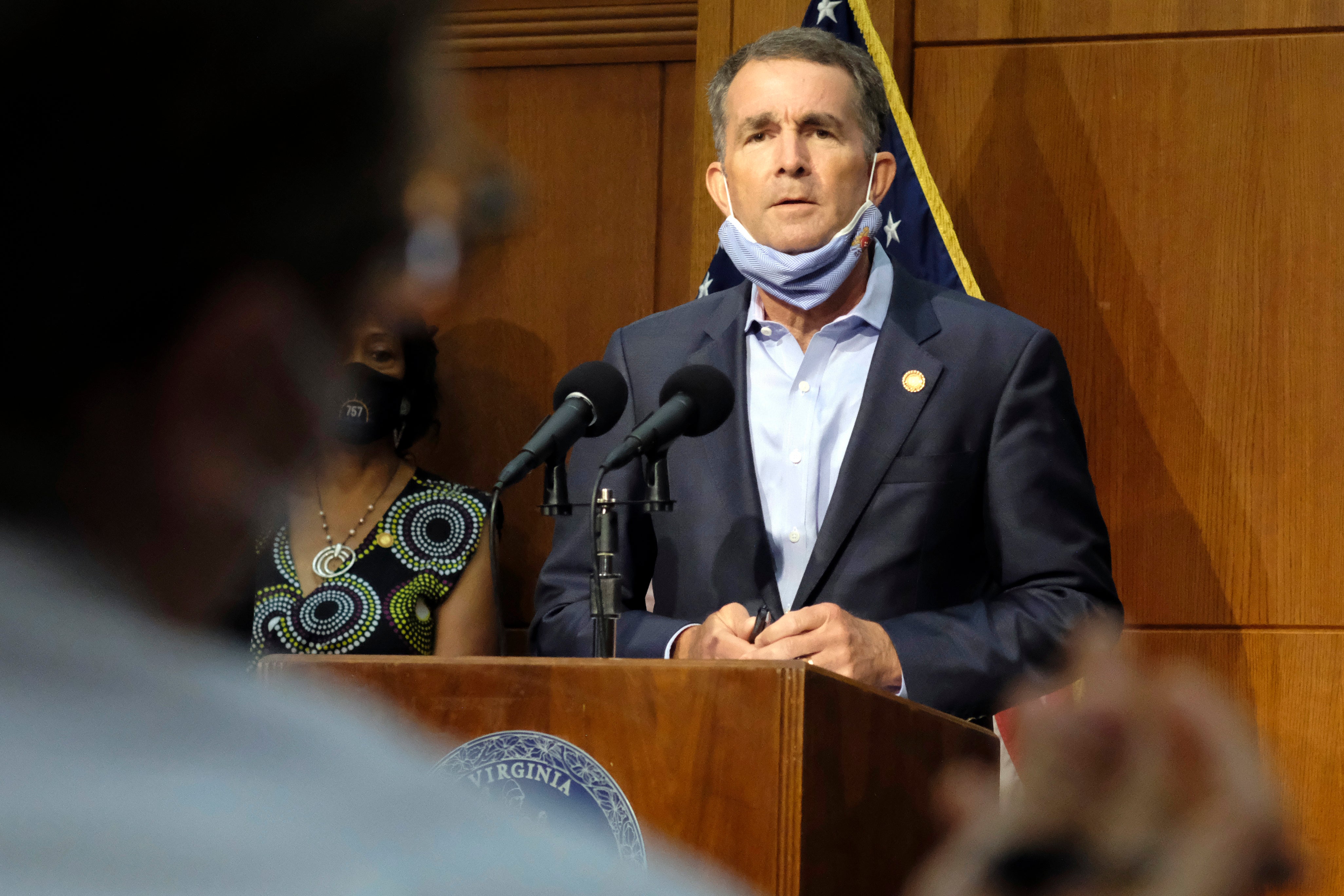 Virginia, a state that has executed more prisoners than any other in America, appears poised to eliminate the death penalty – a seismic shift for the state legislature, which just five years ago looked to the electric chair and secret pharmaceutical deals to keep the ultimate punishment alive.

The former capital of the Confederacy would become the first Southern state to abolish capital punishment if a bill on track to pass the Senate gets out of the House and over to the desk of Governor Ralph Northam, a Democrat, who has promised to sign it.

A ban in Virginia could help sweep in change across the South, according to experts who say racial disparities in the death penalty’s application have roots in the region’s history of slavery and Jim Crow segregation.

“Just as Confederate monuments are being dismantled, this vestige of Confederate law is also facing dismantling,” said Robert Dunham, executive director of the Death Penalty Information Centre. “That historical context is a central part of the repeal. And repeal offers a real opportunity for racial healing.”

As recently as last year, as Democrats took full control in Richmond for the first time in a generation and ushered in vast changes on many fronts, efforts to ban or restrict the death penalty sputtered.

Bills to ban execution failed. A more modest effort, to prohibit it in cases of severe mental illness, cleared the Senate with hefty bipartisan support. But a House subcommittee led by a Democratic prosecutor let that and other death penalty bills die without a hearing.

“I think the prospects are excellent that we’re going to end the death penalty in 2021,” said Mr Mullin, a criminal prosecutor for the city of Hampton who heads the subcommittee that hears proposals to change the criminal code.

Mullin’s bill has not advanced yet, but a version sponsored by Senator Scott Surovell, D-Fairfax, has cleared one Senate committee and is expected to pass a second, which will review its fiscal impact. The measure appears to have the votes to pass the full Senate.

While Mullin credits Northam’s leadership for the change, death penalty experts say Virginia’s effort dovetails with a national shift away from executions, in both law and practice.

Advances in DNA technology, which have exposed 174 wrongful death row convictions since 1973, have prompted some states to ban the practice over time. More recently, remaining death penalty states have struggled to carry out executions because of a scarcity of lethal injection drugs.

The abolition movement has taken hold in Virginia amid calls for racial justice. Nationally, non-Whites account for a disproportionate 55% of inmates on death row, according to the American Civil Liberties Union.

Video of George Floyd, an unarmed Black man, dying under the knee of a White police officer in Minneapolis in May led to protests and criminal justice overhauls in Virginia and across the nation. Images of mostly White supporters of President Donald Trump storming the Capitol this month with limited pushback from police illustrated, for some, how racial bias warps the administration of justice.

Those events could boost the repeal efforts in Virginia, as well as the broader criminal justice overhaul that Democrats began in a summertime special session and continue to push in the regular session that began this month. But a handful of other bills could cost Democrats some GOP support.

Senator William Stanley, R-Franklin, a longtime execution foe, signed on as a chief co-sponsor of Surovell’s bill and voted for it in committee on Monday. But Stanley said he will yank his support if the legislature votes to eliminate mandatory minimum sentences. He wants the death penalty to go away, but only if the worst offenders receive mandatory life sentences, with no chance for parole.

“If there’s somebody who murders multiple people or a cop, they should never see the light of day,” he said. “You can say, ‘Life without parole,’ and then [with] no mandatory minimum, it defeats the whole purpose.”

If the Democrats who control the House and Senate stick together, they do not need GOP votes to abolish the death penalty. But Democrats might benefit politically from a bipartisan vote, since that would make it harder for Republicans, who have leaned heavily on law-and-order issues in this year’s gubernatorial race, to use abolition to paint them as soft on crime.

Last year, the 28 states that have the death penalty carried out a combined 17 executions, a 37-year low. That drop was attributed in part to the coronavirus pandemic, as officials deemed executions a health risk for those involved. But the pace had been slowing even before the health crisis, in large part due to the unavailability of lethal injection drugs.

At the same time, the Trump administration went in the opposite direction, resuming federal executions after a 17-year pause. In Trump’s final six months, the federal government carried out 13.

Virginia, which carried out its first execution in 1608 and put colonists to death for such infractions as stealing grapes and killing chickens, has been the nation’s most prolific death penalty state over the past four centuries. Even in the modern era, after the U.S. Supreme Court reinstated the death penalty in 1976, Virginia has executed 113 people – more than any state, with Texas and Oklahoma, as a close third.

The death penalty has had a strong connection to the commonwealth’s history of racial injustice. State law used to differentiate capital and noncapital crimes based on the race of the perpetrator and the race of the victim. Once that discrimination was declared unconstitutional, it persisted in practice due to the discretion afforded all-White juries, said Dunham, of the Death Penalty Information Centre.

From 1900 to 1969, he said, Virginia did not execute a single White person for any offence that did not result in death, while 73 Black men were executed for rape, attempted rape or robbery.

“You’re more likely to get charged with a capital crime and found guilty of one if you’re a minority, suffer from mental illness, you’re low-income, you’ve got diminished intellectual capacity, or if you kill a White person and you’re not White,” he said.

Mr Surovell said that with the death penalty still on the books, Virginia is “out of step with the rest of the world.”

“The countries that are still utilising this punishment are places like Pakistan, Saudi Arabia, Egypt, China and, for a while, [the Islamic State],” he said. “Most Western industrialised democracies have moved on.”

Colorado eliminated the death penalty last year, becoming the 22nd state to do so. The trend has been spreading toward Virginia, from New England down the Atlantic Coast to Delaware and neighbouring Washington, D.C., and Maryland, which abolished the death penalty in 2013. But until recently, Virginia lawmakers seemed content to buck it.

The Republicans who controlled the state House and Senate in 2016 passed a bill that would make the electric chair Virginia’s default method of execution. Under the law then, as now, condemned inmates can choose the method of execution: lethal injection or the chair.

In 2016, execution drugs had become scarce, with pharmaceutical companies pressured by death penalty foes to stop selling them. The bill would have let the state use the electric chair when it could not obtain the drugs. When it got to the desk of then-Governor Terry McAuliffe, the Democrat called it “reprehensible” and gutted the bill, but in a way that allowed the state to carry on with executions by specially ordering execution drugs from compounding pharmacies. The pharmacies’ identities were to be kept secret to shield them from political pressure.

The plan was controversial not only among death penalty opponents but also among right- and left-wing critics of government secrecy. But it passed with help from conservative Democrats and became law.

Newly empowered Democrats repealed that law last year. But that was the only action they took on the death penalty over the course of a 65-day regular session and a marathon 84-day special session called, in part, to address racial injustice.

As the once solidly conservative state has become more urbanised, racially diverse and socially liberal, opposition to capital punishment has shifted from a political liability to a potential asset. McAuliffe won the governor’s race in 2013 on a promise to uphold executions as a matter of state law, despite his personal opposition as a Catholic. This year, he and every other Democrat running for governor are calling for the abolition of the death penalty.

One of his rivals for the Democratic nomination, state Senator Jennifer McClellan of Richmond, voted as a delegate in 2007 to expand the death penalty to cover an accomplice to murder, rather than just the perpetrator or “triggerman.” Then-Governor Tim Kaine, a Democrat, vetoed the measure.

The shift against the death penalty has not been welcomed by law enforcement groups. Wayne Huggins, executive director of the Virginia State Police Association, said repealing the death penalty would be an insult to the families of slain officers, particularly if paired with bills to reinstate parole and eliminate mandatory minimums.

“From our perspective, it’s injustice,” Mr Huggins, who testified against the bill Monday, said later in an interview. “It sends a terrible message to society in general and the law enforcement community in particular.”

But some of the state’s prosecutors, who have traditionally sided with law enforcement on the death penalty, have lined up this year in favour of repeal.

Attorney General Mark Herring, a Democrat, who as a state senator in 2007 also voted for the “triggerman” expansion, is advocating repeal as he seeks a third term this year. Mr Surovell’s bill also has support from about a dozen of the state’s commonwealth’s attorneys, who last summer formed the group Virginia Progressive Prosecutors for Justice and represent 40 per cent of the state’s population.

In some ways, the political shifts are only catching up with public sentiment. A November 2019 Gallup poll found that for the first time in 34 years, a majority of Americans said life imprisonment with no possibility of parole was a better punishment for murder than the death penalty.

No jury in Virginia has imposed a death sentence since 2011. The state has not executed anyone since 2017, when it put two people to death.

Senate Majority Leader Richard Saslaw, D-Fairfax, a longtime death penalty supporter, still backs its use for mass murderers. But he had no reservations about voting for Surovell’s bill in committee Monday because the death penalty is effectively all but gone in Virginia anyway.

“There are only two people on death row; juries are just not handing out the sentences anymore,” he said. “That option’s not there right now.”

Senator Chap Petersen, D-Fairfax City, first won election to the legislature 20 years ago, as a wave of sniper shootings had terrorized the Washington region- crimes that led him to believe “there are times when the death penalty can be an option.”

Yet he, too, voted for Mr Surovell’s bill in committee. Mr Petersen said he got on board with abolition this year, not because of any shift in his personal beliefs, but because he knows that’s what his changing Northern Virginia district clearly wants.

“I don’t change my opinion on a lot of issues,” he said. “But on that one, I bowed to an emerging social consensus.”