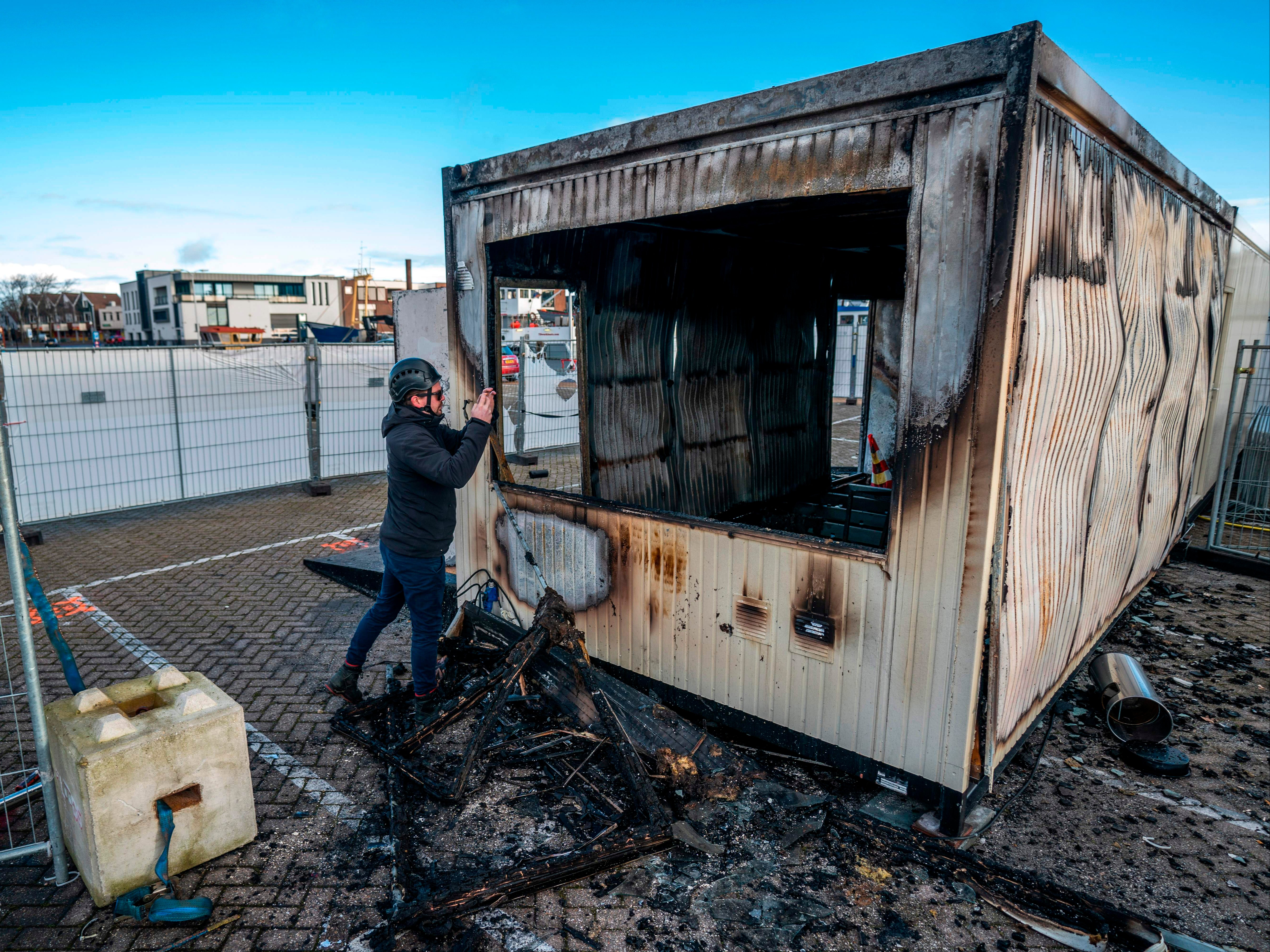 A young crowd of rioters have burnt down a coronavirus testing centre in a conservative Dutch fishing village, as the first night of a nationwide curfew was met with a largely peaceful – but occasionally incendiary – response.

The angry mob was also accused of destroying police cars and pelting officers with bricks and fireworks in Urk, situated 50 miles northeast of Amsterdam, prompting the mayor to invoke emergency powers and call for riot police – who arrived after the crowd had been tamed.

Footage showed dozens of protesters at the village’s harbour as the new 9pm curfew came into effect, some blaring car and moped horns. While several fires appeared to have been lit, the largest was the blaze at a drive-through test centre, which was reduced to a burnt-out shell.

Local officials and police issued a statement denouncing the protest as “not only unacceptable, but also a slap in the face, especially for the local health authority staff who do all they can at the test centre to help people from Urk”, adding: “The curfew will be strictly enforced for the next week.”

Dutch police said it was “totally quiet” in most parts of the Netherlands after 9pm on Saturday, but some unrest was reported elsewhere.

Police said they handed out 3,600 fines for curfew violations and arrested 25 people who refused to go home or committed acts of violence.

More than a dozen arrests were made in the town of Stein after a group of around 100 young people refused to go home, some of whom shot fireworks at police, according to broadcaster 1Limburg.

And in Rotterdam, 50 people were fined for protesting lockdown and the new curfew, Dutch News reported.

Meanwhile, Amsterdam officials were bracing for a protest at Museum Square on Sunday afternoon, with mayor Femke Halsema designating the area as a “high-risk zone” to give police the power to frisk people for weapons.

Last Sunday, protesters clashed with riot police on horseback on the square, leading to the detention of 143 people.

The curfew – enforceable with €95 fine – was narrowly approved last week by Dutch politicians often swayed by assertions that the variant discovered in the UK is about to cause a new surge in cases.

New infections in the Netherlands have generally been declining for a month, after hospitality venues shut in October and schools and non-essential shops closed in mid-December.

The last EU country to start vaccinating, only around 77,000 doctors and nurses have received a dose so far.