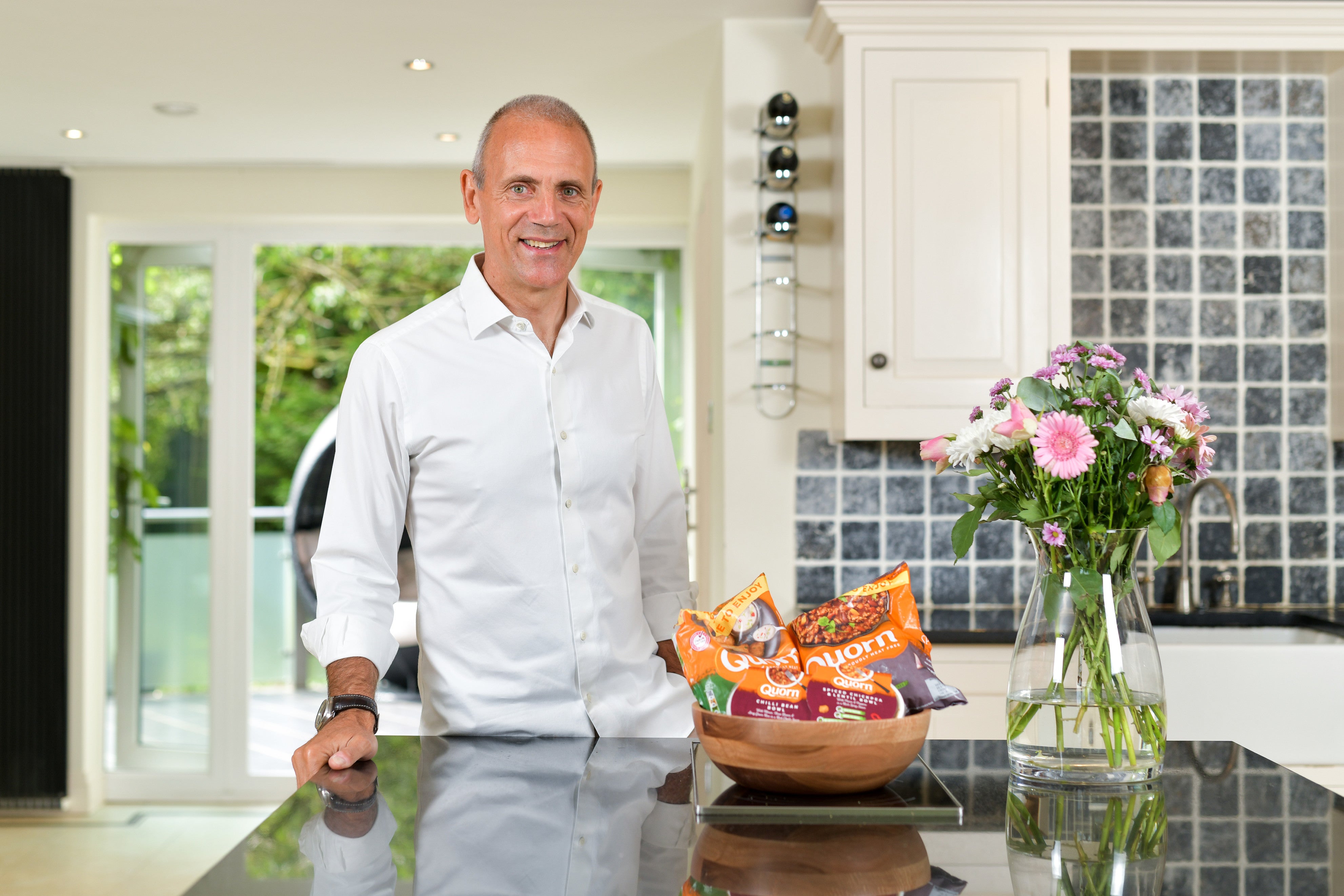 s a young intern at Unilever in Italy, engineering graduate Marco Bertacca discovered that the eight people working on different parts of his assembly line were out of sync and perpetually bickering. He came up with a system of rotation that neatly solved the problem and got everyone working in harmony again. Which had two other consequences: Unilever offered him a full-time job and he realised he was probably better at working with people than engineering. “I’m not a very good engineer,” he says. Fast-forward 30 years, and he is CEO of Quorn in the UK and aiming to feed 8 billion people.

Bertacca was born in Milan, but is a highly nomadic citizen of the world. He says his globetrotting is largely down to his wife, Victoria. “She is the explorer – I was just a normal kid.” When he came home one day and told her he had been offered a post abroad, the first question she asked him was “When are we going?” It was all about the adventure. Had she bothered with “Where?” the answer would have been England and the Wirral.

They bought a motorhome and travelled the length and breadth of the country, from Scotland to Wales to Cornwall. “We didn’t feel the need to go back to Italy for our holidays. We took our kids with us and we said, ‘Let’s explore right here.’” They joined the Caravan Club who gave them a map and locations. “Sometimes you woke up in the morning and there would be a farmer knocking on your window and saying, ‘You parked in the wrong field!’ Or you’d get stuck in the mud and you’d need a tractor to haul you out again. It was a beautiful part of our lives.”

0 0 0 0
Previous : Brian Rose's Real Deal – Sadiq Khan Is Wasting Our Money & Running London Into The Ground | EPISODE
Next : Nicola Sturgeon insists ‘I did not mislead Parliament’ as investigation into Alex Salmond affair stepped up