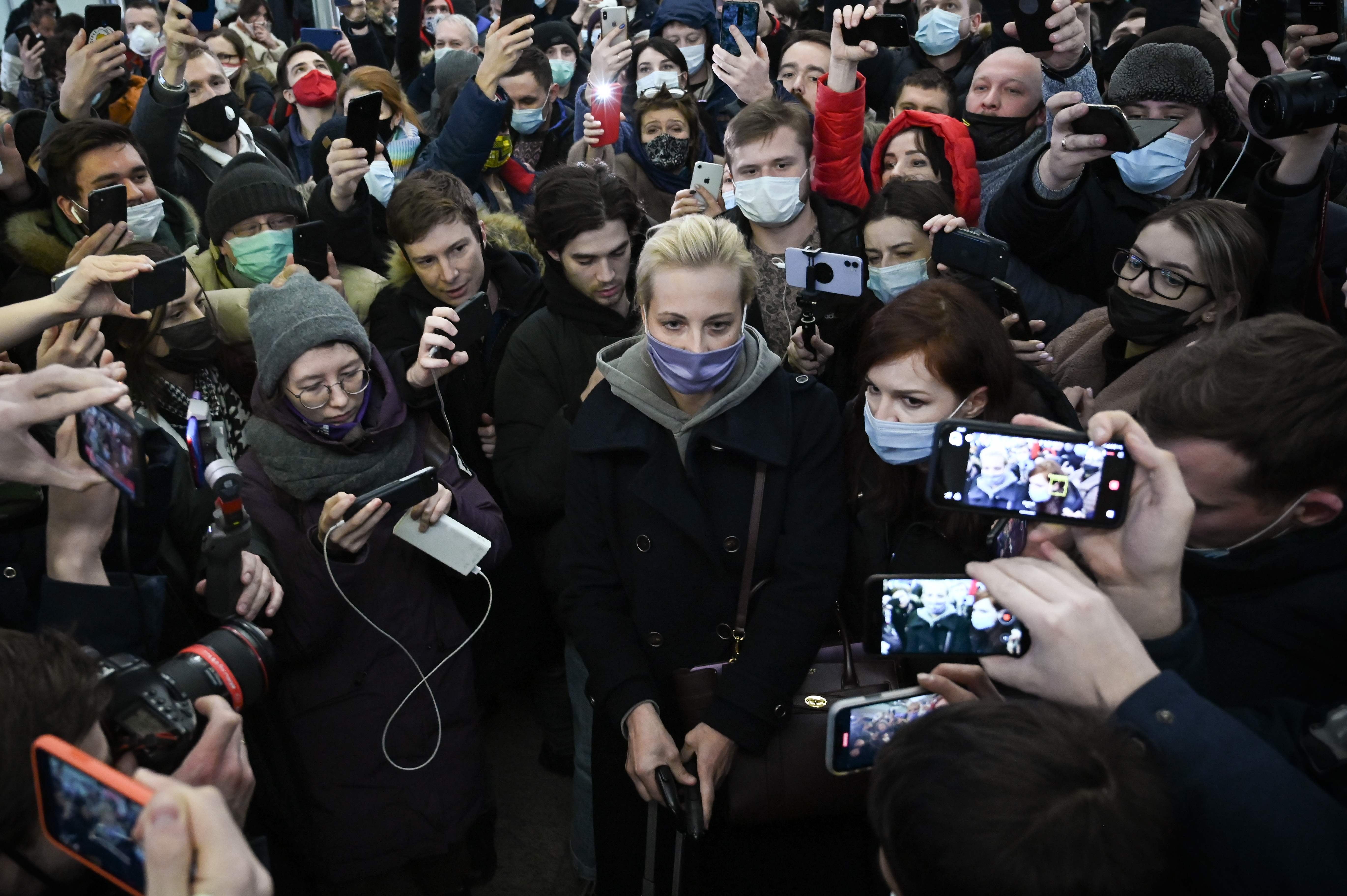 t was an image that crystallised last weekend’s news. Yulia Navalnaya, the tall, blonde 44-year-old wife of Russia’s most prominent opposition leader, embracing her husband at border control in a moment of cruelty and tenderness. The two had come home understanding the risks of returning to the lair of unsuccessful assassins – and the likelihood that a period of extended separation would follow.

To describe the chapters of the couple’s last five months as Shakespearean risks underselling the genre. To recap: first came the attack by a military-grade nerve agent. Then, the fortune of a quick thinking pilot and first responders. The agonising days of obfuscation by local bureaucrats. The drama of evacuation and the miracle of recovery. An investigation and a phone call that incriminated agents of the Kremlin.

Yet for many, it was exactly that; a Romeo and Juliet in Russian replay. Yulia Navalnaya’s impassioned defence of her man at every step along the way – from haranguing mendacious chief doctors to besieging Vladimir Putin to permit her husband’s evacuation – tugged at the emotions of many compatriots in ways they had not been before. Her ordinarily hard-shelled spouse was first among them. “Love heals and brings back to life,” Alexei wrote in a post-recovery ode. “Yulia, you saved me, and let them write that in the neuroscience textbooks.”