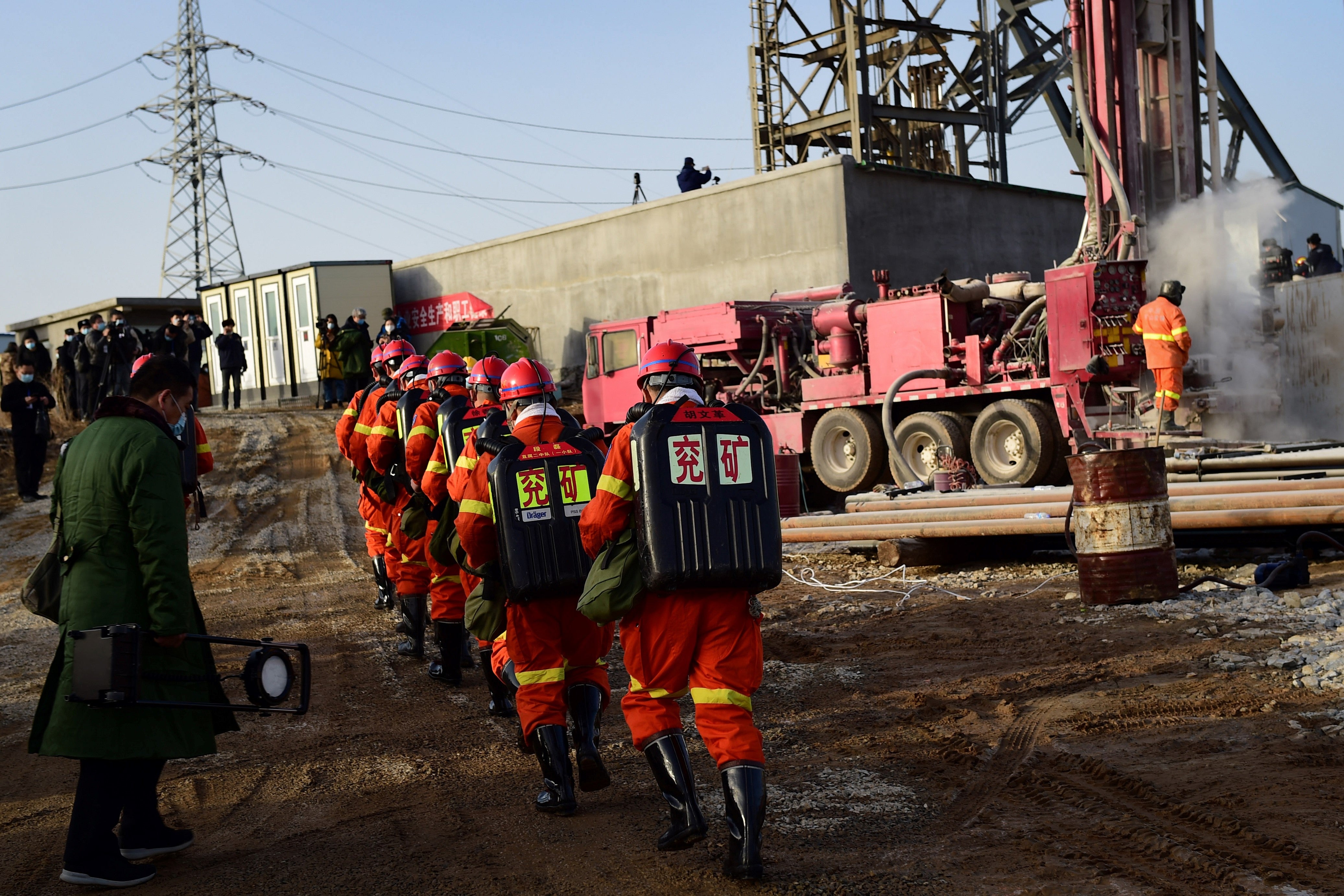 Eleven gold miners trapped by an explosion in China have been pulled to safety after a fortnight stuck 600m underground,  according to state media.

Some 22 people are believed to have become trapped when an explosion blocked the entrance tunnel to Hushan gold mine, in Shandong province, on 10 January.

Footage showed rescuers pulling the first man from the mine shaft on Sunday morning, wearing a black blindfold across his eyes to protect them after weeks of darkness.

He was extremely weak, barely responsive and was taken to hospital in an ambulance, state broadcaster CCTV reported on Weibo.

Over the course of the following hours, 10 more miners were rescued from different sections of the mine, each hauled up the mine shaft in baskets.

Several were shown walking, supported by rescue workers – before leaving the site in ambulances.

Another person pulled to the surface was reported to have died from a head wound following the blast.

Officials said on Thursday that it could take another two weeks to clear “severe blockages” before they could drill shafts to reach the group, who have been receiving supplies of food from the rescue team.

However, state media reported that the more than 600 rescuers on site were hoping to reach the men in the mine’s fifth section later on Sunday.

The men were said to be in good physical condition and had been receiving normal food since Saturday, after several days of living off nutrient solutions, state news agency Xinhua reported.

It is a week since rescuers learnt that at least 12 of the 22 miners were still alive, after they sent a handwritten note up the rescue shaft.

The note warned that at least four were injured and the condition of the others was deteriorating due to lack of water and fresh air. The miners also said there was thick smoke and underground water where they were trapped, according to Xinhua.

Authorities have detained mine managers for delaying reporting the accident in the major gold-producing region of Qixia and, a few days after the incident, a communist party leader and local mayor were sacked. An investigation is underway.

Increased supervision has improved safety in China’s mining industry, which used to average 5,000 deaths per year. However, demand for coal and precious metals continues to prompt corner-cutting, and two accidents in Chongqing last year killed 39 miners.