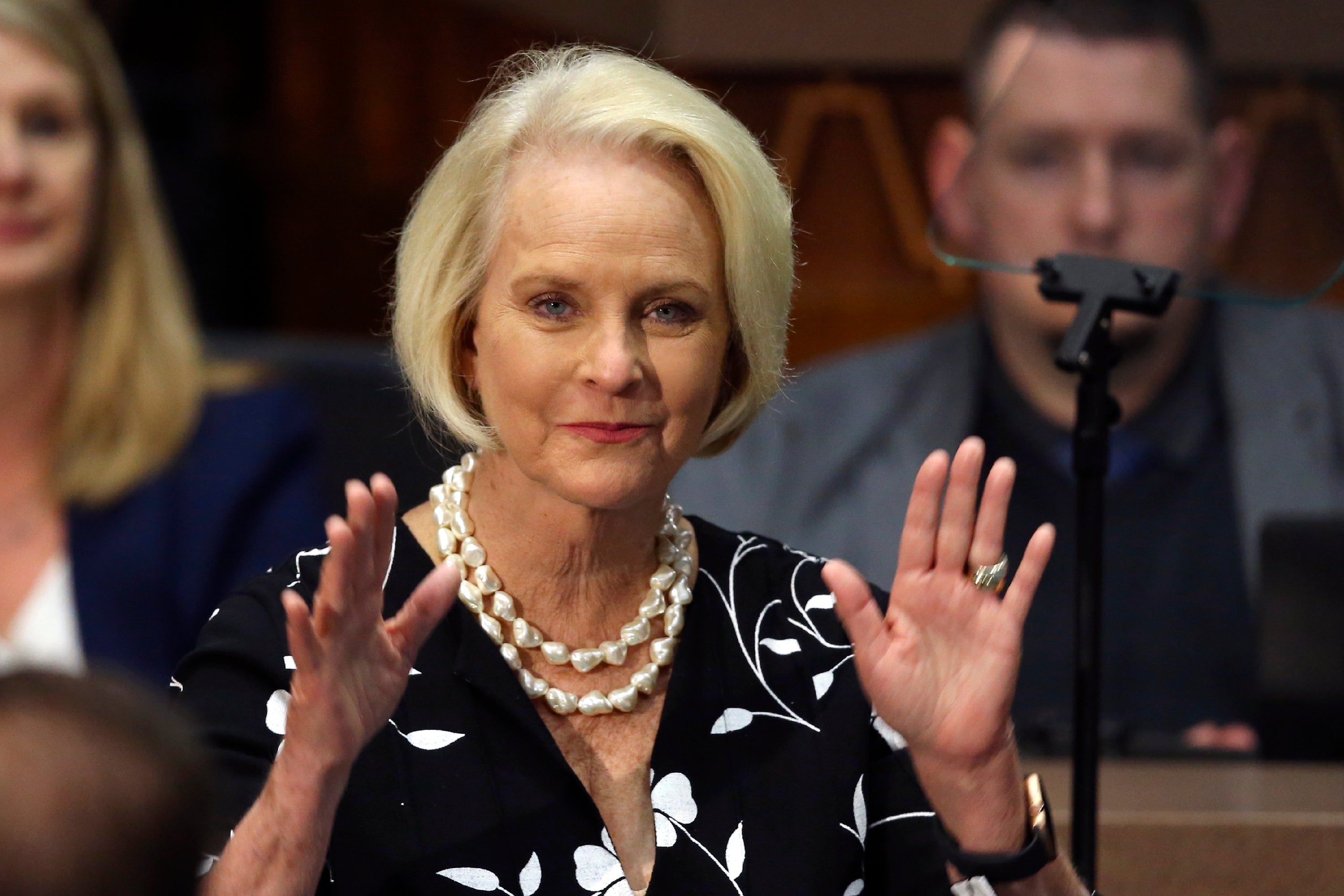 The censures of Sen. John McCain’s widow, former Sen. Jeff Flake and Gov. Doug Ducey are merely symbolic. But they show the party’s foot soldiers are focused on enforcing loyalty to Trump, even in the wake of an election that saw Arizona inch away from its staunchly Republican roots.

Party activists also reelected controversial Chairwoman Kelli Ward who has been one of Trump’s most unflinching supporters and among the most prolific promoters of his baseless allegations of election fraud.

The Arizona GOP’s combative focus has delighted Trump’s staunchest supporters and worried Republican insiders who have watched the party lose ground in the suburbs as the influence of its traditional conservative establishment has faded in favor of Trump. A growing electorate of young Latinos and newcomers bringing their more liberal politics from back home have further hurt the GOP.

“This is a time for choosing for Republicans. Are we going to be the conservative party?” said Kirk Adams, a former state House speaker and chief of staff to Ducey. “Or is this a party … that’s loyal to a single person?”

It’s a question of Republican identity that party officials and activists are facing across the country following Trump’s 2020 loss, and particularly after a mob of his supporters laid siege on the U.S. Capitol on Jan. 6.

Nowhere is the question more acute than Arizona, where the state GOP’s unflinching loyalty to Trump stands out even in a party that’s been remade everywhere in the image of the former president.

Ward has relentlessly — but unsuccessfully — sued to overturn the election results. The party has used its social media accounts to urge followers to fight and perhaps even to die in support of Trump’s false claims of victory. Two of the state’s four Republican congressmen are accused of playing a role in organizing the Jan. 6 rally that turned violent.

After dominating Arizona politics for decades, Republicans now find themselves on their heels in the state’s highest offices. President Joe Biden narrowly eked out a victory here, becoming just the second Democrat in more than five decades to win the state. Consecutive victories in 2018 and 2020 gave Democrats control of both U.S. Senate seats for the first time in nearly 70 years.

In a brief interview, Ward acknowledged “disappointment at the top of the ticket” but said she and many other Republicans still question the results showing victories for Biden and Democratic Sen. Mark Kelly. Judges have rejected eight lawsuits challenging Arizona’s election results.

Ward said she’s a “Trump Republican” who will “always put America first, who believes in faith, family and freedom.” The way forward for the GOP, she said, is keeping Trump’s 74 million voters engaged.

“Yes, I will be radical about those things because those are the things that keep this country great,” Ward said. “The people who are complaining are the people who actually put us in this spot where we are in Arizona, people who have been mamby pamby, lie down and allow the Democrats to walk all over them.”

The censures target some of Arizona’s most prominent Republicans,

Cindy McCain endorsed Biden and became a powerful surrogate for the Democrat following years of attacks by Trump on her husband.

“Maybe (Ward) should be reminded that my husband never lost an Arizona election since his first win in 1982,” McCain said in a statement before the vote.

Flake was one of the few congressional Republicans who was openly critical of Trump for failing to adhere to conservative values. He declined to run for reelection in 2018 and endorsed Biden in last year’s election.

“If condoning the President’s behavior is required to stay in the Party’s good graces, I’m just fine being on the outs,” Flake wrote on Twitter before the vote.

Ducey is being targeted for his restrictions on individuals and businesses to contain the spread of COVID-19. While it’s not mentioned in the proposed censure, he had a high-profile break with the president when he signed the certification of Biden’s victory.

“These resolutions are of no consequence whatsoever and the people behind them have lost whatever little moral authority they may have once had,” said Sara Mueller, Ducey’s political director.

Many traditional conservatives fret that the censures and Ward’s combative style turn off the swing voters and ticket-splitters who handed Democrats their recent victories. But they say the party’s decisions will reflect only the views of about 1,500 committed activists.

John McCain was censured by the state GOP in 2014 and went on to comfortably win a Republican primary over Ward and a general election. The self-described maverick, known best for his willingness to buck his party, had strained relations with the state party for much of his career but was consistently reelected by wide margins.

0 0 0 0
Previous : Biden attempts to squeeze an extra vaccine shot out of every Pfizer vial
Next : Most Britons think Scotland will be independent within a decade, poll finds