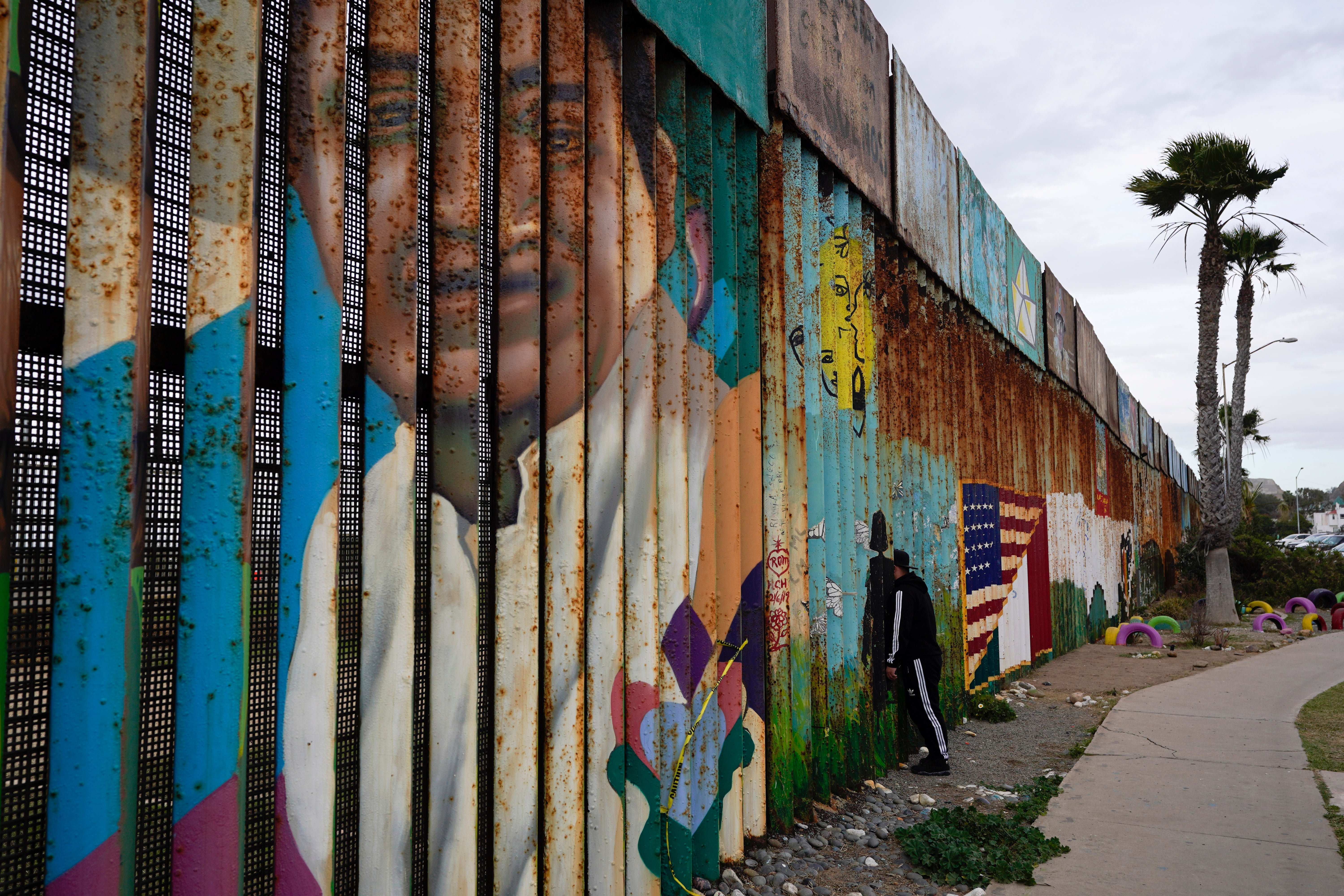 Joe Biden told his Mexican counterpart that he would end the previous administration’s “draconian” immigration policies, capping off a week that saw the president advance a flurry of policies and executive orders reforming the immigration system.

The two spoke by phone on Friday to discuss the situation at the border, the coronavirus pandemic, and reducing “irregular migration.”

“We dealt with affairs related to immigration, Covid-19, and cooperation for development and well-being. Everything indicates relations will be for the good of our people and countries,” Mexican president Andrés Manuel López Obrador said on Twitter following the call.

A White House readout of the call said a priority would be “reversing the previous administration’s draconian immigration policies.”

Beyond addressing the Covid crisis, opening up the immigration system has been one of the Biden’s administration’s main priorities in its first week of office. It has signed multiple executive orders undoing much of the Trump administration’s most strict immigration policies, and sent a proposal to Congress to open a pathway to citizen for the nearly 11 million undocumented people living in the US, many of them essential workers,  which if passed would be the biggest overhaul to the immigration system in decades.

It’s a far cry from the last four years, when Mr Trump cracked down on immigration in seemingly every way imaginable—stepped-up criminal enforcement, asylum cuts, a border wall, family separation—and from Mr Biden’s own history in the White House.

The centerpiece of the new administration’s immigration push is proposed legislation it has sent to Congress. It would create an 8-year path to citizenship for those in the country without documents, as well as boosting family-based migration, cutting wait times for green cards, strengthening labor protections, clearing immigration court backlog, offering child migrants an immediate path to residency, boosting technological security systems at the border (but not a border wall), and sending billions in aid to Central American countries to address social problems that result in migration to the US.

If passed, the legislation would bring America’s immigration system more in line with the views of the American people, around 75 percent of whom support a legal path to citizenship, including a majority of Republicans. However, the plan is likely to face tough opposition in Congress and is unlikely to pass in its entirety, leaders in both parties say.

“A mass amnesty with no safeguards and no strings attached is a nonstarter,” said Iowa senator Chuck Grassley told the AP, while Florida’s Marco Rubio added, “There are many issues I think we can work cooperatively with President-elect Biden, but a blanket amnesty for people who are here unlawfully isn’t going to be one of them.”

“We understand the political reality of a 50-50 Senate, that any changes in immigration will require cooperation between the parties,” Illinois senator Dick Durbin, a top Democrat, said, cautioning that anything that makes it through the upper house “will not reach the same levels” as Biden’s proposal.

More immediately impactful are the raft of immigration-related executive orders the Biden White House issued in its first weeks, which halted border wall construction,  put a 100-day moratorium on deportations, and stopped enrollments for the Trump administration’s “remain in Mexico” policy, which left tens of thousands of migrants stuck in dangerous and unsanitary conditions in Mexico as they waited to be processed. Other orders ended the Trump administration’s controversial travel ban on mostly Muslim-majority countries and revoked the emergency declaration that funneled billions towards the previous president’s border wall.

“The policy of my Administration is to protect national and border security, address the humanitarian challenges at the southern border, and ensure public health and safety,” Mr Biden wrote in one of the orders. “We must also adhere to due process of law as we safeguard the dignity and well-being of all families and communities.”

Other campaign promises remain to be addressed. An executive order ending the Trump administration’s policy of intentional family separation, which Mr Biden called a “moral failing,” is expected next week, and the Biden administration has vowed to form a task for to reunite the more than 600 parents who remain separated from their children and unaware of their whereabouts due to careless record-keeping.

As for the Trump administration’s most visible immigration policy, the wall along the US-Mexico border, which has caused extensive harm to migrant lives, ecosystems, and cultural ties, it’s unclear whether the new administration will tear down new parts of the wall, which could prove costly under current construction contracts, or merely halt new building.