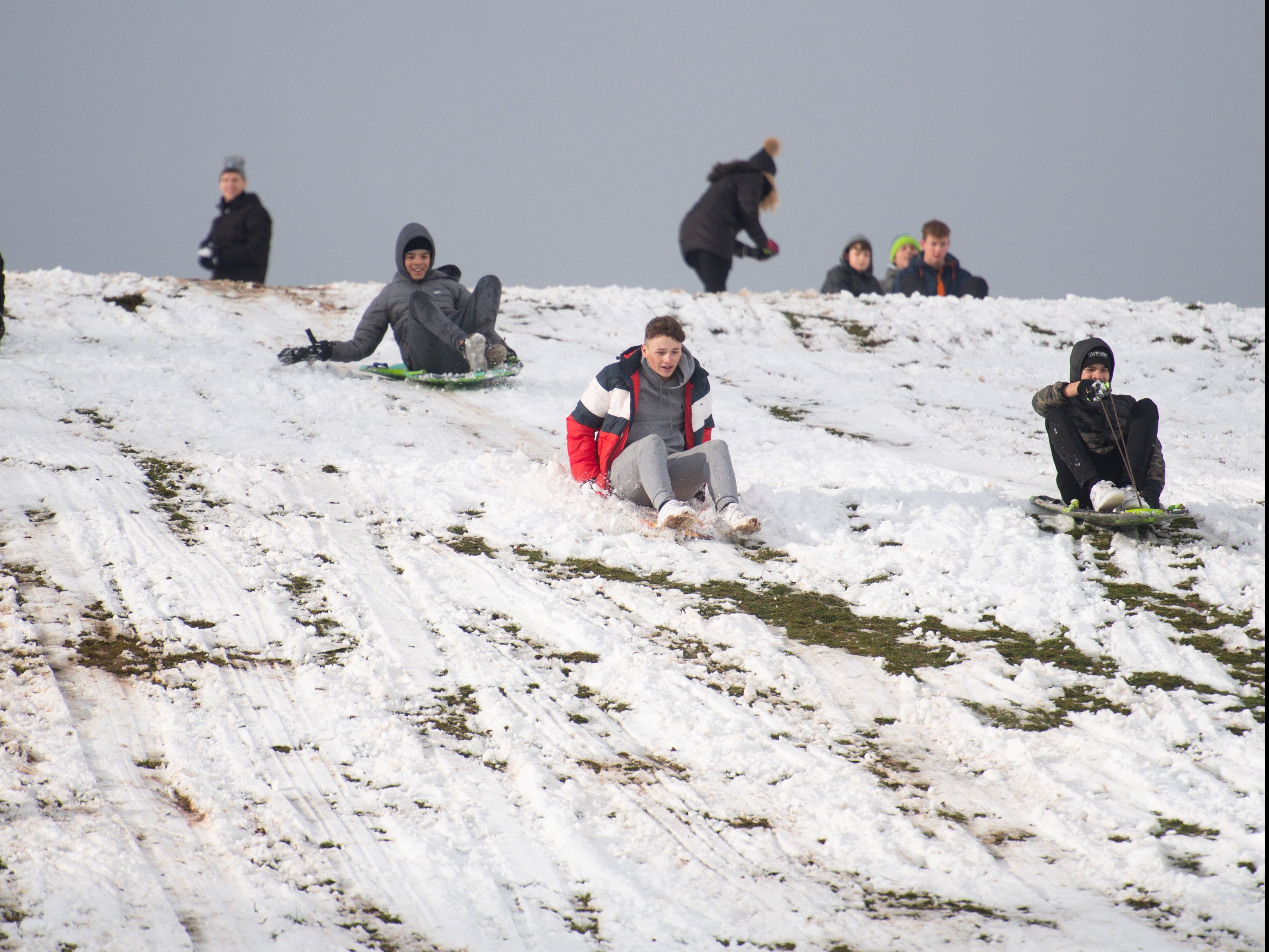 Snow and ice are set to bring travel disruption across the UK on Sunday in the wake of the severe flooding caused by Storm Christoph.

A band of snow will move east across the country from the early hours of the morning until late in the evening, with up to 3cm at low levels and up to 10cm on higher ground. Some areas such as Dartmoor and Exmoor could see up to 15cm.

Temperatures are expected to plummet overnight to around -3C in London, Manchester, Bristol, Belfast and Glasgow. The Scottish Highlands could see an icy -10C.

Frosts are expected overnight on Sunday, Monday and Tuesday, but further heavy rain is not expected until Wednesday.

Met Office meteorologist Martin Bowles said: “We’re hopeful that the river levels will fall quite significantly before that so we’re not expecting any significant flooding problems over the next few days, apart from in areas where the warnings are already in place.”

The Environment Agency had warned of “exceptionally high river levels” following days of heavy rainfall in the wake of Storm Christoph, with hundreds of properties across the country flooded.

A total of 71 flood warnings and 88 flood alerts were still in force across England on Saturday night.

Mr Bowles added: “The biggest hazard over the next couple of days is going to be ice because we’re getting these snow showers which will all freeze overnight.

“Obviously roads tend to be quite well gritted, especially main roads, but I would warn people to be careful on pavements, minor roads that don’t get gritted or city roads.”

Mr Bowles said the cold spell would continue until about Wednesday before being replaced with milder temperatures in the final days of the month.

“That’s not to say that that’s the end of all cold weather for winter, it isn’t, we’ve just got a mild spell coming up,” he said.

0 0 0 0
Previous : Priest who attended pro-Trump rally ahead of Capitol insurrection is suspended from post and may be defrocked
Next : US to reform Trump’s ‘draconian’ immigration regime, Biden tells Mexican president