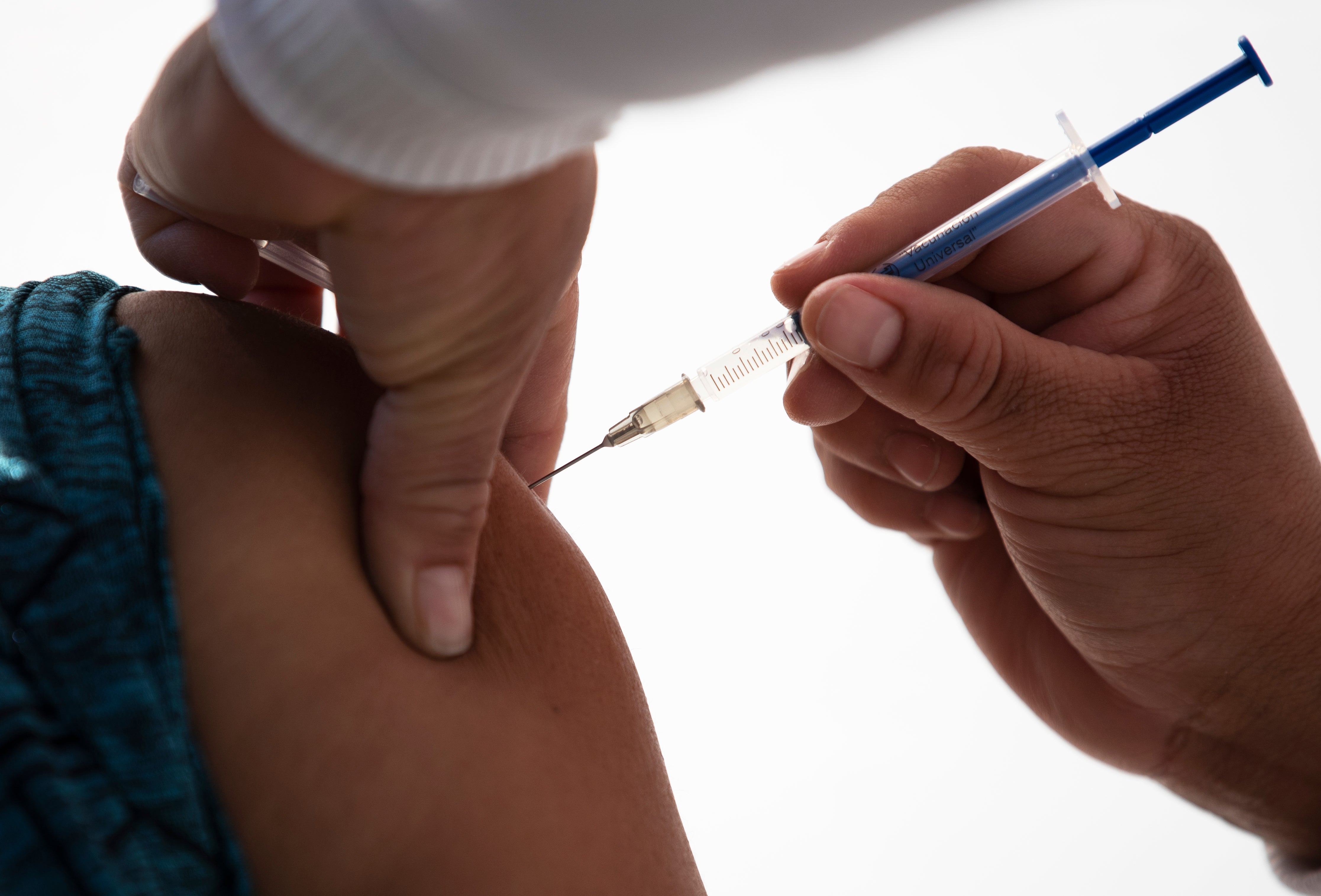 Senior doctors have criticised the decision to make people wait 12 weeks for a second dose of the Pfizer vaccine, calling for the wait to be halved.

“What we’re saying is that the UK should adopt this best practice based on international professional opinion,” said Dr Chaand Nagpaul, its council chairman

“If the vaccine’s efficacy is reduced….then of course the risk is that we will see those who are exposed maximally to the virus may get infected.”

It emerged on Friday that the Sage advisory group had raised the possible risk of triggering a “vaccine-resistant mutation”, by delaying second doses.

However, both the chief medical officer and the chief scientific adviser have backed the decision to rip up the original promise of a second Pfizer dose after just three weeks.

Chris Whitty, the medical officer, said it was a “public health decision” that would allow “many more people to be vaccinated much more quickly”.

And Patrick Vallance, the scientific adviser, told the Downing Street press conference: “The most risky thing in terms of new mutations is to have very high prevalence.”

But the World Health Organisation recommended a gap of four weeks between doses – to be extended, only in exceptional circumstances, to six weeks.

Pfizer has said it has tested the level of protection given by its vaccine only when the two doses are given up to 21 days apart.

Dr Nagpaul said he understood the “rationale” behind the decision to delay the second dose to 12 weeks, but argued it was “difficult to justify”.

“Most nations in the world are facing challenges similar to the UK in having limited vaccine supply and also wanting to protect their population maximally,” he told BBC Breakfast.

“No other nation has adopted the UK’s approach. We think the flexibility that the WHO offers, of extending to 42 days, is being stretched far too much to go from six weeks right through to 12 weeks.

“I do understand the trade-off and the rationale but if that was the right thing to do then we would see other nations following suit.”

There is no similar concern over the 12-week wait for a second dose of the Oxford-Astra-Zeneca vaccine, which is being made in the UK.

Its trials provided greater confidence that the first dose can continue to provide protection for at least a few months, before the booster shot.

The researchers found it delivered 64.1 per cent protection, compared with 70.4 per cent after two full doses and – in a baffling result – 90 per cent in people who received one half dose, followed by one full dose.

0 0 0 0
Previous : Storm-battered residents face more floods to come with further downpours forecast
Next : Facebook shuts down major left-wing group in Britain and many others – as always the ‘revolution’ eventually swallows its own ‘children’ when they have served their purpose – David Icke