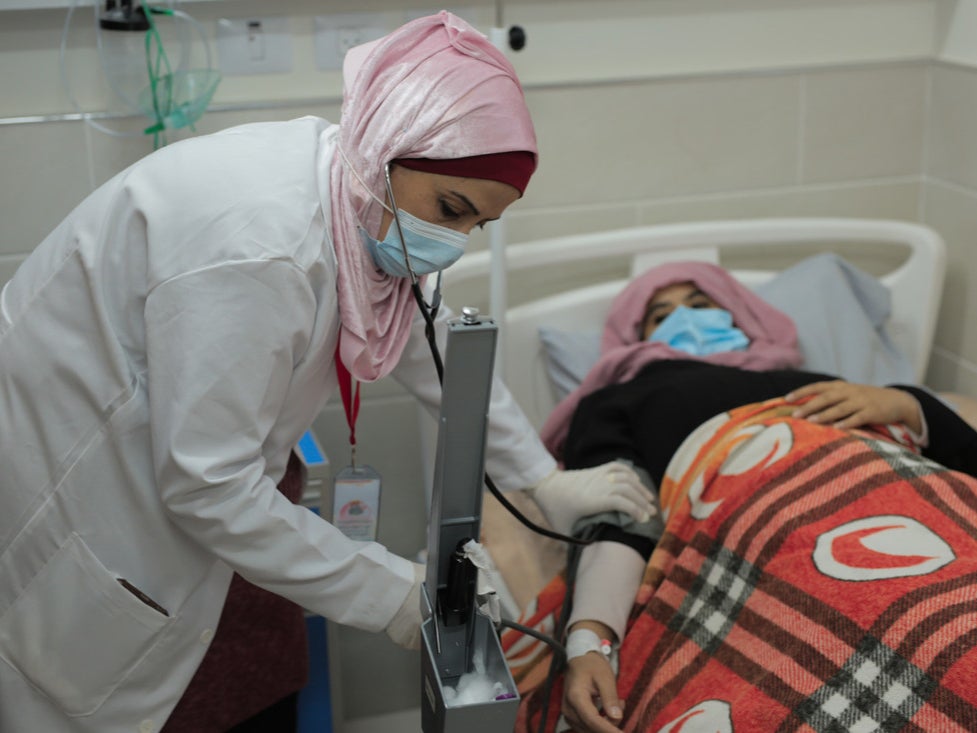 Rise in wealth of world’s 10 richest men in pandemic would pay for Covid vaccines for everyone, says Oxfam

The increase in wealth of the world’s top 10 billionaires during the pandemic is more than enough to both pay for a Covid-19 vaccine for everyone on the planet and to reverse the rise in poverty caused by the coronavirus, Oxfam claims.

The charity is calling for higher taxes on the very richest, as well as a temporary tax on “excess” profits made by the 32 global corporations that have gained the most in the past year.

It has calculated that the combined wealth of the 10 wealthiest men rose by $540bn (£400bn) from mid-March to the end of last year.

In a new report, Oxfam says support for the poorest is being squeezed, with the UK and other donors cutting aid to the world’s poorest, threatening a “lost decade in the fight against poverty”.

The document, The Inequality Virus, published on the opening day of the World Economic Forum’s talks at Davos, says Covid-19 could increase economic inequality in almost every country at once, the first time this has happened since records began more than a century ago.

It claims that a “rigged” economy is enabling a “super-rich elite” to amass wealth in the middle of the worst recession since the great depression of the 1930s, while billions of people are struggling in the worst jobs crisis in at least 90 years.

Unless rising inequality is tackled, in 2030 half a billion more people than at the start of the pandemic could be living in poverty, on less than £4 a day, according to the report, which also warns women have been harder hit than men.

South Africa’s health chiefs say they will have to buy doses of the Oxford-AstraZeneca vaccine at nearly 2.5 times the price most European countries will pay.

Although the stock market collapsed at the start of the crisis, as they rebounded, the wealth of 1,000 of the world’s billionaires returned to record highs, Oxfam says.

Danny Sriskandarajah, Oxfam GB’s chief executive, said: “Billions of people were living on the edge when the pandemic began and had no resources or support to weather this fierce storm.

“At the same time, a tiny number of individuals have pocketed more money in nine months than they could spend in a lifetime.

“These facts are shameful. Governments must act. Fair taxation on the very richest could help with the global recovery, raise more money to fight poverty and help shape more equal societies.”

In November, chancellor Rishi Sunak announced a temporary cut in the UK’s aid budget, from 0.7 per cent to 0.5 per cent of national income.

It adds: “A temporary tax on excess profits made by the 32 global corporations that have gained the most could have raised £76 billion in 2020.

“This would be enough to provide unemployment benefits for all workers and financial support for all children and elderly people in low- and middle-income countries.

“Such taxes are practical and necessary. In December, Argentina passed a one-time levy on the super-rich to help pay for Covid-19 measures, including the purchase of medical supplies and aid for struggling small and medium-sized businesses.”

But Mark Littlewood, director-general at free-market think tank the Institute of Economic Affairs, said Oxfam’s proposals showed “a fundamental misunderstanding” of both economics and poverty relief.

“Taxing the rich ever more may make for good headlines but it misleads the public into thinking that cuts at the top will automatically lead to more wealth at the bottom. In reality, interventionist policies are far more likely to destroy wealth than successfully redistribute it,” he said.

Oxfam was right to highlight the pandemic’s effect on the poor, but it should focus on ways to foster economic growth in developing countries, he said, adding: “It could start by launching a campaign for global free trade, promoting private property rights in all jurisdictions, as well as the sound enforcement of legal contracts.

“This would do much more to lift people out of poverty than obsessing over the wealth of a handful of billionaires.”

0 0 0 0
Previous : Plans to build hundreds more cells in women’s prisons
Next : Thousands of care workers risk being ‘criminalised’ overnight due to lack of awareness about settled status