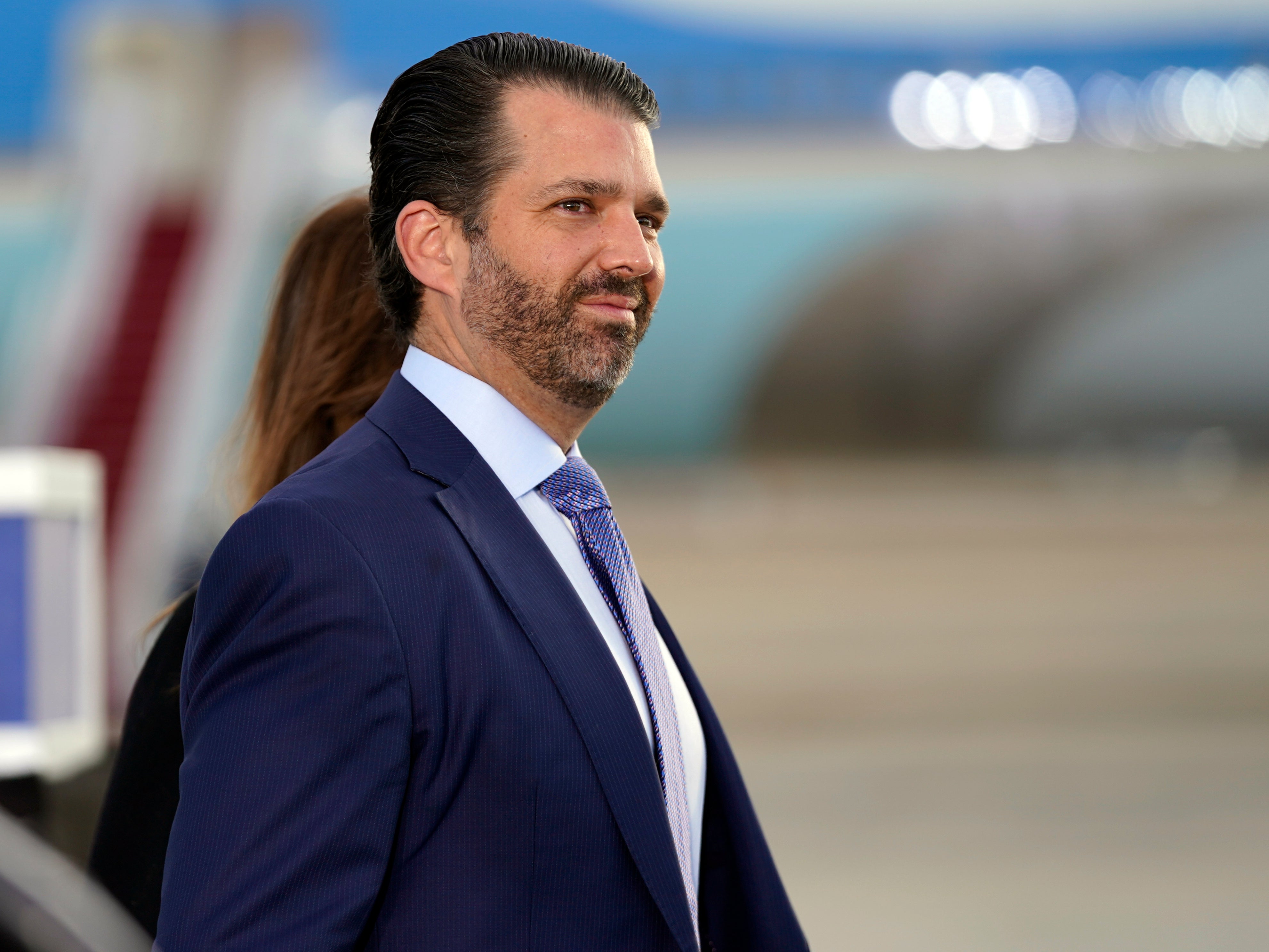 A former president of Estonia has compared Donald Trump Jr to an “exceptionally small-brained fish” in response to a wild attempt to talk up his father on Twitter.

Following his father’s departure from office on Wednesday, Mr Trump Jr took to Twitter on Friday in an attempt to shore up his presidential legacy.

“Donald Trump is the first president in modern history[sic] did not start a new war,” he tweeted.

However, it seems others from around the world were not so convinced by the argument, as former Estonia president Toomas Hendrik Ilves hit back at Mr Trump with a sarcastic jibe.

“TFW you have the memory, knowledge and grammar of a pike (the exceptionally small-brained fish),” he said.

“Not the iron spear Bannon suggestet[sic] Dr Fauci’s head be placed at a corner of the Trump While House).”

Others were also quick hit back at Mr Trump, swiftly pointing out his father’s encouragement of Trump supporters who later carried out an insurrection on the Capitol on 6 January.

“What do you think Jan 6th was tho,” The Lincoln Project, a Republican anti-Trump political action committee said.

“Oh, and he’s also the first modern president to leave the US with a smaller workforce than it had when he took office.”

Others were also quick to criticise the president’s leadership through the novel coronavirus pandemic, which had so far led to the deaths of over 400,000 people.

“Donald Trump is the first president in US history to have 400,000 Americans die from a preventable infection under his watch. And in all in just 10 months!,” one said.

“Pretty impressive then that he was still able to kill a few hundred thousand,” another mocked.

Donald Trump’s term as president ended on Wednesday when Joe Biden took the inaugural oath at the US Capitol to become the 46th president of the US.

Mr Trump and his family refused to attend the inauguration ceremony following a bitter transition period during which he continued to baselessly claim that Mr Biden had been fraudulently elected.

Mr Trump Jr had been a staunch supporter of his father throughout his campaign and has often used his platform to spread misinformation in favour of the re-election of his father.

The day before Inauguration Day, Mr Trump Jr took one final false swing at Joe Biden by sharing a doctored video of him and was quickly called out by fact-checkers and Twitter.

Mr Trump, however, left the White House first thing on Inauguration Day to head for his Mar-a-Lago resort in Florida and has since reportedly been spending time on the golf course.

0 0 0 0
Previous : "Adults Should Be Able To Make Their Choices" – LEGISLATING DIGITAL FREEDOM OF SPEECH: Brian Rose
Next : Calls for Home Office to shut Kent barracks amid large coronavirus outbreak