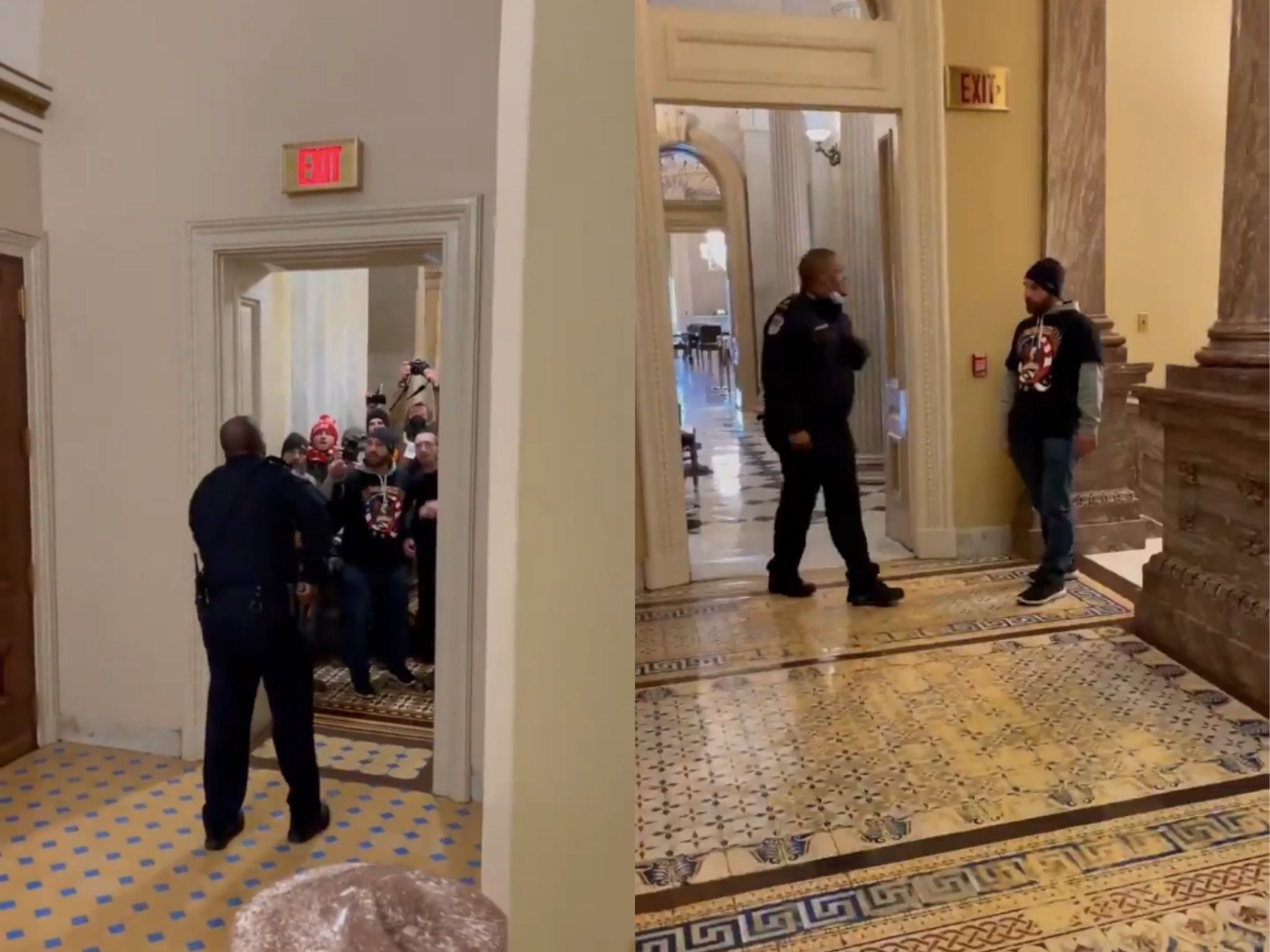 A bipartisan group of Senators has introduced a bill to award the Congressional Gold Medal to Eugene Goodman, a US Capitol police officer who single-handedly led a group of rioters away from the Senate chamber just moments before they breached the door during the 6 January attack on the Capitol.

“Officer Eugue Goodman’s selfless and quick-thinking actions doubtlessly saved lives and bought security personnel precious time to secure and ultimately evacuate the Senate before the armed mob breached the chamber,” the act reads. “By putting his own life on the line and successfully, single-handedly leading insurrectionists away from the floor of the Senate Chamber, Officer Eugene Goodman performed his duty to protect Congress with distinction, and by his actions, Officer Goodman left an indelible mark on American history.”

Officer Goodman delayed the approach of the mob, announced their location to other officers, diverted them towards addition waiting officers, buying time for senators to evacuate with minutes to spare.

The officer, who previously served in the Army’s XVIII Airborne Corps, was also honored with escorted vice president Kamala Harris at the inauguration, and made acting deputy sergeant at arms of the Senate, after top security officials resigned following the catastrophic breach that led to the Capitol attack.

While Mr Goodman is being honored for his service during the riot, others are being punished. Opening arguments in Donald Trump’s second impeachment trial will begin in early February, Senate majority leader Chuck Schumer announced on Friday.

Earlier in the week GOP senators Josh Hawley and Ted Cruz were the subject of an ethics complaint for their role in challenging the certification of the presidential election results on the day of the riot.