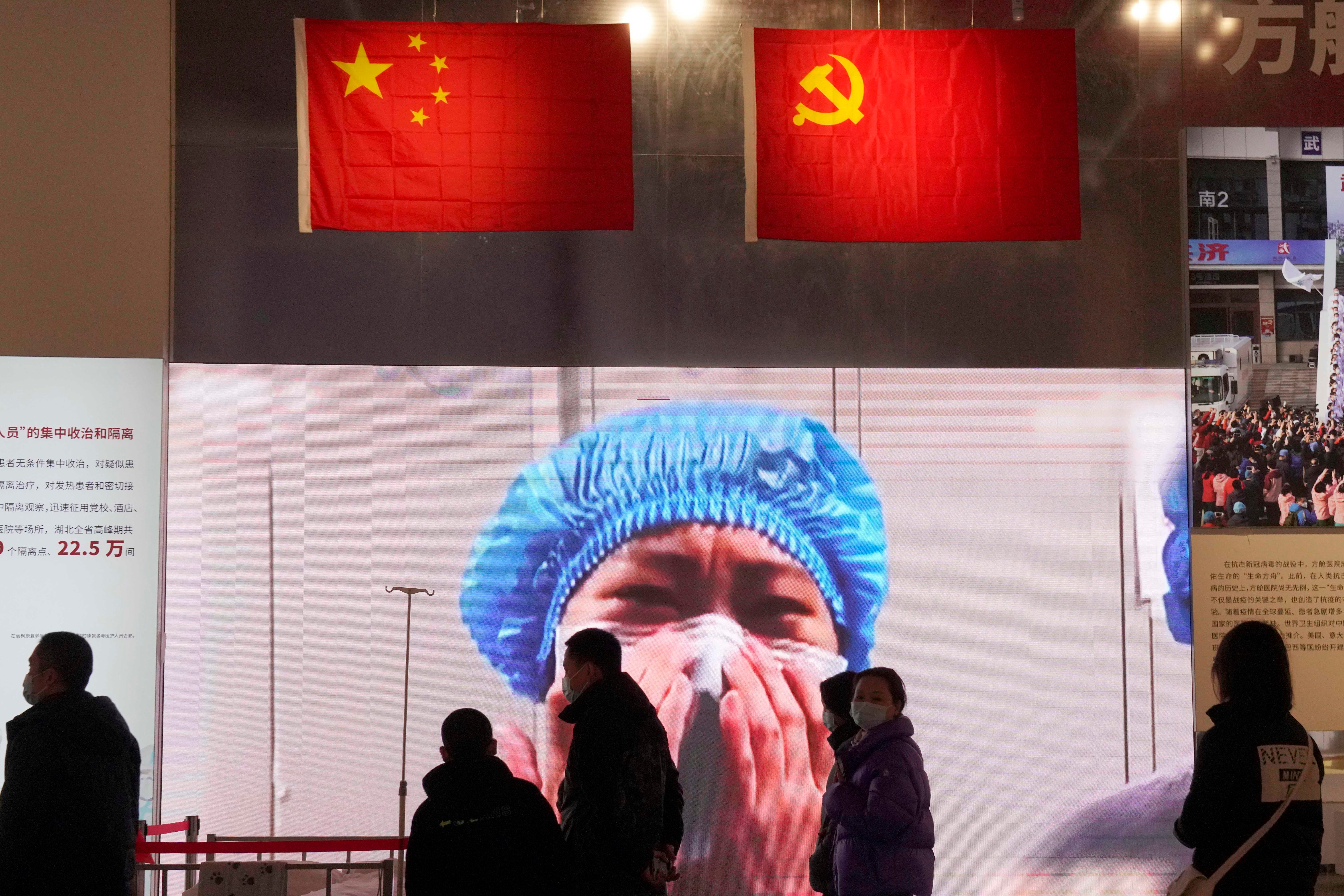 At the eye of the storm: Wuhan residents reflect on the price paid a year on from the first covid lockdown

The metro is packed with people rushing to work on a usual morning in Wuhan. Apart from the masks on their faces, it seems obvious that the city that went into a months-long total lockdown one year ago has now recovered from that surreal experience.

“People are now playing music from their phones or speaking quite loud on the metro, which is completely different from how Wuhan was one year ago,” said Liang, a 31-year-old English teacher in Wuhan. “I can still remember the metro being dead silent the day before Wuhan went into total lockdown one year ago. No one is making any sound on the metro, and there was a strong sense of fear in the air.”

To some, January 23 will forever be a painful day to remember. Zhang Hai, a Wuhan resident, recalls that was the day when his father contracted the coronavirus at a local hospital following an orthopedic surgery. A week later his father was dead.

“I still believe the Wuhan government knew the danger of the virus weeks before they announced the plan to put the city into total lockdown,” Zhang told The Independent. “Their decision to announce the plan a few days before it came into force allowed more than 500,000 people to leave the city. I always thought about how many of them may have already contracted coronavirus.”

After the lockdown came into force, public transportation in Wuhan was all suspended and citizens were banned from leaving their homes. Local hospitals were overwhelmed with patients showing symptoms of contracting the virus, and many were asked to go home as there was no space for them to get treated at the hospitals.

“At the time, when one person in the family contracted coronavirus, the whole family would soon become sick,” Zhang said. “It is a vicious cycle amplified by the inhumane conditions set during the lockdown. The government was essentially sacrificing citizens’ health to achieve their goals of containing the outbreak.”

After months of total lockdown, the outbreak in Wuhan came under control and the government ended the lockdown in April, 2020. However, the fear that extended from the initial outbreak lingers for many people in Wuhan.

“Wearing masks has become a daily routine over the last year and we have to scan our health code almost everywhere we go,” Liang told The Independent. “Even though some shopping malls relaxed the rule of scanning the health code slightly during the summer, they began to enforce it again since the number of local cases in China went up again over the last few weeks.”

To many residents in Wuhan, the months-long exclusion from the world allows them to become prepared for any COVID19 resurgence in China. “We know what to expect when the pandemic returns to Wuhan and we also know what the government will expect us to do,” said Chen, a 32-year-old vendor in Wuhan. “I think the biggest influence of last year’s lockdown is to prepare us for outbreaks or other pandemics in the future.”

To “celebrate” its success to contain the coronavirus outbreak, the Chinese government organised a grand exhibition in Wuhan. The exhibition hall is filled with models of medical staff wearing hazmat suits and installations of hospital beds. Another clear feature of the exhibition is the large portraits of Chinese President Xi Jinping, accompanied by texts that praise his “resolute decision-making” that led China to successfully contain the outbreak.

Zhang Hai still thinks that government officials in Wuhan should be prosecuted for withholding information about the pandemic during the initial stage of the outbreak, because if they had disclosed the full scale of the outbreak weeks before the lockdown, he thinks many lives in Wuhan could have been saved.

“Government officials in China need to know that they should prioritize citizens’ lives during the pandemic,” said Zhang. “If no one is punished for withholding information about the pandemic, I think similar things will still happen when China is hit by another pandemic.”

As the number of local cases begin to rise in China’s Hebei Province, Heilongjiang Province and Jilin Province, people in Wuhan are also stepping up their pandemic-prevention measures. “Citizens are now required to scan their health codes at almost every place and many neighborhoods have now entered a half-lockdown mode,” said Chen. “We are all prepared for another lockdown.”

On the one-year anniversary of Wuhan’s lockdown, some think people in Wuhan have chosen to shelve the negative memories stemming from the lockdown. “While we will be reminded of the memory when similar things happen elsewhere in China, many of us try not to keep it on our mind,” said Liang.

However, for those who lost their families during the pandemic, there is still an unfinished mission: demanding an official apology from the government. “No matter how many times the government tries to shut down my efforts to seek an apology from them, I will keep finding ways to speak up for my deceased father and so many other innocent people who lost their lives due to the government’s coverup during the initial stage of the outbreak,” Zhang told The Independent.

“They can try to charge me with a crime or try to lock me up, but that won’t stop me from seeking justice for my father. I’m prepared for the worst case scenario so they can feel free to come after me.”

0 0 0 0
Previous : Biden’s restoring of environmental rules rolled back by Trump could take years
Next : A route to normality or the birth of a two-tier country? Debate grows as vaccine ID cards appear ever likelier