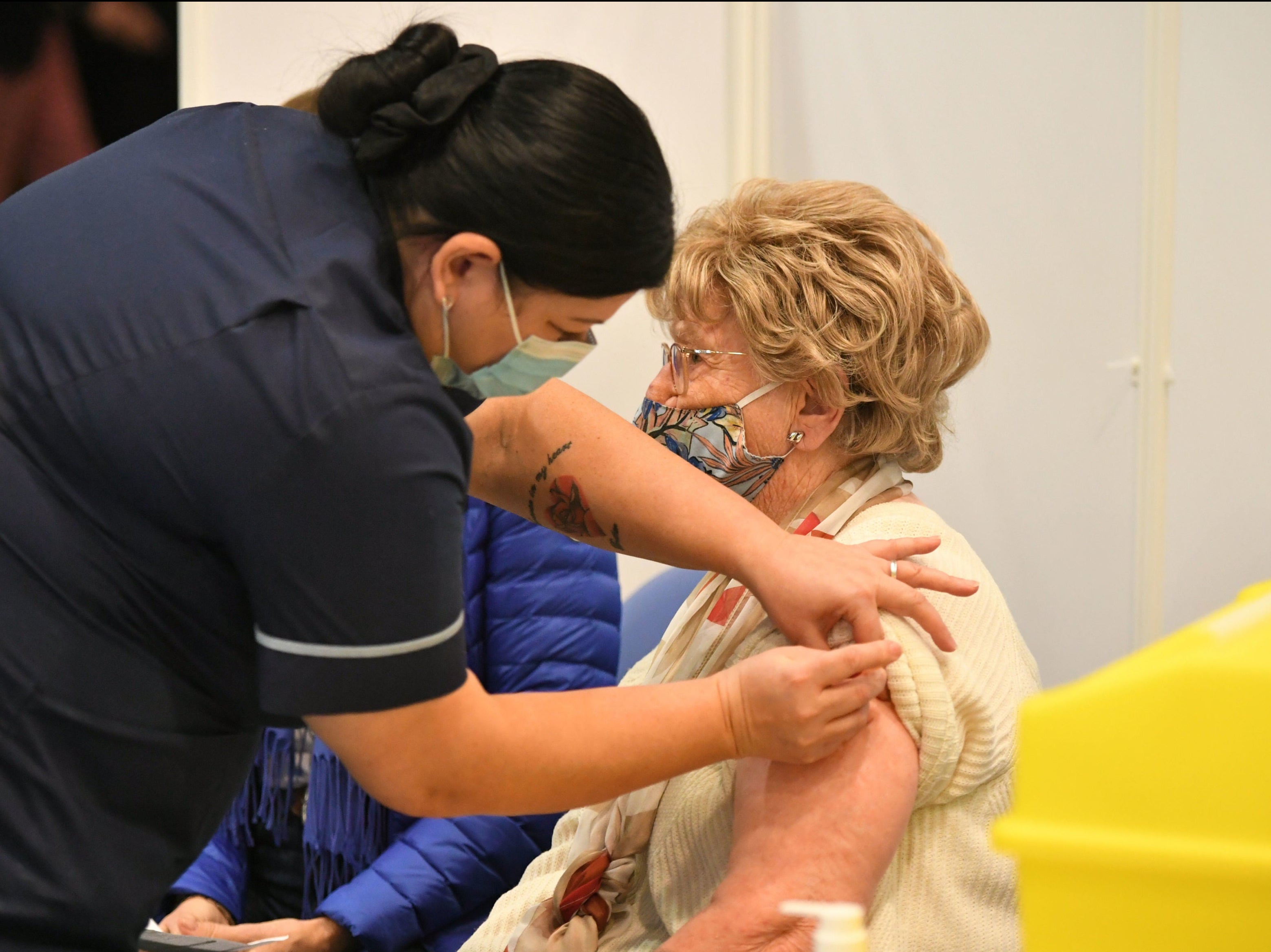 A route to normality or the birth of a two-tier country? Debate grows as vaccine ID cards appear ever likelier

To some, it is the best route out of the coronavirus pandemic and a key potential tool for unlocking the economy and society once more. For others, it would mark a perilous erosion of privacy which could result in a two-tier society.

Covid-19 vaccine ID cards and passports have been debated and discussed since before a workable vaccine was even ready.

Now, as more people in the UK begin to receive their inoculation, the concept of such digital immunity certificates look set to become only ever more contested.

So, could we really see a form of vaccine ID in Britain where people visiting restaurants, using public transports or accessing council services are required to prove they have had the jab? And, more pertinently perhaps, would such a system be desirable?

Probably the first thing to say is that ministers currently appear as confused and conflicted about this as they have been about much else – masks, lockdowns, free school meals – during the pandemic.

In a 24-hour period alone last month, there was a vaguely unedifying episode in which vaccine minister Nadhim Zahawi said the government was looking at the technology, before Michael Gove told reporters such a scheme was not being planned.

For now, we know this. Other countries – notably Israel and India – are pushing ahead with such systems; global airlines – including BA-owner IAG – have intimated they will require some form of health pass for future customers; and British technological firms, such as iProov, Veridium and Onfido, have been tasked by the government to look at how digital health IDs might work domestically

“Technically speaking, this is not terribly difficult to do,” says Andrew Bud, chief executive of iProov. “It is not trivial but it not hard to develop either. We can put it this way: the time scale for the technology would be shorter than the timescale for debating the politics and the public education.”

His company is  at the coalface of this. It is currently developing a system with Mvine, a cyber-security firm, commissioned by the government to research possible ways forward.

What they have created, Bud says, is nothing more complex than an app linked to a person’s vaccination status – probably through their NHS record – which could be shown at the entrance to any institution asking for proof of immunisation.

“So, when you turn up at a venue, you open the app, identify your face in your own phone and that would generate a time-sensitive QR code saying that yes, this person has been vaccinated,” he says. “You would then present that code to a linked app on a device held by a door person.”

Live trials of the technology, he says, could begin the moment the government – which has given £70,000 to the research – gives the nod.

But this, he is keen to stress (understandably, perhaps), would not be a digital ID card or domestic passport per se. “It doesn’t have to include a name, address or date of birth,” he says. “It only needs to be able to associate a face with a vaccine status, nothing more.”

The benefits of such a system have already been widely extolled.

Most obviously, advocates say it would allow the economy to begin reopening up sooner, while adding an extra layer of Covid security to everything from restaurants, sports venues, public transport and libraries to large-scale events such as festivals and concerts.

“I think it would instill a lot of confidence in people and I suspect there would be public support for it,” says Dr Cheryl Walter, virologist at the University of Hull. “So, if you take public transport [as an example], if you can get on a train and know that everyone on there will probably be immunised, I think people would want that. I think it would encourage more people to get back on trains because there would be a confidence they would be safe.”

Pertinently, she says, such a system could potentially also be linked to test and trace systems: “Which would mean where outbreaks do occur, you could get on top of them very quickly without the need for shutting down large parts of society again.”

Among politicians advocating such a system is Liam Byrne, Labour’s former chief secretary to the treasury and the party’s current candidate for West Midlands mayor.

“We need to get quickly into a position where we can unlock the economy and schools and give everyone the confidence they would like, and we think this would help,” he says. “In a city [Birmingham] where we have unemployment at 19 per cent among young people, people are very worried Now, if anyone wants to tell me a better line through which we can open up our business community safely and quickly, then I’m all ears. But right now there is no abundance of ideas.”

Crucially, too, if Covid-19 is found capable of mutating in such a way that a new jab is required every 12 months or so, one way of ensuring annual uptake remains high year-on-year would be to require ongoing proof of inoculation before access to things such as restaurants and sports events. It would, to all intents and purposes, be a method of mass persuasion.

Or, as some might term it, coercion by other means.

Indeed, as Andrew Bud willingly admits: “You would be using a technological tool that effectively permits discrimination between people who have maintained their vaccine status and people who have not.”

A pause. “Which would,” he says, “be politically explosive.”

In essence, any vaccine ID system would, however sensitively implemented, immediately create a two-tier society. On one level: those who have had the jab. Below them: those who have not.

“It would mean that some people have access to freedoms and support, while others are shut out of those things,” says Sam Grant, head of policy and campaigns with the human rights group Liberty. “It opens a door to a world where a government can use vaccine to decide what way citizens are allowed to be involved in which parts of society.”

But, some might ask, shouldn’t everyone be coming forward to have the jab anyway? By not having it, lives are put at risk. Is it not, therefore, legitimate for a government to find ways of boosting uptake?

Yes, says Grant. “But that can’t come at the expense of all rights and freedoms. We know from experience that the consequences of this, intended or unintended, will always hit the marginalised. There are groups of people out there who will not be able to get vaccinated for various reasons and it is those who will be most impacted by decisions like this.”

Questions about data security and the fact such a scheme could lead to a more encompassing national ID system are also stressed by opponents.

“Any organisation holding sensitive information on a large chunk of the population will be a target for hackers,” Grant says. “And government departments have repeatedly proven themselves to be bad data controllers.”

The good news for such sceptics for now might be that it appears to go against Boris Johnson’s much-professed libertarian instincts. He is, by his nature, against anything that resembles ID cards.

But, then, by nature, the prime minister was also against lockdowns, masks and travel bans.

His hand has been forced by events before and, with news on Tuesday that the economy looks set to get worse before it gets better, it may well be forced again. If vaccine ID cards appear to offer a way of opening up certain sectors faster, he may find the lure too difficult to resist.

0 0 0 0
Previous : At the eye of the storm: Wuhan residents reflect on the price paid a year on from the first covid lockdown
Next : Government urged to extend Equality Act to cover economic inequality