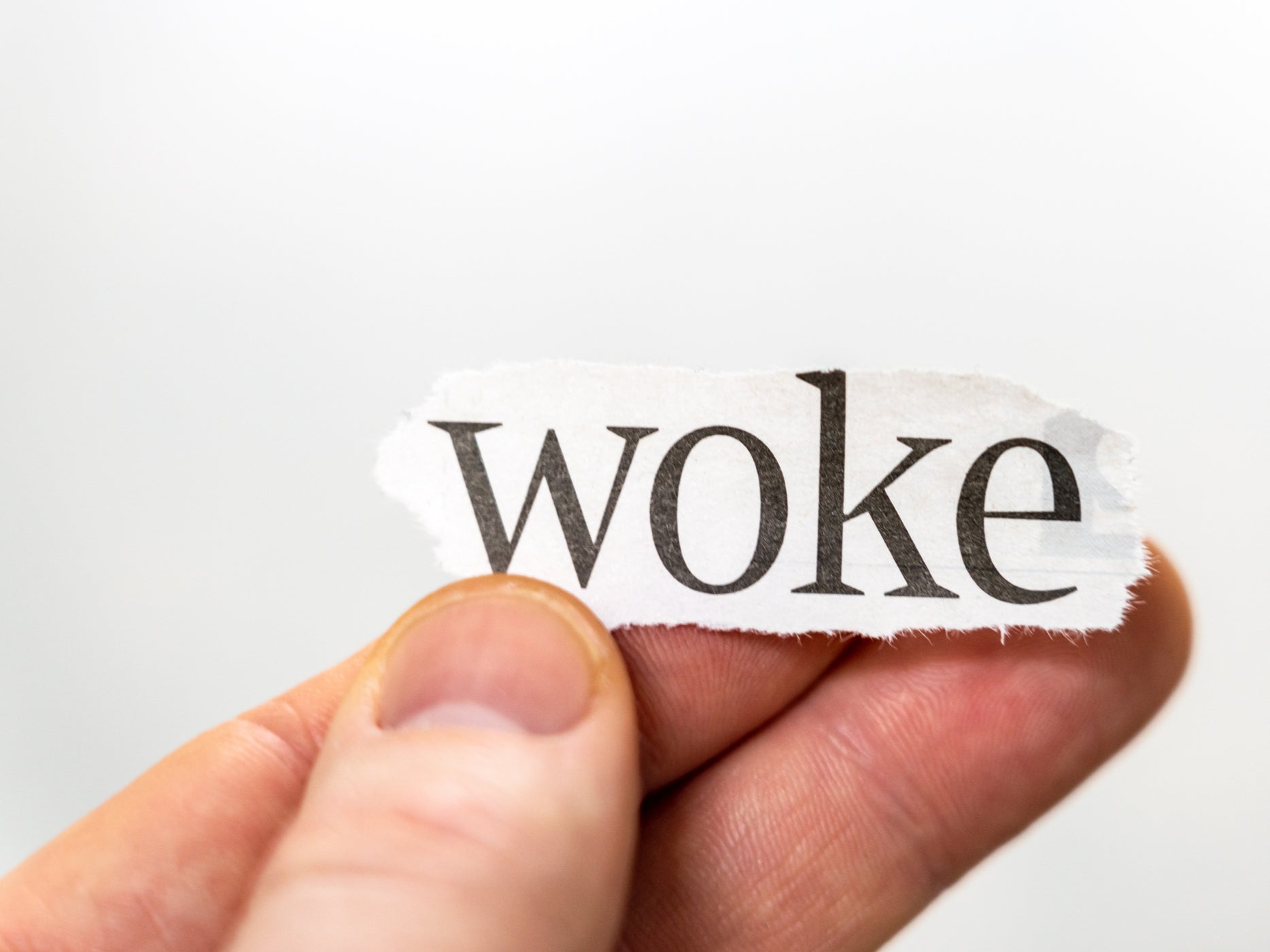 What is the history of the word ‘woke’ and its modern uses?

Following the new US president Joe Biden’s inauguration earlier this week, Boris Johnson was asked if Mr Biden was woke.

The prime minister answered that there was “nothing wrong with being woke”, but that it was “important to stick up for your history, your traditions and your values, the things you believe in”.

The word “woke” is difficult to get away from in the media and popular culture nowadays, but before the Black Lives Matter movement, it was barely known in the UK despite having been used in the US throughout the early 2000s.

“Woke” is currently used by the political left to refer to progressiveness and social justice, while those on the political right have weaponised it as a way to denigrate those who disagree with their beliefs.

But where did the word come from, and how did it arrive at this point?

Origin of the word ‘woke’

The phrase “woke” and to “stay woke” is not new — it began appearing in the 1940s and was first used by African Americans to “literally mean becoming woken up or sensitised to issues of justice”, says linguist and lexicographer Tony Thorne.

Mr Thorne, a visiting consultant at King’s College London, told The Independent that the word is rooted in African American Vernacular English (AAVE), and was used in American street and youth culture for a long time.

In 1971, the phrase was used in a play by American playwright Barry Beckham titled Garvey Lives!, in which he wrote: “I been sleeping all my life. And now that Mr Garvey done woke me up, I’m gon’ stay woke. And I’m gon’ help him wake up other black folk.”

It also entered popular culture thanks to singer Erykah Badu, who used the phrase “I stay woke” in her 2008 song Master Teacher. David Stovall, a professor of African-American studies at the University of Illinois, Chicago, told the New York Times that Ms Badu’s use of the phrase meant “not being placated, not being anaesthetised”.

It started becoming a politicised word in 2014, after the death of Michael Brown in Ferguson, Missouri, sparked the Black Lives Matter (BLM) movement.

“‘Woke’ was largely unknown in the UK until the BLM movement, but in the 2000s it was a popular word used by young people in America, especially in black communities,” said Mr Thorne.

The twisting of ‘woke’

It was only in 2017 that the word “woke” was aded to the Oxford English Dictionary, and was defined as “being ‘aware’ or ‘well-informed’ in a political or cultural sense”.

It evolved into an all-encompassing term to describe leftist political ideology, used as a “shorthand for people on the left” to signal progressiveness, but weaponised by those on the right as a “sneering, jeering dismissive term” to denigrate those who did not agree with their beliefs, said Mr Thorne.

Like phrases before it – such as “politically correct”, “social justice warrior” and “cancel culture” – “woke” has become a toxicised term used by alt-right and politically conservative groups to insult people on the left.

“People who are woke simply can’t use the word anymore,” explained Mr Thorne. “It’s been appropriated, co-opted and toxicised by the alt-right and right-wing speakers. Those who are woke can still talk about empathy and compassion and social justice, but I think they’ve had to abandon the neat, snappy slang words and go back to explaining what they really believe.”

How is the word used now?

The word “woke” may have previously been a convenient, single-word summation to encompass ideologies centred around social justice for people on the political left. But for those on the right, it was “very exotic, a short sharp word… that sounds quite percussive and almost shocking when you don’t know what it means”, said Mr Thorne.

“It’s very easy to latch on to, like the word ‘snowflake’, which when weaponised by the right, has the same sort of resonance. You haven’t been able to use it in a positive way because it was picked up by the right to be used for ridicule and dismissal,” he said.

People who actually identify as “woke” no longer use the word to describe themselves, preferring to use more complex language such as “empaths” or “social justice” instead of “woke” due to its current negative connotations.

The word “liberal” is another word that has become unusable by people who actually identify as such, as it can be used as or perceived as a slur.

Such terms are known in the US as “skunk terms”, explains Mr Thorne, phrases that are increasingly used in such toxic ways that they “stink” too much to be used in their original contexts.

Is there another word to replace “woke”?

Not at the moment, said Mr Thorne. People who are woke have mostly abandoned the term because it is being used with “malicious intent” by those with opposing views, but no similar slang word has surfaced in its place.

“When the word “woke” was being used by woke people, it wasn’t a word they obsessed about, so perhaps it is inconvenient but they wouldn’t mind much about having to abandon it,” he said.

In a debate on social media, Mr Thorne found that people who were progressive did not want to be “condemned with a lazy, casual slur like that”.

He thinks the next word could be more academic or scientific, but whatever it is, “we do ned a vocabulary that progressives can use, they deserve to have that”, he said.

However, any word that crops up to replace “woke” could easily be co-opted once again by those with opposing ideologies.“

“I do fear that the same process of terms appearing and then being hijacked and weaponised might be likely to happen again,” said Mr Thorne.

0 0 0 0
Previous : More than one million people in England had coronavirus last week, according to ONS study
Next : UK coronavirus strain has spread to over 20 US states, CDC data shows