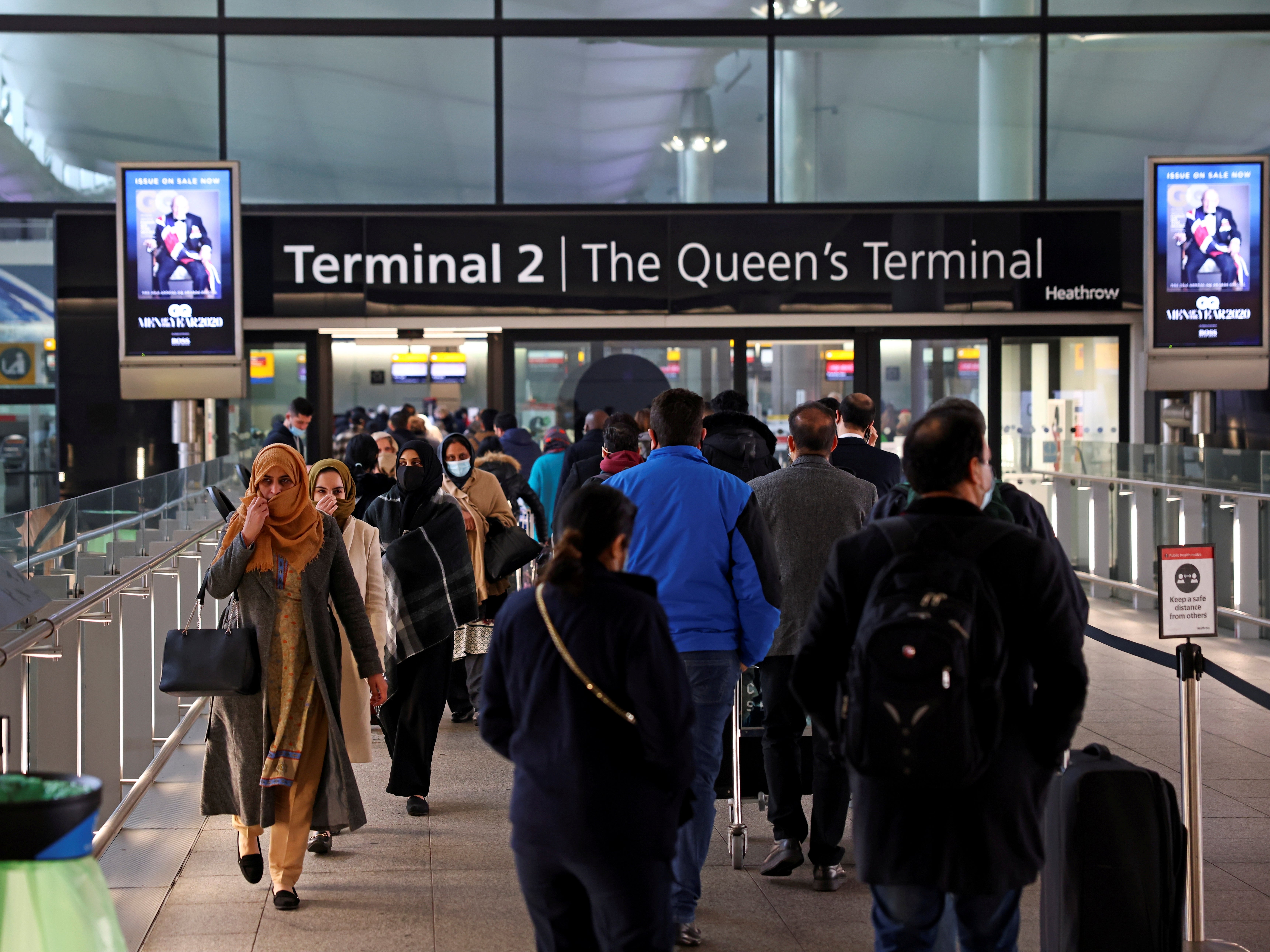 Additional Covid checks for passengers arriving into Heathrow have resulted in lengthy queues at the border, with members of the public raising concerns over the potential for more “superspreading” events.

An image of a packed queue at Terminal 2 shared on social media went viral, with many questioning where the passengers have been travelling from and why they did not appear to be following social distancing rules.

Peter Westmacott, former British ambassador to Turkey, France and the US, posted the photo of the queue in the airport on Friday afternoon on Twitter, adding: “No ventilation. Long delays. Superspreading.”

However, a spokesperson for Heathrow said the airport has always maintained that social distancing is not possible within an airport environment, and face coverings were mandated for all passengers aged 11 and above since last summer.

One person commented on the photo: “How is this happening? I thought we were in lockdown and our borders were shut. I haven’t been further than our local supermarket (which is 1km away) in weeks!”

Another said: “Isn’t the UK in lockdown? Seeing this I would say not, as it looks like everybody is off on their essential travel!”

Long queues at the border began developing at the start of the week, when extra requirements for travellers entering the UK came into force. The UK has not banned all international flights, but travel corridors have been suspended and most arrivals must go into quarantine 10 days, but this can be reduced if they test negative for Covid-19 after five days.

All international arrivals, including UK nationals, are required to present proof of a negative Covid-19 test taken within 72 hours before their departure. They must also present a passenger locator form, which must be completed before arriving in the UK.

The paperwork is being checked by both airlines and Border Force officials in an effort to avoid the import of new strains of coronavirus. Passengers who fail to comply with the new rules will be handed a £500 fine.

Earlier this week, passengers arriving into Heathrow claimed there were not enough staff at the border to go through the new paperwork and ensure queues moved smoothly, reported the Daily Mail.

But the Home Office said such claims were untrue, adding that “even with the increased Border Force spot checks on arrival, with passengers liable for a fine of £500 for failing to comply with the new rules, the vast majority of people have been moving through the UK border in good time”.

Complaints about queues at the border come as Boris Johnson hinted that the government may have to introduce more restrictions to stop new variants of Covid-19 from spreading in the UK.

Speaking at Friday’s Downing Street press conference, the prime minister said: “I really don’t rule out that we may need to take further measures still, we may need to go further to protect our borders because we do not want, after all the effort that we’re going to in this country… to put that at risk by having a new variant come back in.”