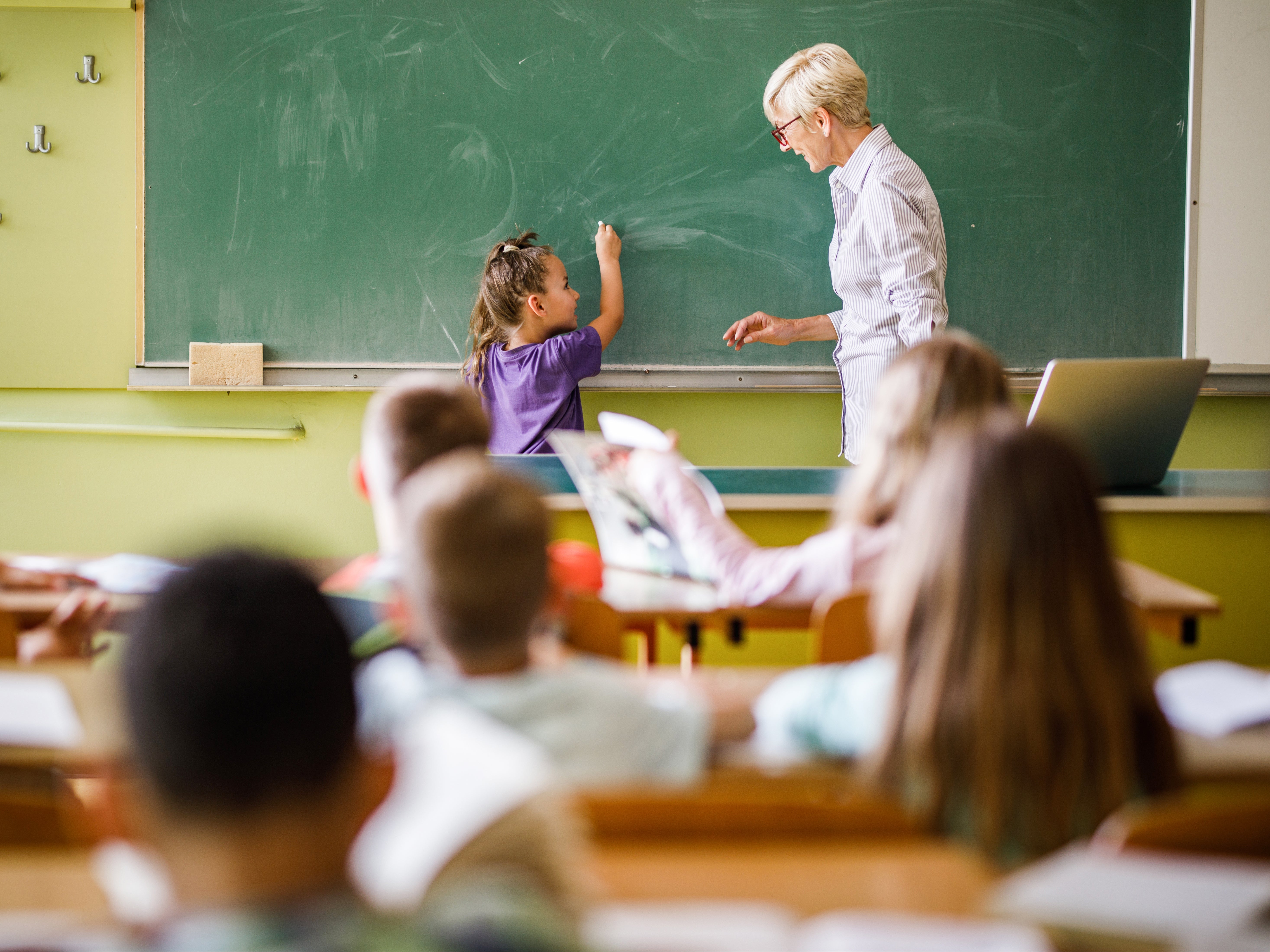 The proportion of teachers absent from school due to a positive coronavirus test was six times higher than that of students in primary schools last term, new analysis shows.

The Education Policy Institute (EPI) said new data found Covid-19 absence rates for teachers – which only looked at those with the virus, rather than self-isolating as a close contact – was “significantly higher” than pupils in England.

The EPI analysis found teacher absences due to a positive test varied “signficantly” across England last term, with two to three per cent of secondary school teachers in Bury, Hartlepool, Blackburn and Salford off school for this reason.

Meanwhile, this figure was almost none in the Isle of Wight and Herefordshire, according to the independent research institute.

The EPI said there was far less local variation in pupil absences due to a confirmed coronavirus infection.

Luke Sibieta, a research fellow at the EPI said: “This research shows that a far greater share of teachers missed school due to a positive Covid test compared with pupils.”

He added: “Our analysis indicates that teachers are likely to have seen higher Covid-19 case rates than the adult population as a whole – but we need to see more data released by the government in order to confirm this, and to inform any forthcoming decisions on vaccination prioritisation.”

Meanwhile in secondary schools, an estimated 0.6 to 1 per cent of teachers and 0.2 to 0.3 per cent of students were off due to a positive test, according to the EPI report.

Geoff Barton from the Association for School and College Leaders said: “It is very worrying to see research which suggests that teachers are at greater risk of contracting coronavirus than the wider population, and there is clearly a moral imperative to prioritise the education workforce for vaccinations.”

He added: “Schools and colleges have worked extremely hard to create environments which are as safe as possible, but the reality is that, when fully open, they are inherently busy and crowded places, and high infection rates in the wider community inevitably mean more risk.”

Paul Whiteman from the school leaders’ union NAHT said: “This data shows that absences due to Covid-19 are almost certainly higher for school staff than other adults generally and that each staff absence has an impact on dozens of pupils at a time.

“Vaccinating the workforce therefore has the dual benefit of protecting their health whilst also preserving the education of their pupils. It is difficult to see any reason not to vaccinate staff now.”

Nadhim Zahawi, the vaccines minister, suggested last week teachers – along with police officers other critical workers – will be in the “highest category of phase two” of the vaccine rollout.

Phase one includes the clinically vulnerable, the elderly and NHS and social care workers.

In response to the EPI report, a Department for Education spokesperson said: “SAGE independent scientific advisers have repeatedly said there is no robust evidence that teachers are at higher risk of infection than those working in other sectors.”

They added: “The government rightly did everything possible to keep schools open for all pupils – as they are the best place for young people’s education, development and wellbeing – and all safety measures in place over the autumn term remain in place to help protect staff and students, while the national lockdown helps reduce transmission in the wider community.”

The Department for Health has been approached for comment.

0 0 0 0
Previous : ‘Lucky carrots’ led to £119,000 EuroMillions win for couple who had not much ‘left to live on’
Next : Quarter of all UK deaths from Covid-19 reported in past month, analysis shows