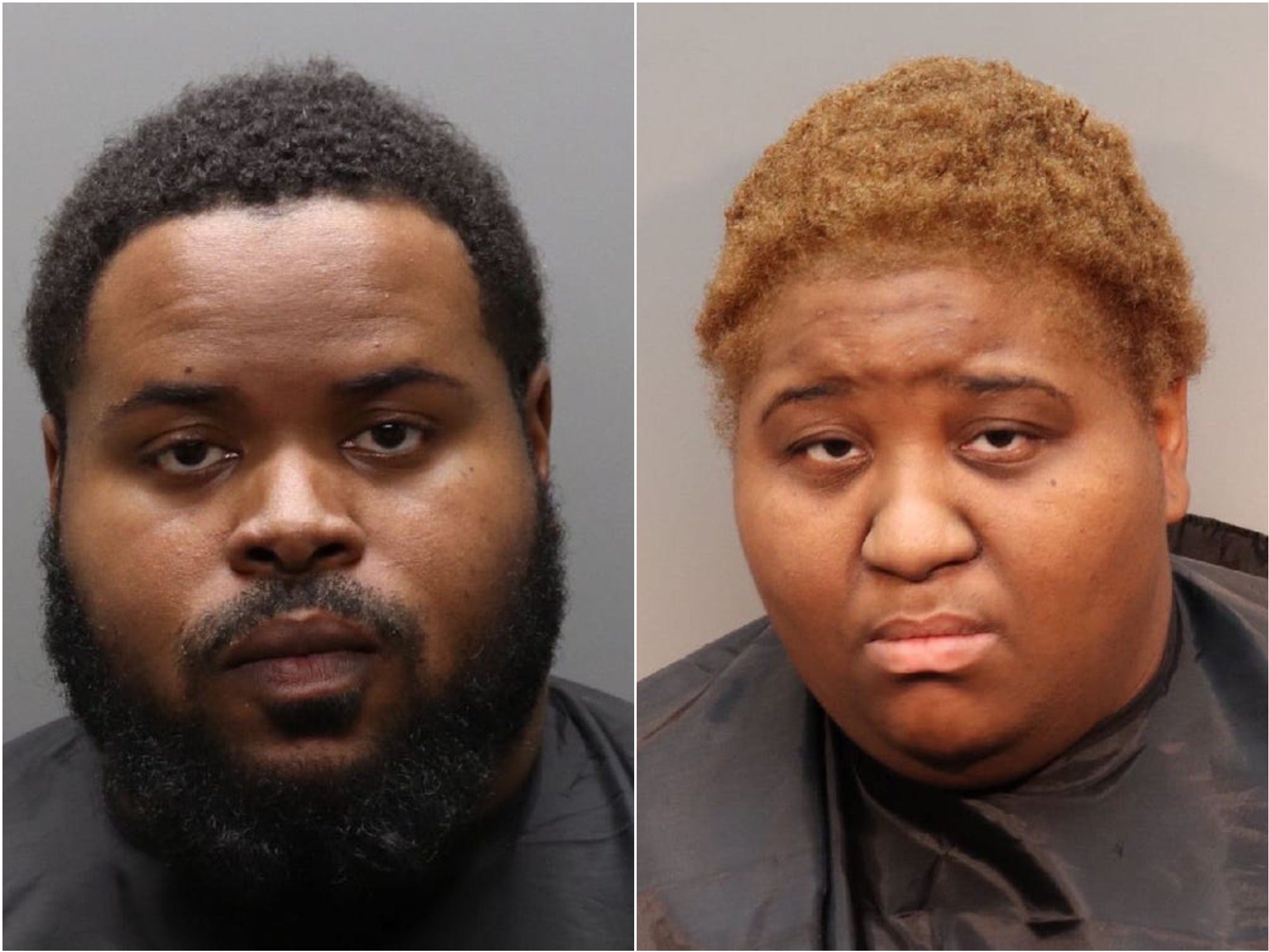 A Food Network show winner and her husband have been arrested in connection to the violent death of a three-year-old girl.

Foster parents Jerry Robinson, 34, and Ariel Robinson, 29,  have been charged with homicide by child abuse and are being held at Greenville County Detention Center in northwestern South Carolina without bond.

If found guilty they could face 20 years to life in prison.

Ms Robinson, a former middle school teacher, won season 20 of the reality show “Worst Cooks in America” on the Food Network. Fox Carolina reported in August 2020 that she’s the mother of five and that she was mocked for her cooking by family members for years.

“If you don’t have thick skin being in this family your feelings might be hurt,” she said at the time.

An autopsy concluded that the cause of death was multiple blunt force injuries and was ruled a homicide. Police say that they had reasonable cause to issue arrest warrants for the suspects. The warrants said the injuries were caused by Jerry and Ariel Robinson, Fox Carolina writes.

Back in August, Ms Robinson compared being on the cooking reality show to going to college, saying “we were all away from our responsibilities, away from our kids and our families. We had somebody else doing our laundry, just like when you come home on the weekend and your mother did your laundry,” Fox Carolina reported.

Simpsonville police spokesman Justin Lee told People magazine that “police officers handle all kinds of cases, and these kinds of cases can be the hardest for them to do.”

“It is a sad day. You bring charges and maybe convictions, but at the end of the day, the life of a child was taken. For anyone who knew the victim or was related to the victim, they are in our thoughts and prayers,” he said.

Ariel Robinson won $25,000 on the reality show. She told Greenville News at the time that she was going to “pay my taxes and pay my tithes and cover all the basics”.

“Then we are going to try to get some debt paid off and use it for our adoption,” she said and added that she wanted to take her family on “a vacation, so we can do one big thing as a family this year”.

“I want to take them to a waterpark resort or the beach,” she said.

0 0 0 0
Previous : Coronavirus: Government ‘could pay £500 to everyone who tests positive’ to encourage self-isolation
Next : Trump gives permit to ranchers whose case led to occupation Men Portland agency occupation Donald Trump