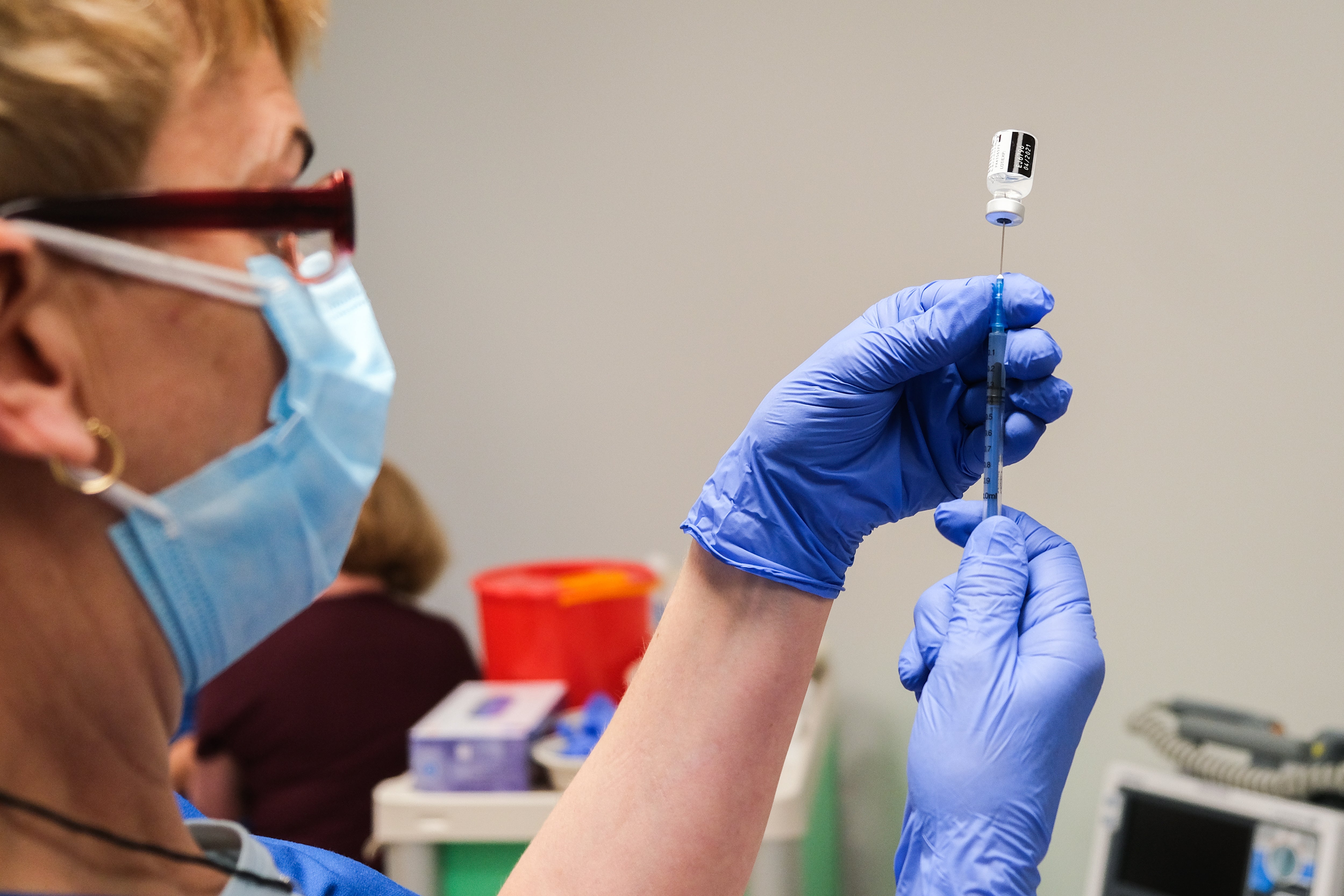 Poland could take legal action against Pfizer next month if the US drugmaker does not deliver all scheduled doses of its Covid-19 vaccine, a government spokesman said on Friday.

Pfizer, which developed the vaccine with its German partner BioNTech, has reduced the volume of the vaccine it will deliver to European Union countries this week.

Pfizer and BioNTech have declined to comment on the cuts beyond a statement last week which announced cuts to deliveries as they ramp up manufacturing in Europe.

Italy has said it is considering legal action, amid mounting frustration over the impact the cut in supplies has on vaccination programmes.

“I think that such a decision [on legal action] could be made next month if these supplies are not completed in accordance with the manufacturer’s declaration,” Piotr Muller told public broadcaster Polskie Radio Program 1.

On Monday, Poland received 176,000 doses of the Pfizer/BioNTech vaccine, a drop of around 50 per cent from what was expected, authorities said.

On Thursday, Health Minister Adam Niedzielski said the missing doses would be delivered from mid-February.

“At the moment, we have a situation where the manufacturer declares… that these differences will be covered,” Mr Muller said. He added: “But if this is not the case then of course legal measures will have to be considered.”

0 0 0 0
Previous : Nissan says Brexit will give it competitive edge as it shuts down production line due to supply delays
Next : Biden calls for LGBT+ protections in executive order