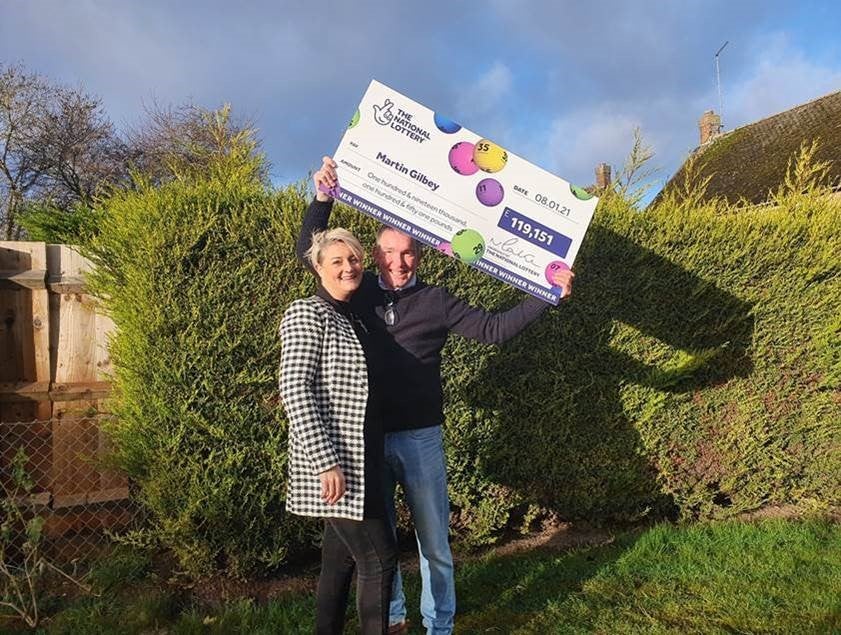 ‘Lucky carrots’ led to £119,000 EuroMillions win for couple who had not much ‘left to live on’

A couple are celebrating a EuroMillions jackpot win after buying the ticket on a trip to the shops for some carotts.

Martin Gilbey, 50, said that finances were tight following an expensive Christmas. Mr Gilbey and his partner Tracy did not have “much left to live on” but decided that they “still must have a Sunday roast.”

Realising that they were running out of vegetables for the roast, Mr Gilbey headed to the shops in Northampton. The carrots did not meet the minimum £3 required to pay with a card so he bought a EuroMillions ticket as well.

Mr Gilbey then forgot about the ticket, only scanning it on the National Lottery app after Tracy had gone to bed. It was then that he found out he had won the £119,000 jackpot.

Describing the moment he heard the news Mr Gilbey said:”At this point I was starting to get a bit hot under the collar, so I called Tracy to come downstairs to help.”

At first his partner didn’t want to come down to check the ticket and called out: “I’m not coming downstairs for a tenner.”

Mr Gilbey continued the story, saying that when Tracy realised there was something going on she came down and checked the ticket again with him. The pair “started to cry, cuddle and jump about.”

The 50-year-old, who works for a glass and window manufacturing company, said his family wouldn’t believe him when he broke the news over a Zoom call.

He added: “Initially, many thought it was a practical joke, but soon were all cheering together.”

When asked what he planned to do with the winnings, Mr Gilbey said: “I haven’t thought about buying anything, I just want to help my family. We’ve all had a tough year, and a little bit of help will make a big difference to them all.”