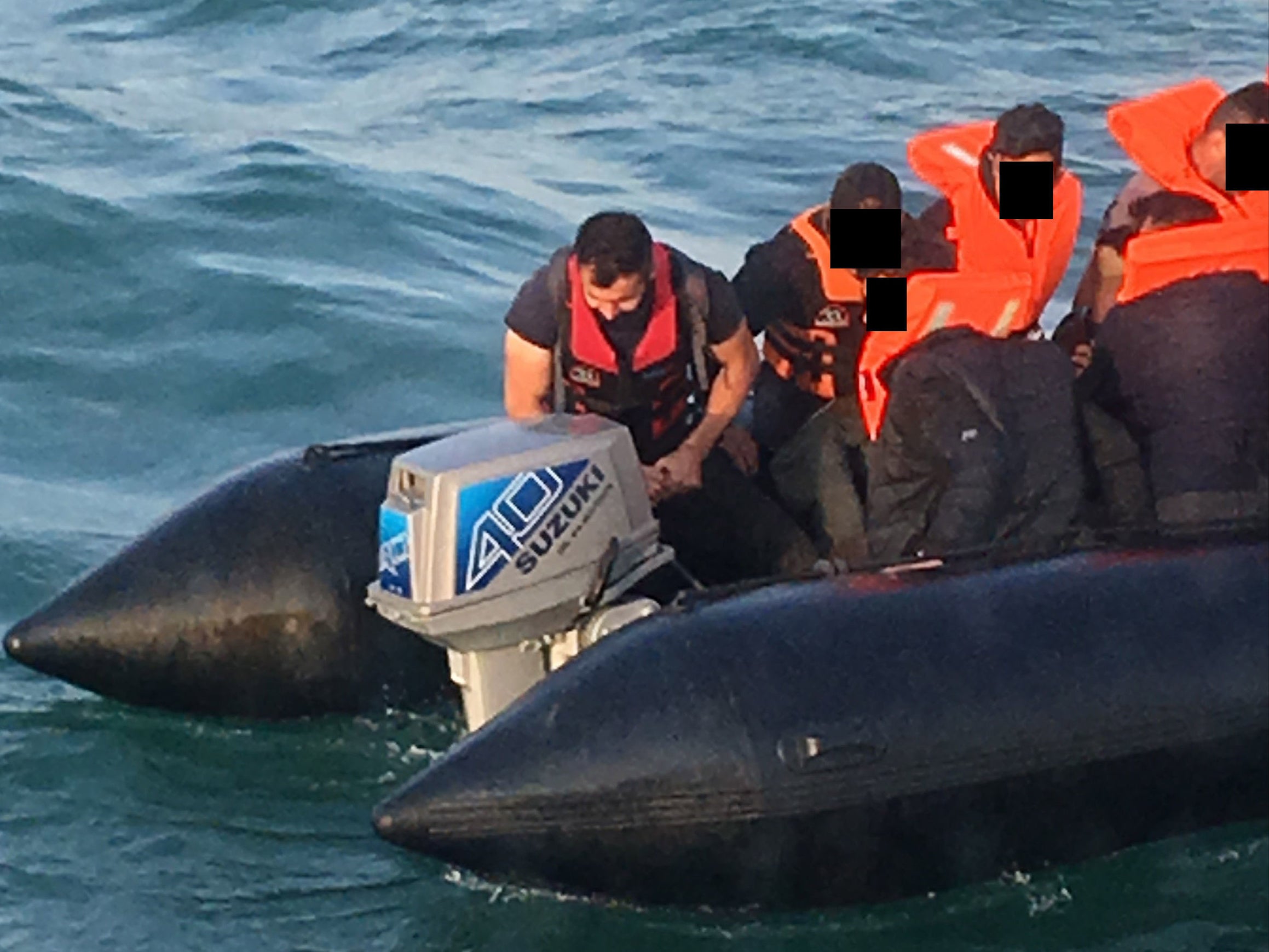 A refugee who fled persecution in Iran and was later picked up by Border Force in the English Channel has been jailed and now faces possible deportation.

Fouad Kakaei was spotted at sea piloting dinghies headed for the UK on two occasions in 2019, and though a judge accepted he had a “well-rounded fear of persecution” in his home country and was exploited, he said he nonetheless played a “significant role” by steering the boats.

Kakaei, 30, appeared at Canterbury Crown Court by videolink on Thursday after pleading guilty to two charges of assisting unlawful immigration.

The first relates to a crossing in July 2019 when Kakaei and 26 others were rescued from a packed dinghy and brought to Dover, Kent.

Prosecutor Simon Taylor told the court: “When he was searched the defendant was found to have £210 in sterling upon him along with a Samsung mobile telephone.”

During an interview, Kakaei said he and others took turns piloting the dinghy during the journey across the Dover Strait.

Following their arrival at the port, all but Kakaei claimed asylum and he agreed to return to Denmark where he had previously lodged an unsuccessful asylum claim.

In December the same year, Kakaei was spotted in another dinghy together with 10 others headed for Britain.

All aboard, including Kakaei, claimed asylum upon reaching UK shores, the court heard.

The prosecutor said: “He accepted that he had piloted the boat.

“He said he did so because nobody else could do it. He said the engine was problematic and he didn’t wish to die at sea.

“He explained that he had learned to pilot boats when he had piloted a boat from Turkey to Greece in 2015 with over 50 people on board.”

Aneurin Brewer, defending, said Kakaei had no financial motive for either offence and paid for his journey along with all the others.

He added: “Many of the other migrants on board agreed to assist with piloting the boat… (he) was merely unfortunate enough to be the one left holding the tiller when the boat was interdicted

When asked why Kakaei did not claim asylum in France, Mr Brewer said his understanding of asylum law in the EU was limited.

Sentencing Kakaei, judge Mark Weekes said: “The boats on both occasions were totally unsuitable for such crossings they were overloaded and they were on one of the busiest shipping lanes in the world.

“While I do not doubt that to an extent you were exploited by others as all in your situation are however I do not accept that ultimately you didn’t want to get in to the boat or that any form of duress applies in your situation,” he added.

Kakaei was jailed for two years and two months, much of which he has already spent on remand. He was told that after serving his sentence he will likely face deportation from the UK.

He added: “This case is an excellent example of how evidence gathered in the course of our Channel operations has helped bring a dangerous offender to justice.”