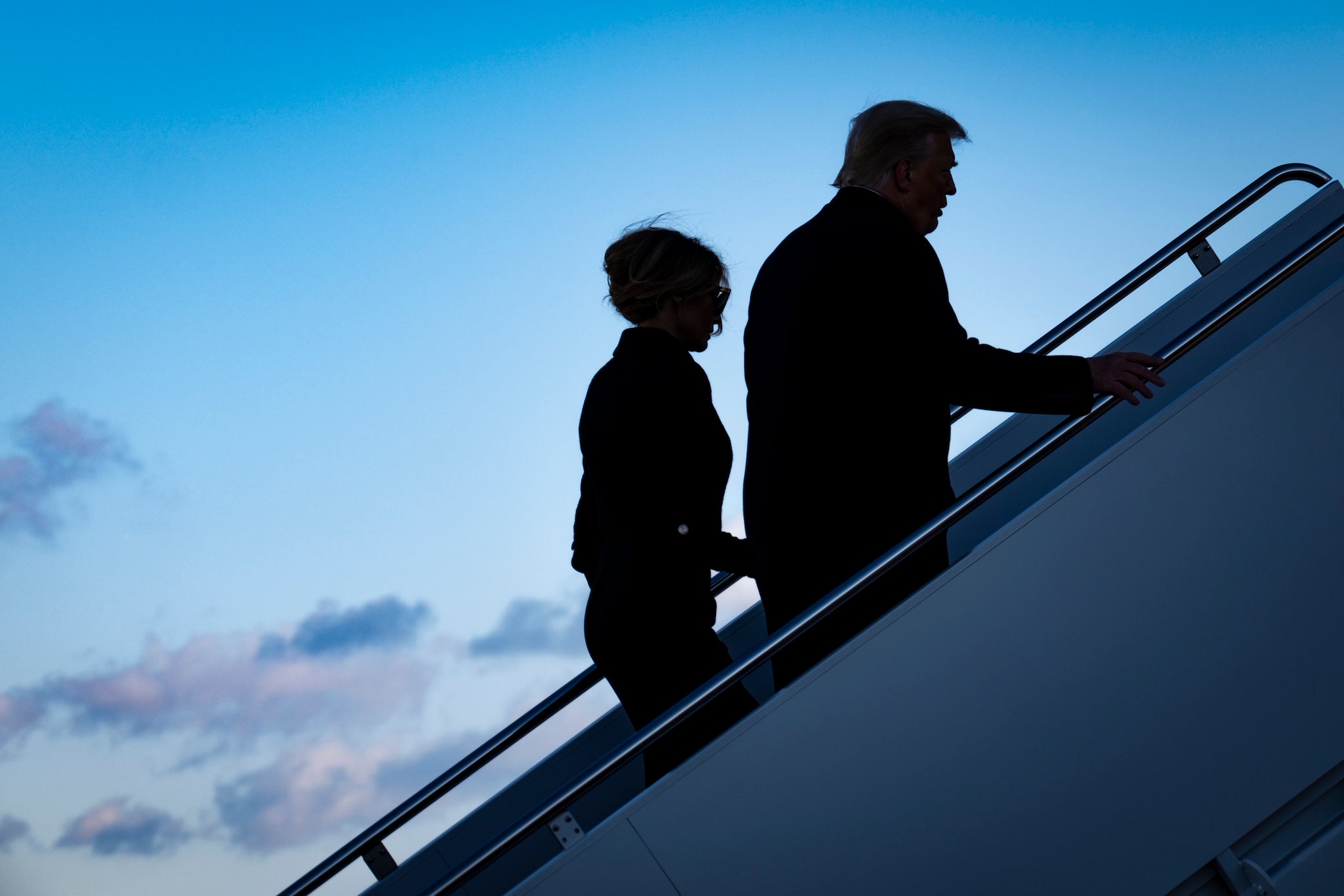 Followers of QAnon have been left upset and angry in the wake of the apparent collapse of the conspiracy theory.

Followers had hoped for mass arrests of their enemies and the final proof that their faith in the unknown person named Q and Donald Trump had not been misplaced. But the largely uneventful inauguration seemed to be a serious blow for the theory – leaving many upset and angry, even as others struggled to find new ways to keep the theory going.

The baseless QAnon theory suggests, without any evidence, that a group of powerful, Satan-worshipping people running a cannibalistic child sexual abuse ring. It argues that Donald Trump is planning to take down the group – and that those plans could not be revealed publicly, but have been disseminated by an anonymous individual named Q.

In a series of posts, originally on website 4chan, Q laid out those theories in cryptic language. As those posts accrued, so did large numbers of followers, many of whom attended Mr Trump’s rallies and received some encouragement from him and his family.

QAnon’s adherents came to believe that the cabal would eventually be exposed and arrested in an event known as the Storm and orchestrated by Mr Trump. But despite repeated predictions of dates for such an event – including an initial indication from the person going by the name Q that it would happen in 2017 – and an insistence that it would eventually arrive, nothing happened.

The inauguration and Mr Trump’s final day in office came to symbolise for many the final opportunity for the beliefs within QAnon to be realised. Followers suggested that the ceremony would not go as planned: that Mr Trump was gathering people together so that they could be more easily arrested, for example, or even that Joe Biden was working on behalf of his predecessor.

Even in the final hours of Mr Trump’s presidency, followers were looking for clues. His final speech as president, for instance, was made in front of 17 American flags – taken by some to be a reference to the fact that Q is the 17th letter in the alphabet.

As the inauguration came and went, however, and Mr Trump left for Mar-a-Lago, it became clear that no such ‘Storm’ was coming.

The inauguration was just the end of a run of events that served to undermine the QAnon narrative, and the view of Donald Trump as powerful and secretly in control that underpinned it. Since Mr Trump lost the election, posts by Q have been few and far between, leaving followers with little guidance for how to understand damaging events such as Mr Trump’s response to the attacks on the Capitol and his departure from the White House.

That silence from the person or people at the heart of the conspiracy theory continued on Wednesday. The Q account has not posted since December, leaving its more active and well-followed adherents to fill in the gaps and attempt to flesh out the reasons that the predictions had not come true, which led to the belief that the Storm might arrive during the inauguration.

The uneventful inauguration left many of those who had believed that some cataclysmic event was coming frustrated and lost. Many suggested that it was the final straw of their trust in the conspiracy theory – even while others found new ways to believe.

One prominent Q supporter, for instance, posted on right-wing social network Gab to suggest that it was an “exciting day”. “Don’t worry about what happens at 12pm,” they wrote, referring to the time of the inauguration – “watch what happens after that”.

Followers picked up on some indications from Mr Trump and his circle that they would not be going away as a cause for hope. Mr Trump ended his final speech, in front of those 17 flags, by telling supporters to “have a good life” and saying “we will see you soon”, which some adherents took as an indication that all was not lost.

Others suggested that the Storm had actually arrived, and people had perhaps not noticed it. Another prominent account posted a picture of a large crowd at one of Mr Trump’s rallies, captioning it with the hashtag #TheStormIsHere.

Others however, seemed lost – finding themselves angry or upset after the central tenets of the conspiracy theory appeared to have come undone.

“I want to puke,” another wrote.

Accusations of those to blame for the failure ranged from Mr Trump himself to Q, but the widespread acceptance was that “we been played”, as one account wrote.

“Sad and confused,” one follower wrote, seemingly summing up many followers’ feelings. “Sick to my stomach.”

Even an account belonging to Ron Watkins – who has been central to the QAnon mythology and run the website, 8kun, on which much of its material has been disseminated – suggested that people should give up and move on.

“We gave it our all,” he wrote on Telegram. “Now we need to keep our chins up and go back to our lives as best we are able. We have a new president sworn in and it is our responsibility as citizens to respect the Constitution regardless of whether or not we agree with the specifics or details regarding officials who are sworn in.

“As we enter into the next administration please remember all the friends and happy memories we made together over the past few years.”

0 0 0 0
Previous : What is QAnon: The origins of how this bizarre conspiracy theory started
Next : UK records 1,290 new Covid deaths