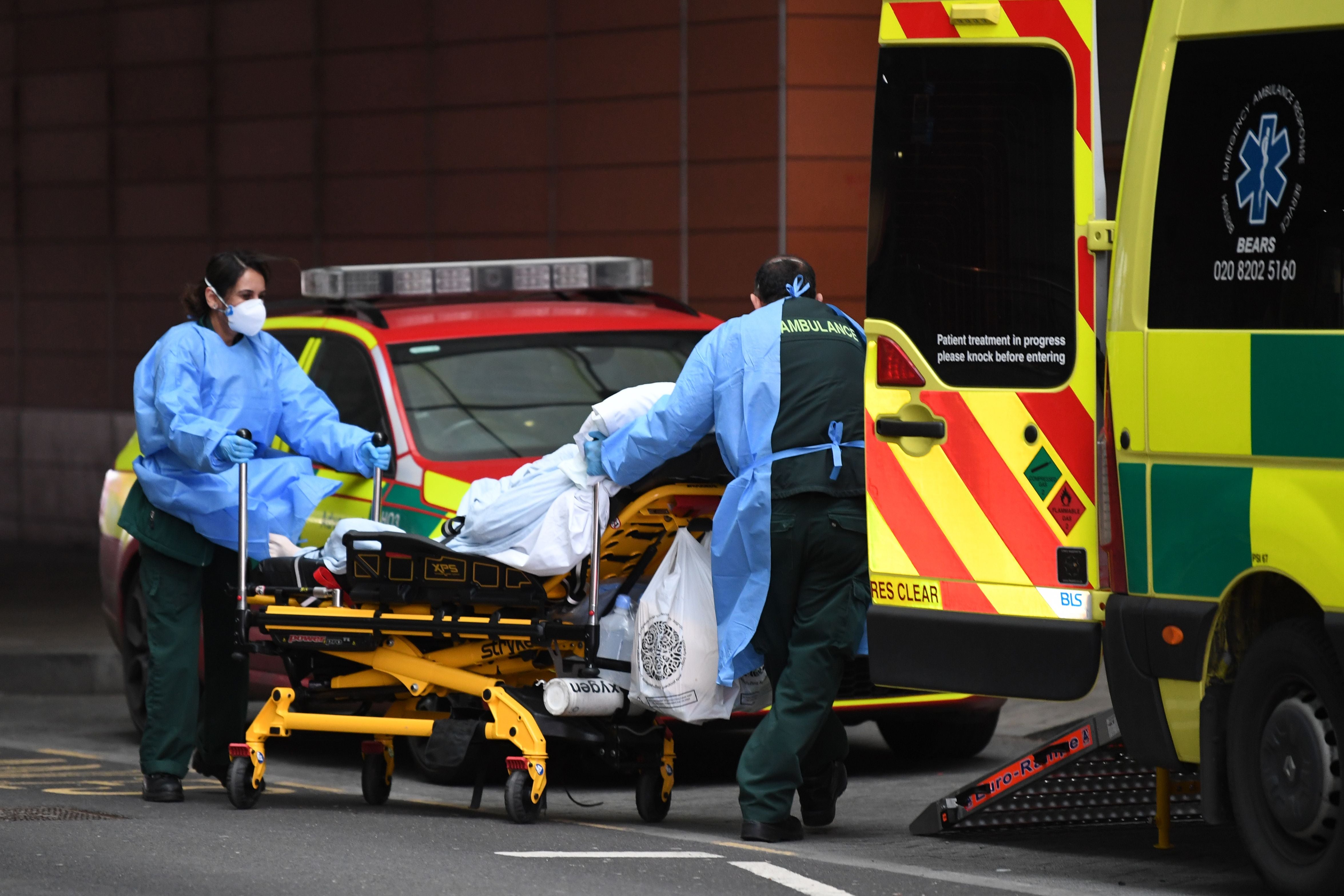 The UK is continuing its tragic march toward 100,000 Covid deaths after a further 1,290 were recorded in the latest 24-hour period.

A total of 94,580 people have now died within 28 days of a positive test. This figure stands at 95,829 where Covid-19 is mentioned on the death certificate.

The government said that 37,892 new cases were reported on Thursday – slightly down from the 38,905 infections that were reported the day before.

Since the beginning of the pandemic, 3,543,646 people are now confirmed to have been infected with the virus.

The NHS remains overwhelmed, with 38,676 Covid patients in hospital as of 19 January, according to the latest figures.

Although admissions appear to be  dropping after near-daily increases over the past two months, more than three quarters of major hospital trusts in England currently have more Covid-19 patients than at the peak of the first wave of the pandemic.

Although admissions finally appear to be dropping after near-daily increases over the past two months, more than three-quarters of major hospital trusts in England currently have more Covid-19 patients than at the peak of the first wave of the pandemic.

People under the age of 55 accounted for 22 per cent of Covid-19 admissions to major hospitals in England in the week to 15 January. This is broadly unchanged from the previous week.

The data, from NHS England, also shows that people aged 85 and over accounted for 20 per cent of admissions over the last two weeks.

Meanwhile, Matt Hancock said health authorities were now vaccinating people against Covid-19 at a rate of 200 jabs every minute.

The seven-day rolling average of first doses given in the UK is up to 293,571. Based on the latest numbers, an average of 401,070 first doses of vaccine would be needed each day in order to meet the government’s target of 15 million first doses by 15 February.

According to provisional NHS England data for the period up to 17 January, about two-thirds of people aged 80 and over in the north of the country have now received their first dose. In London, just 50 per cent of this group has been vaccinated.

Elsewhere, authorities in Cumbria and the northeast of England have handed out 10 times more doses than those in Shropshire, while 10 per cent of the population in Herefordshire, Worcestershire and Gloucestershire had been vaccinated.

Coverage appears to be higher in more rural areas, with the lowest vaccination rates in the capital and the east Midlands.

The figures highlight the regional variation in the UK rollout, prompting the government to limit vaccine supplies delivered to the northeast and Yorkshire to ensure other regions can catch up in their programmes, according to the Health Service Journal.

Mr Hancock told the Commons that supply of the vaccine must be fairly distributed across the country when questioned about the HSJ report on Thursday.

He said: “We have got to make sure that the vaccination programme is fair right across the UK, and some parts of the country, including parts of the northeast and parts of Yorkshire, have gone really fast early on which is terrific.

“And we do have to make sure that the vaccination programme is fair everywhere so that everyone in the top four groups can receive that offer of a vaccine by 15 February.”

Despite the progress being made in the UK’s rollout, Boris Johnson said it was “too early to say” when measures would be relaxed, with Downing Street later refusing to rule out the possibility of lockdown continuing into the summer.

The PM said that current research, including the React study published by Imperial College London on Wednesday, indicated that current levels of coronavirus were still too high in the UK.

At the same time, Northern Ireland announced that its current coronavirus lockdown restrictions – which first began after Christmas – will be extended to 5 March.

Stormont first minister Arlene Foster said: “Following a detailed outline from health highlighting continuing pressures on hospitals and intensive care units and the emergence of highly-transmissible variants the Executive has agreed that the restrictions will be extended for four weeks.”

Meanwhile, the latest Test and Trace data has shown that 330,871 people tested positive for coronavirus in England between 7 and 13 January 2021 – a 15 decrease on the previous week and the first week-on-week fall since the start of December.

Of the 351,567 people transferred to the system in the week over this period, 86.7 per cent were reached and asked to provide details of recent close contacts.