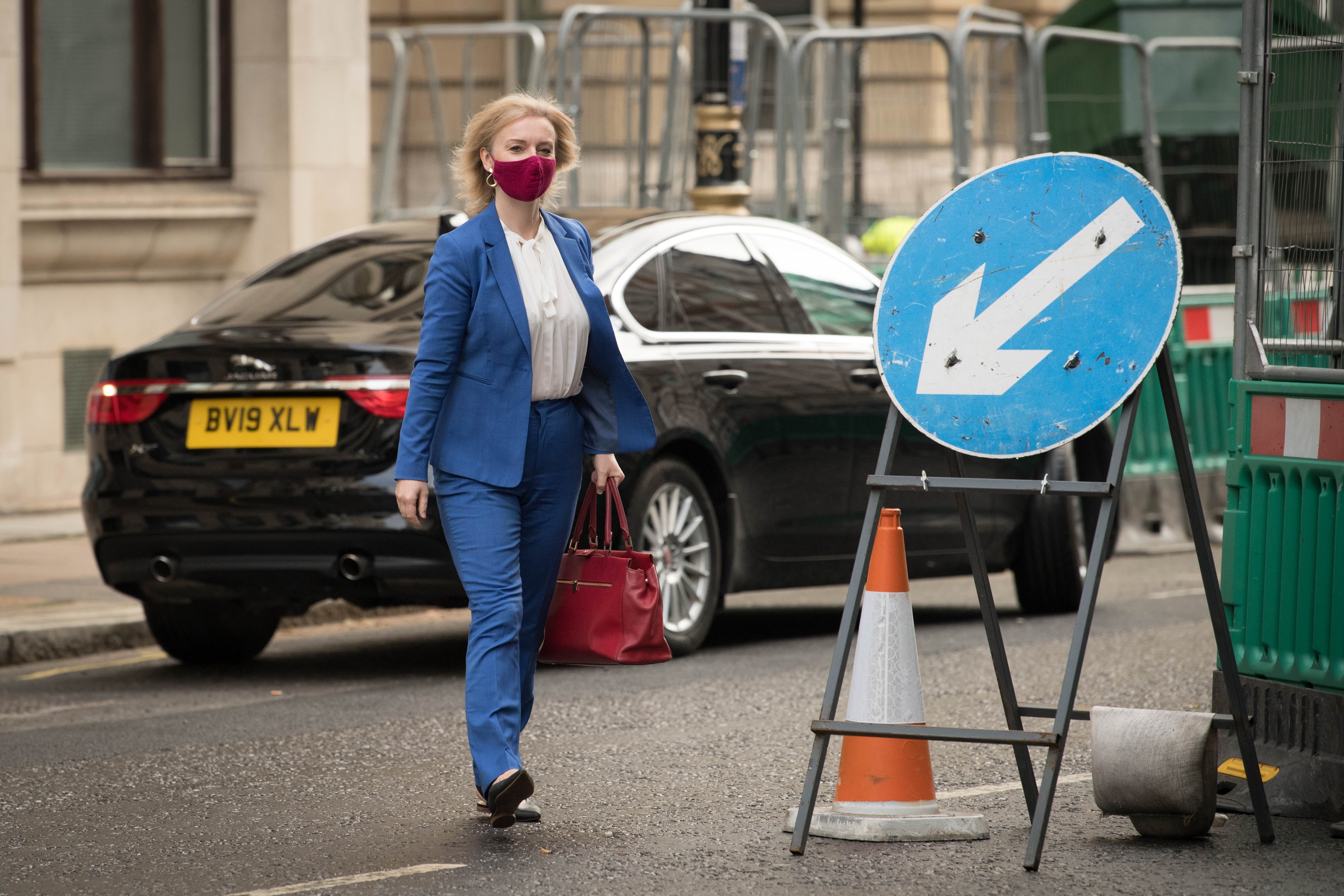 Ms Truss joined Ireland’s foreign affairs minister, Simon Coveney, in acknowledging the UK’s departure from the EU played a part in the disruption, putting her at odds with Mr Lewis, the Northern Ireland secretary, who has said disruption caused by coronavirus before Christmas is solely responsible for the shortages of some food products and is “nothing to do with leaving the EU”.

But Mr Coveney told ITV’s Peston: “I don’t think it’s only to do with Covid-19, though certainly that doesn’t help.

“The supermarket shelves were full before Christmas and there are some issues now in terms of supply chains. So that’s clearly a Brexit issue and it’s part of the reality of the United Kingdom now being outside not only the European Union but of the customs union and the single market as well.

“Northern Ireland of course has special treatment and we’ve made a huge effort to try and minimise those checks and that disruption but nevertheless it’s there and very real.”

When she was asked about Mr Coveney’s assertion that the shortage of goods is not to do with Brexit agreements as well as Covid-19, Ms Truss told Peston: “Well I think it’s down to both of those issues.

But she said “predictions of armageddon” over Brexit “simply haven’t happened” and that “we’re now seeing a more rapid flow of goods into Northern Ireland and those supermarket shelves are being stocked”.

“Of course there was always going to be a period of adjustment for businesses,” she added.

On Tuesday, Mr Lewis said shortages of some products in the weeks since the post-Brexit transition period ended on 31 December were due to the knock-on effects of UK trade with continental Europe being temporarily halted due to concerns over the new Kent variant of coronavirus.

He told BBC Radio 4’s Today programme: “That’s actually something we’ve seen across other parts of the UK as well, nothing to do with leaving the EU, nothing to do with the Northern Irish protocol but actually to do with some of the challenges we saw with Covid at the port of Dover just before Christmas and the impact that had on supply lines coming through.

“I have to say supermarket supply lines at the moment are in good fettle.”

On Wednesday, Mr Coveney said the Brexit divorce deal agreed with the EU by then-prime minister, Theresa May, would have caused less separation from Northern Ireland from the UK.

“There was an opportunity for a very different kind of Brexit that would have avoided much of the trade disruption that we’re now experiencing and people chose not to take that opportunity,” he said.

0 0 0 0
Previous : Are COVID-19 Swab Samples a Threat to Your DNA Privacy? – David Icke
Next : DNA-manipulating Flublok DNA-recombinant ‘flu vaccine’ being used in the UK with only EMERGENCY not full authorisation – same as ‘Covid’ fake vaccine. They are systematically changing the nature of your body as I have so long warned that they would. And why do you need a ‘vaccine’ for flu when it has disappeared in 2020/21 to be rediagnosed ‘Covid-19’?