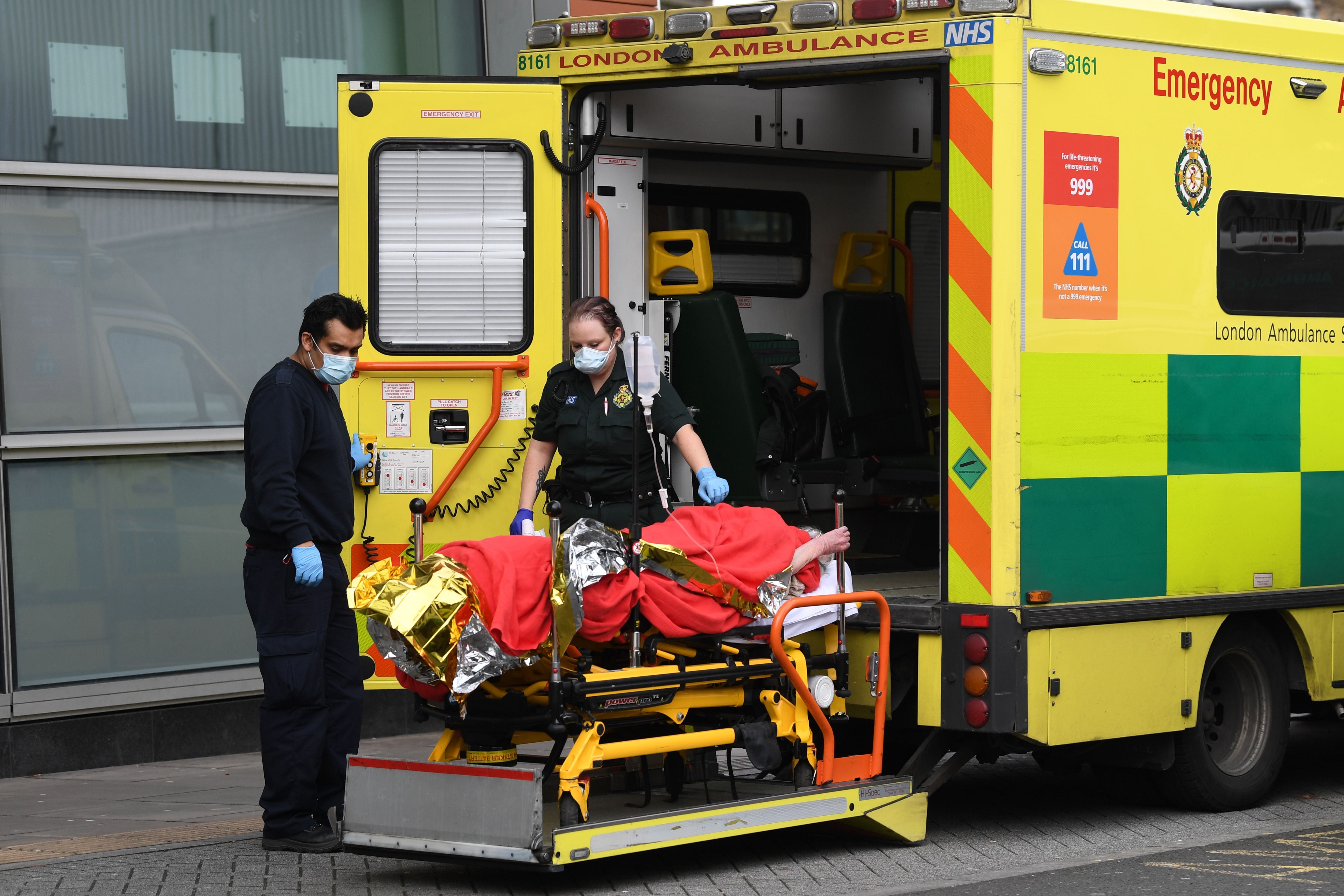 Early relaxing of restrictions could lead to ‘disastrous’ resurgence of Covid, experts warn

The UK could experience a “disastrous” resurgence in Covid-19 if restrictions are lifted too early and not enough vaccine coverage has been provided to the population’s most vulnerable people, new scientific modelling suggests.

Epidemiologists have estimated that even with an uptake rate of 90 per cent among the UK’s top priority groups, up to 1 million people will remain vulnerable to the disease.

A lack of protection among this group may be enough to fuel a third wave of hospitalisations and deaths, potentially burdening the NHS for many more months to come, the scientists warn.

They have called for a gradual and prolonged transition out of lockdown, arguing that restrictions should not be eased until May at the earliest.

It came as Boris Johnson said it was “too early to say” when measures would be relaxed, with Downing Street later refusing to rule out the possibility of lockdown continuing into the summer.

Under the most optimistic assumptions about vaccine rollout, coverage and efficacy, it will be several months before the population immunity threshold is reached in the UK, according to Mark Woolhouse, a professor of epidemiology at the University of Edinburgh.

His modelling assumes 85 per cent uptake, the delivery of 2 million doses a week and strict adherence to the priority groups list outlined by the Joint Committee on Vaccination and Immunisation (JCVI).

A total of 44 epidemic scenarios were simulated, each one exploring the outcome of an early lift in restrictions coupled with varying coverage rates, natural immunity levels among the population, the ability of the vaccine to prevent transmission and possible mixing patterns.

In each case, Prof Woolhouse and his team found that the “rapid relaxation of all controls” after the completion of the top nine priority groups on the JCVI list “is predicted to generate an unacceptably large-scale outbreak”.

“It’s quite possible we will get a resurgence,” he said during a briefing on Thursday. “There’s no possibility up to phase one [of the rollout] that we’ve reached the herd immunity threshold and … there are still vulnerable people in the population who may get infected.”

In the scenario where there is 90 per cent vaccine uptake among the JCVI’s vulnerable groups, this means 1 million at-risk people will still be susceptible to Covid-19.

“That is more people in that group than have already had the infection,” said Prof Woolhouse. “So it’s clear there’s the potential for a bigger epidemic at some stage.

“It’s this 90 per cent figure that is important. It doesn’t have to be gaps in the effectiveness of the vaccine, it’s failure to protect – it’s not that. It’s mostly about the people who haven’t had the vaccine, and if there are large numbers of them, that’s a problem.”

Matt Keeling, a professor of populations and disease at the University of Warwick, said “completely stopping all controls” in the spring would be “disastrous”.

“A complete relaxation of all controlled measures in April, not surprisingly this is a huge kick to the system,” he said. “We get massive peaks of both daily deaths and hospital admissions.

“I would be worried about any early opening of bars and restaurants, or just reducing the controls,” he said. “At the moment we’re in an unsustainable position. We can’t do anything until we’ve got the number of cases down.”

Even when vaccination for all adults is completed – which is likely to be in the autumn, according to the current government projections – there is still the risk of a “large sustained outbreak” once restrictions are eased, according Prof Keeling.

In some of the epidemiological models, it was assumed that the vaccine would prove completely ineffective in preventing transmission of the virus – a possibility that is seen as unlikely by the scientists.

“If we’ve got good transmission and infection-blocking,” there is a higher probability that the transition out of lockdown will not be as turbulent, Prof Keeling said. However, “there’s still danger, unless the vaccine works incredibly well at stopping infection”.

He said the most realistic approach was to begin the “gradual relaxation of controls from spring onward” – a strategy that would help to avoid overwhelming the NHS in the summer and “lower the attack rate, or resurgence,” of the virus.

“If we do it too quickly we tend to have large-scale outbreaks – bigger than what we’re seeing at the moment – and so the key is slow relaxation and [hopefully] high levels of infection blocking from the vaccine.”

Dr Anne Cori, a lecturer in infectious disease modelling at Imperial College London, stressed that the extent to which the government can ease lockdown measures “really depends on the proportion of population that is protected”, the speed of the rollout, the effectiveness of the vaccine and “uptake, critically”.

All of the scientists agreed that it was likely to be September by the time herd immunity threshold is reached – the point at which the R rate of the virus cannot surpass 1 – but warned that, under “pessimistic but plausible assumptions”, Covid-19 could become endemic.

Prof Woolhouse said “it depends on a number of things including coverage and key unknowns about the vaccine performance”, such as the vaccines’ ability to prevent disease, transmission and the duration of protection they offer, along with natural immunity acquired via infection.

The scientists also insisted that their models were calculated scenarios, rather than predictions, and that a lack of current data on the effects of the vaccine and uncertainty around uptake meant it was hard to draw firm conclusions about the immediate trajectory of the epidemic.

As for what the long-term future holds, Prof Woolhouse said there are “so many scenarios and different possibilities that after six months it’s really hard to say what’s going to happen”.

Earlier on Thursday, the authors of the latest React study from Imperial College London said that Covid-19 infections may have risen during the first week of the national lockdown, raising concern over the effectiveness of the current restrictions.

The prevalence of coronavirus across England increased by 50 per cent between early December and the second week of January, the results show.

Professor Paul Elliot, who is leading the React study, suggested the current restrictions may not be strict enough to see a drop in infections and the R rate.

“We’re in a position where the levels are high and are not falling now within the period of this current lockdown,” he told BBC Radio 4’s Today programme.

“We’re seeing this levelling off, it’s not going up, but we’re not seeing the decline that we really need to see given the pressure on the NHS from the current very high levels of the virus in the population.”