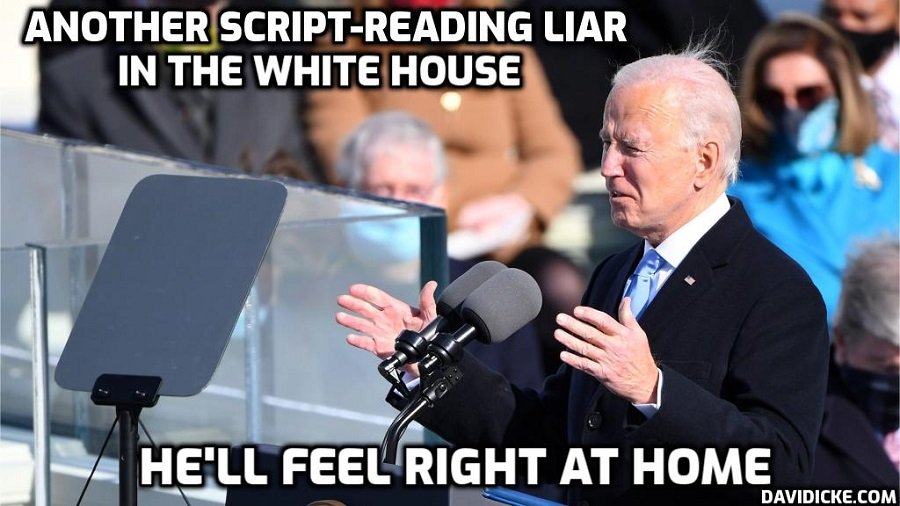 Joe Biden issued a call for unity and promised to govern for ‘all Americans’ Wednesday, seeking to move the nation beyond the presidency of Donald Trump and what he described as an attack on democracy itself in his first remarks to the nation as president.

In a 22-minute address after he was sworn in 11 minutes early by Chief Justice John Roberts, Biden drew a sharp contrast between his presidency and the preceding four years, saying: ‘My whole soul is in this. I’ll keep everything I do in your service, thinking not of power but of possibilities, not of personal injuries but the public good.’

Biden did not mention Trump by name but wove a thread of contrast through his speech. He denounced ‘lies told for power and for profit,’ said ‘there are truth and there are lies,’ acknowledged the bitter divisions in the country as an ‘uncivil war,’ and referred to the MAGA mob which rioted in the place he spoke just two weeks ago, saying: ‘Democracy prevailed.’

He spoke in unique circumstances: no crowds because of COVID and a security clampdown in the wake of the MAGA riot, and for the first time since 1869, his predecessor absent.

Trump had left Washington D.C. with a tub-thumping speech saying ‘we will be back – in some form’ and taken Air Force One to Mar-a-Lago, issuing a final pardon with less than an hour of his presidency left, and telling his friends he will start his own ‘Patriot Party.’

On the dais on the Capitol steps, Biden put his hand on his family’s Bible, held by his wife Jill, and took the oath, then addressed the nation for the first time as the 46th president.

Read more: Deeply crooked Biden lies his way through inauguration address calling for healing and unity in a nation that he (his masters) are about to drive even further part