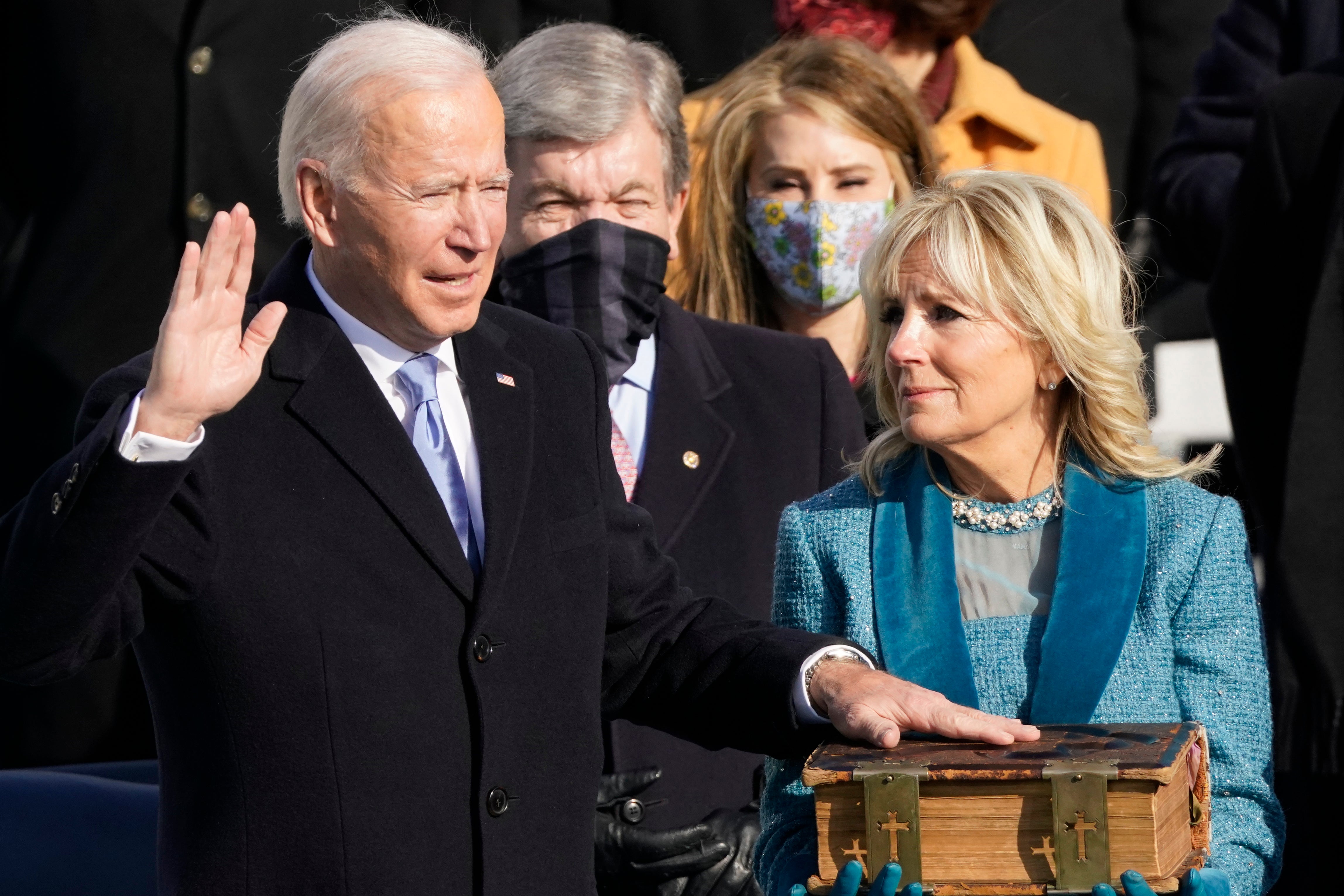 Joe Biden has ordered a halt on the construction of the wall on the US-Mexico border, a key project of the Trump administration, fulfilling one of the most prominent promises made by the Democrat during his presidential campaign.

The 46th president, while terminating the order that declared a national emergency concerning the southern border of the US, said it was “unwarranted and that no more American taxpayer dollars be diverted to construct a border wall.”

“I am also directing a careful review of all resources appropriated or redirected to construct a southern border wall,” said Mr Biden in his order, which was among the series of executive orders that he signed on the first day in office after the inauguration.

The president said the US has a “right and a duty to secure its borders and protect its people against threats, but building a massive wall that spans the entire southern border is not a serious policy solution”.

“It is a waste of money that diverts attention from genuine threats to our homeland security.  My administration is committed to ensuring that the US has a comprehensive and humane immigration system that operates consistently with our nation’s values,” said the order.

It remains unclear whether the halt to construction of the wall can be permanent without passing legislation through Congress, which had approved the funds for it.

Mr Biden’s order directed a pause of work on “each construction project on the southern border wall, to the extent permitted by law, as soon as possible but in no case later than seven days from the date of this proclamation”.

It also called for an assessment of the “legality of the funding and contracting methods used to construct the wall” along with analysing the administrative and contractual consequences of ceasing each wall construction project.

The president also asked top officials of his administration, including the defence secretary, to “develop a plan (within 60 days) for the redirection of funds concerning the southern border wall” which would include a consideration of terminating or repurposing contracts with private contractors engaged in wall construction.

0 0 0 0
Previous : Here’s how the Bidens are already redecorating the White House
Next : NHS Surgeon Fired for Revealing COVID-19 Is Not A Real Disease & Mere Cover for a Transhumanizing, Sterilizing GMO Vaccine – David Icke