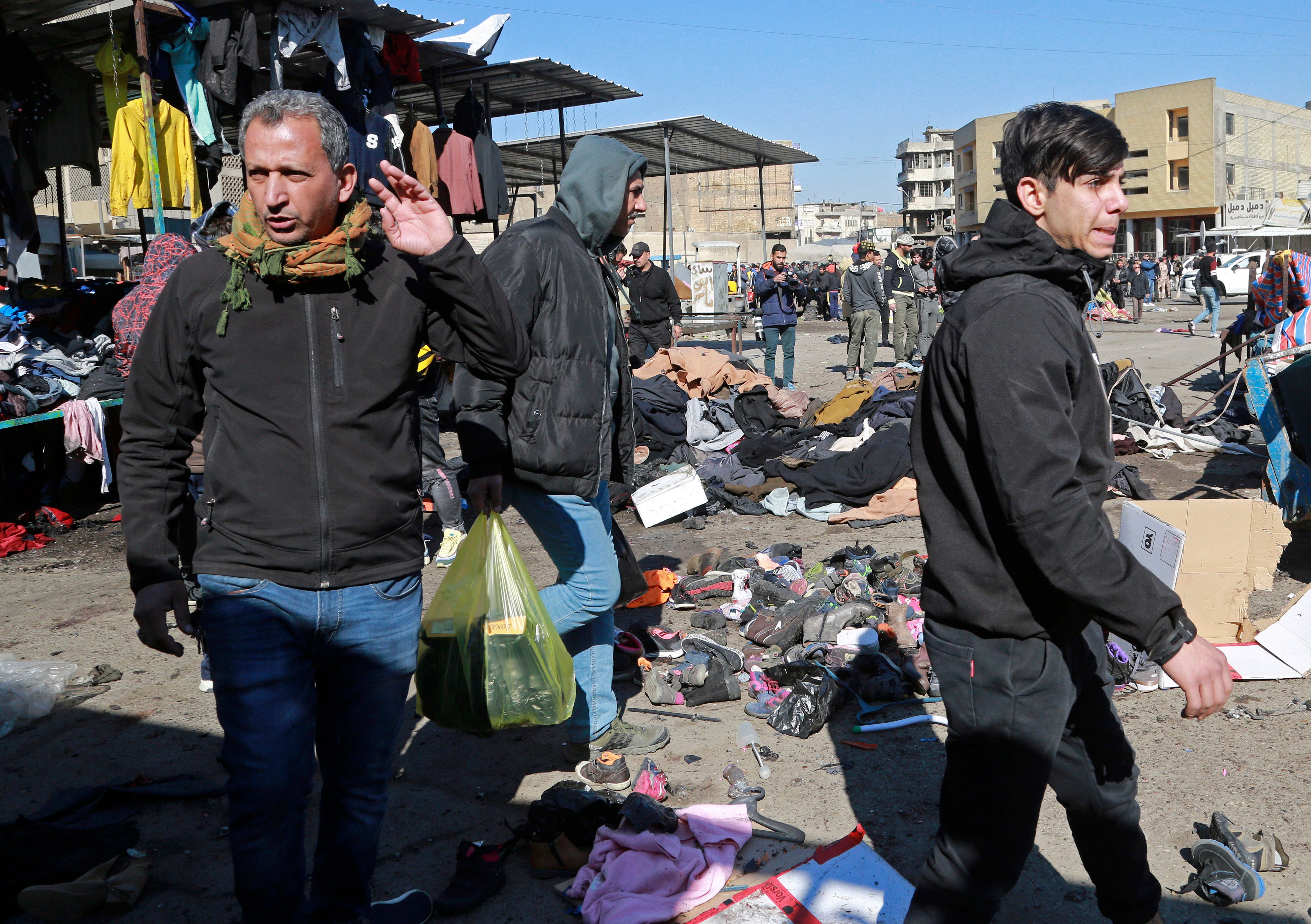 At least 32 people have been killed and over a 100 wounded in a double suicide bombing of a central Baghdad market, the first such attack in three years.

The Iraqi military said two attackers wearing explosive vests blew themselves up among shoppers at a crowded market in Tayaran Square in central Baghdad, when they were “pursued by security forces”.

An interior ministry spokesman confirmed the death toll telling The Independent it may rise as some of the wounded were in critical condition.  It is the first suicide bombing of the Iraqi capital since 2018.

Video footage apparently taken at the scene of Thursday’s attack from a balcony showed a small group of people gathering beside the market, before a large explosive and flash of light rips through the crowd. As the smoke clears several mangled bodies are seen lying on the ground.

Videos apparently taken in the marketplace from the ground, showed limp bodies scattered in amongst the stalls.

Witnesses said that the first bomber claimed to be sick and asked for help before detonating his vest, while the second bomber attacked as people rushed to help those wounded in the first attack.

“One (bomber) came, fell to the ground and started complaining ‘my stomach is hurting’ and he pressed the detonator in his hand. It exploded immediately. People were torn to pieces,” said a street vendor who did not give his name.

No one has claimed responsibility for the killings so far. The Iraqi interior ministry spokesperson told The Independent that investigations were still underway but that it bore the hallmarks of an Isis terrorist attack.

Pope Francis, who is scheduled to visit Iraq in March, on Thursday condemned twin bombing as a “senseless act of brutality”.

In a statement, he said he hoped that Iraq could continue to work to overcome violence with “fraternity, solidarity and peace”.

The Iraqi capital was once regularly rocked by such attacks but has remained relatively calm since 2017 when Iraqi forces and the US-backed coalition drove the Islamic State from the territory they controlled.

The last deadly suicide blast in the Iraqi capital, also at Tayaran Square, killed at least 27 people in January 2018.

Separately militias have also routinely targeted the American presence in Iraq with rocket and mortar attacks, especially the US Embassy in the heavily fortified Green Zone.

However the pace of the militia attacks has decreased since an informal truce was declared by Iran-backed armed groups in October.