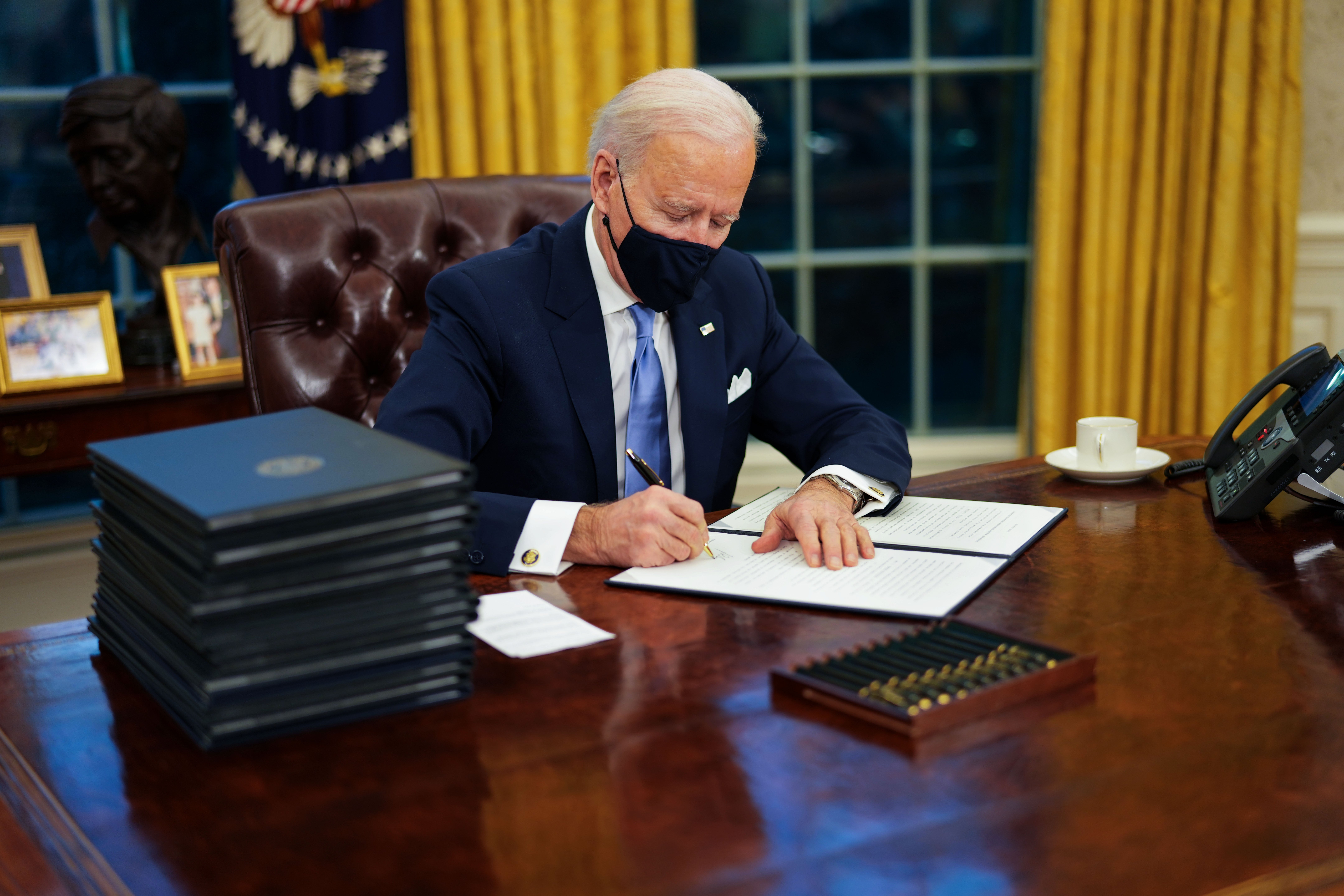 As a former ambassador to America, it’s clear common priorities can forge a close UK-US alliance once again

The expectations of President Joe Biden are enormous. They would be daunting for someone half his age. Some would say that for a 78-year-old, the oldest president ever to be inaugurated, they are simply unrealistic.

In short order Biden will be expected to heal the nation’s divisions, get Covid-19 under control, repair the economy, and restore America’s global leadership – to mend the damage done by four years of Donald Trump.

There’s the first problem. Trump has made clear that he is not going to fade away. Whether or not he runs again for the presidency in 2024, he will be the most influential Republican of them all – the 800-pound political gorilla, a constant menace and distraction to Biden’s presidency. It could not be otherwise. Seventy-four million Americans voted for him, the highest ever for a Republican. The polls tell us that at least half of them do not condemn him for the riot at the US Capitol on 6 January.

Of course, his impeachment trial in the US Senate may find him guilty of inciting the riot and ban him from future public office. But for many, possibly most, of his supporters that would crown him with the martyr’s halo, only adding to the charismatic attraction of the Trumpist cult.

In other words Biden will have his work cut out to heal America’s divisions. The Senate impeachment trial (and any other legal investigation of Trump) will not only emphasise how deep these divisions go, but will distract Senators from putting in place the building blocks of a new administration, such as approving the appointment of Biden’s cabinet.

Put all this together – healing America, tackling the pandemic, reinvigorating a battered economy – and you can see why Biden in at least his first year will have to concentrate overwhelmingly on domestic issues. He is not going to have that much time for abroad.

That said, we know already the broad thrust of a Biden foreign policy: to restore ties with friends and allies; to return to multilateral diplomacy and the international institutions which Trump so despised, such as the Paris Agreement, the World Health Organisation (WHO) and the World Trade Organisation (WTO); to stand up in the name of democracy to China, Russia and other dictatorships and tyrannies. And we know well the team that will implement this challenging policy. Tony Blinken, the new secretary of state, and Jake Sullivan, the new national security adviser, are old friends of the British embassy in Washington.

This is an agenda with which we in Britain can work because it reflects our priorities too. Of course there are potholes in the road. The new administration does not like Brexit. But so long as it does no harm to the 1998 Good Friday Agreement – which it certainly won’t from the UK side – the essential pragmatism of US diplomacy will soon get used to our leaving the EU.

There is a view in parts of the Democratic Party establishment that Boris Johnson is a “mini-Trump”. That is another pothole to be filled. Though each may have said nice things about the other, when the rubber hit the road on climate change, the Iran nuclear deal and the WHO/WTO, Johnson made plain our fundamental disagreement with Trump’s policies. For all Trump’s verbal support, it proved impossible to conclude a trade agreement during his presidency.

Back in 2000, when the presidency was about to pass from Bill Clinton to George W Bush, I asked a senior White House adviser if Tony Blair’s close friendship with Clinton would be a problem for the new president. “By your works shall ye be known,” came the typically Texan, biblical reply.

President Biden visits Britain in June for the G7 summit and again in November for the UN Climate Change Conference in Glasgow. He will see for himself that our “works” are the basis for a close and mutually beneficial alliance.