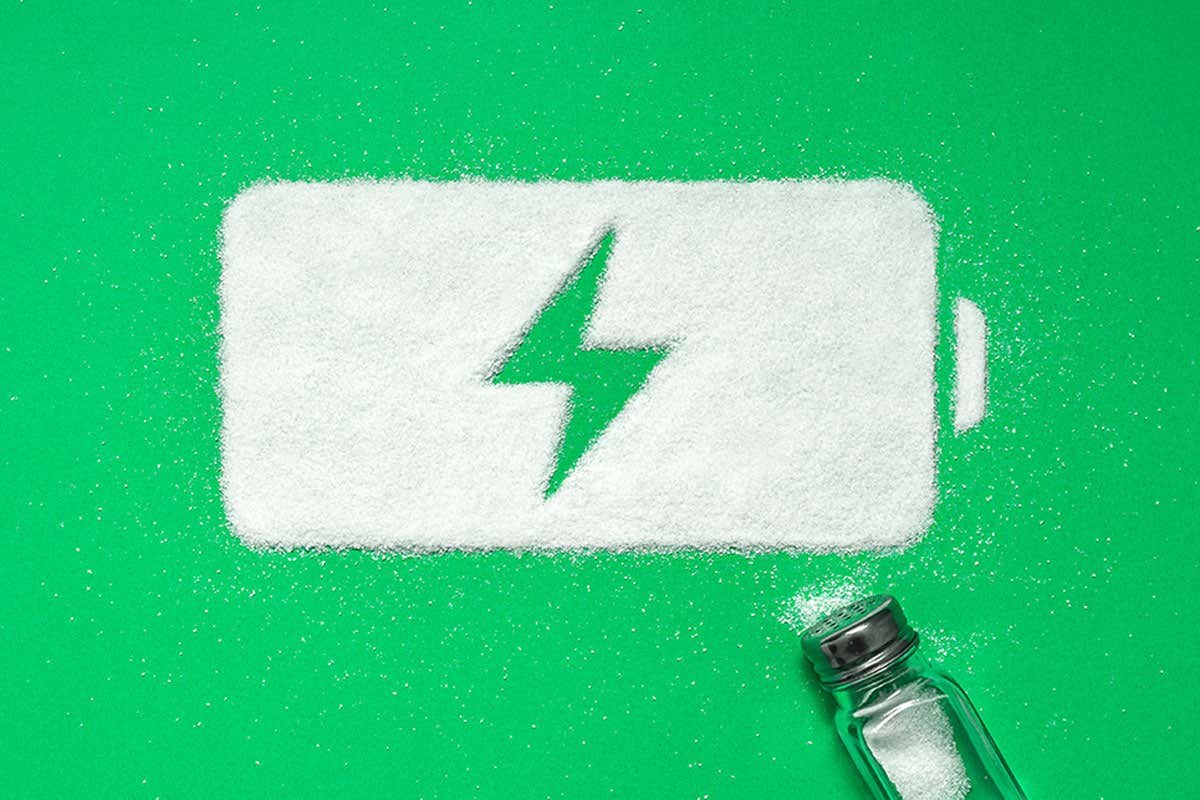 We’re running out of lithium for batteries – can we use salt instead?

Lithium-ion batteries power the world, but with lithium running low, we desperately need a viable alternative. Here’s why common salt may be our best bet

THEY are the widgets that quietly power our lives: lithium-ion batteries. Our phones, laptops and increasingly our cars rely on them. They already seem ubiquitous, yet the real battery revolution is still coming. Just take electric vehicles: in 2019, the number of electric cars on the world’s roads was just over 7 million, but that is expected to shoot up to some 200 million by 2030. And then consider our hopes of running the future on green electricity from wind turbines and solar panels. That will also depend on huge batteries that can store electricity for when it is needed, smoothing out peaks and troughs in demand.

Firms around the world are ploughing billions into battery factories to meet the demand. But that is going to require a lot of lithium. So much, in fact, that it isn’t obvious if we can mine enough of it to keep up, at least not without ravaging the environment even more. There may come a point where lithium becomes too scarce or expensive to be the key ingredient in this revolution.

What if we could make batteries using something so common that you almost certainly have it in your kitchen? Researchers have for years been working on batteries based not on lithium, but its close chemical cousin sodium, one half of sodium chloride or common table salt. It hasn’t been easy. You might even say it has been a grind. But at last we might have a way out of this lithium bottleneck. Might the batteries of the future be made from salt?

To understand how a condiment …

0 0 0 0
Previous : Vaccine efficacy may be ‘slightly diminished’ in face of South Africa variant, leading scientist warns
Next : Coronavirus: Record death toll is ‘appalling’ and there is ‘more to come’, Boris Johnson admits