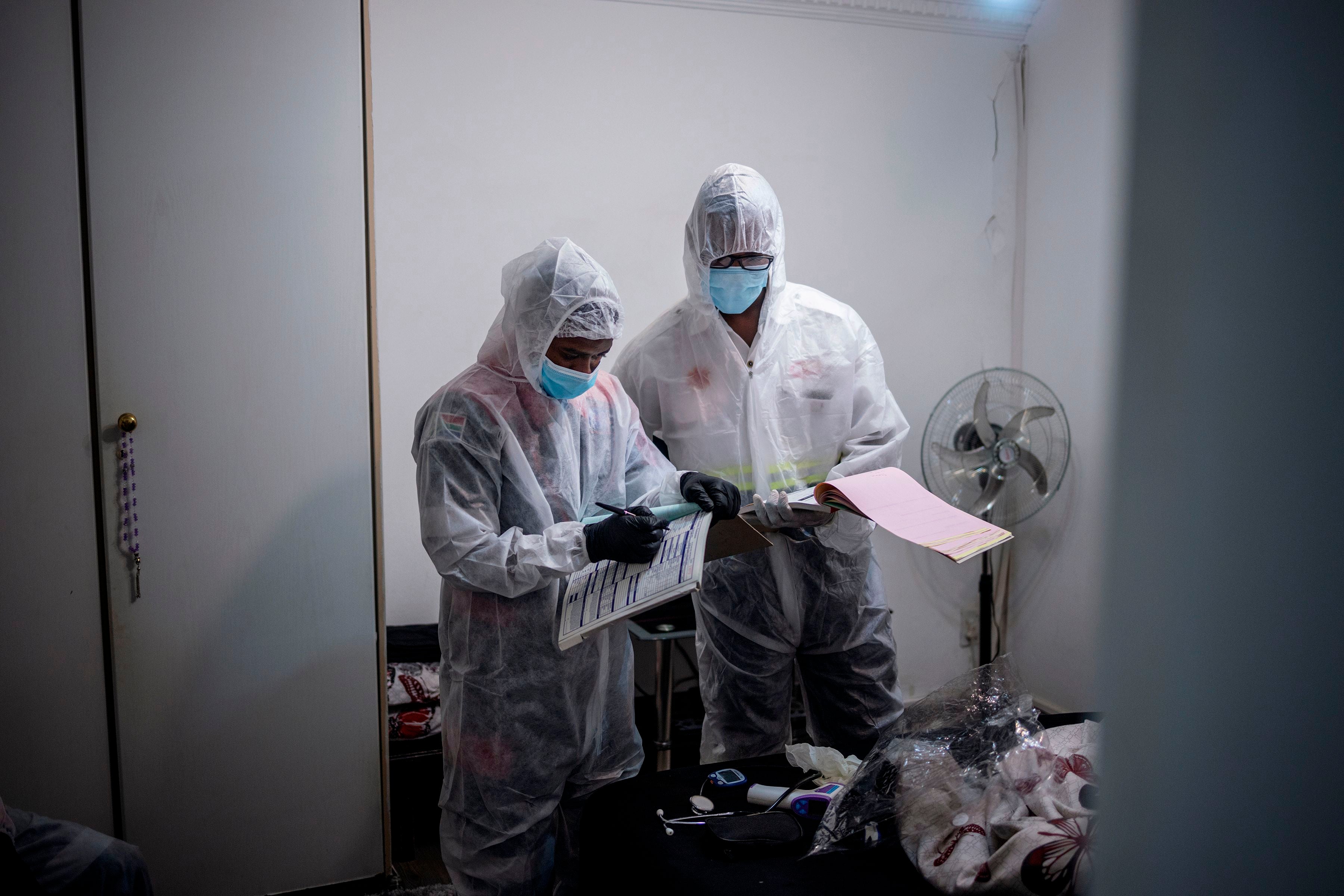 The ability of the Covid-19 vaccines to provide protection against the South African variant may be “slightly diminished” – though immunity is unlikely to be completely compromised – one of the country’s leading scientists has said.

Dr Richard Lessells, an infectious diseases specialist, said analysis indicated that the highly transmissible variant, called 501Y.V2, appears to have “some effect” in limiting the immune system’s ability to neutralise the mutated virus.

The variant contains the E484K mutation in its spike protein – the part of the virus responsible for binding and entering human cells – that scientists fear will allow it to evade neutralising antibodies produced by natural infection or vaccination.

Research from the National Institute for Communicable Diseases (NICD) in South Africa has already demonstrated that 501Y.V2 can circumvent the antibody response of the immune system, suggesting people who have recovered from Covid-19 may be susceptible to the variant.

Now, a separate study from Dr Lessells and his colleagues at Kwazulu-Natal Research Innovation and Sequencing Platform (KRISP) has returned findings that are “pretty consistent” with the work of the NICD.

Dr Lessells said his research, which is due to be published as a preprint imminently, showed “there is some effect on neutralisation with this variant”.

The team at KRISP grew live virus that contained the different 501Y.V2 mutations and tested it against blood plasma from people who had previously contracted Covid-19.

As seen in the NCID study, the virus was able to escape the neutralising effects of the antibodies in some cases.

“It [501Y.V2] doesn’t completely knock out or stop the neutralisation but there’s a quite substantial effect in some of the samples of blood we tested,” he told The Independent.

As a result, Dr Lessells said it was “possible” that the effectiveness of the Covid-19 vaccines may be “slightly diminished”.

“I think that too much of the current dialogue sees it as an all or nothing, that either the vaccines will work or the vaccines won’t work,” he added. “But it’s more much likely that … there may be some effect at a population level in terms of the effectiveness [of the vaccines against 501Y.V2].”

He said that South African authorities were “picking up cases of reinfection” but that it was not clear whether this was a result of naturally decreasing levels of immunity or the new variant.

“Some people who were infected, their antibody response would have waned anyway naturally and they will get reinfected with whatever variant is circulating at the time,” Dr Lessells said. “We don’t know how much is that and how much is this variant breaking through the immune response. It’s going to be very difficult to tease out all the data.”

Despite concerns surrounding the resistance shown by 501Y.V2 to the body’s antibodies, scientists are confident that other parts of the immune system will be able to pick up the slack and limit or prevent the presentation of disease in those people who are re-exposed to the coronavirus.

The KRISP and NICD studies did not test the role of T-cells, which seek out and terminate virus-infected cells. Antibodies, in contrast, can only latch onto and help neutralise pathogens outside the body’s cells.

At this stage, it’s unknown whether cells infected with the South African variant would be able to escape the clutches of the “seek-and-destroy” T-cells, which are produced both by natural infection and vaccination.

“There’s other parts of the immune system, for example, memory B cells,” added Dr Lessells. “These are cells which produce antibodies. They can remain for some time and generate new antibodies once they’re faced with a re-exposure to the virus.”

However, he said scientists still “don’t have a very clear idea” of the “correlates of protection” against Sars-CoV-2. In other words, more analysis is needed to determine which components of the immune system play the most significant role in preventing reinfection or limiting the display of symptoms a second time around.

Dr Lessells said the complications surrounding the new variants and the prospect of reinfection reinforced the view that humanity cannot simply vaccinate its way out of the pandemic.

“It’s one arm of the response,” he said. “If you rely on it solely then you’re going to run into trouble.

“Even if these current variants don’t significantly affect the vaccines, we may get more evolution. We’re definitely several steps behind the virus at the moment and have been for some time.”

Experts have meanwhile reacted with concern to the findings of the research published by the NICD earlier this week.

In a study of 44 people who had been previously infected during South Africa’s first wave, scientists found that the variant was not recognised by antibodies present within the blood plasma of 21 cases.

“In the other half of those individuals, however, there is some recognition that remains,” said professor Penny Moore, the study lead. “I should add those are normally people who were incredibly ill, hospitalised and mounted a very robust response to the virus.”

She said the research made it “clear that we do have a problem”, but warned against jumping to conclusions without further analysis.

Liam Smeeth, a professor of clinical epidemiology at the London School of Hygiene and Tropical Medicine, said: “These data are potentially concerning, but it is important to emphasise that these are laboratory findings, and it would be unwise to extrapolate to clinical effects in humans at this stage.

Professor Lawrence Young, a virologist Warwick Medical School, said that similarities between the mutations in the 501Y.V2 spike protein and the Brazilian variant suggest the latter “will also exhibit significant levels of neutralisation resistance.”

0 0 0 0
Previous : Why projects to adapt to climate change backfire
Next : We’re running out of lithium for batteries – can we use salt instead?