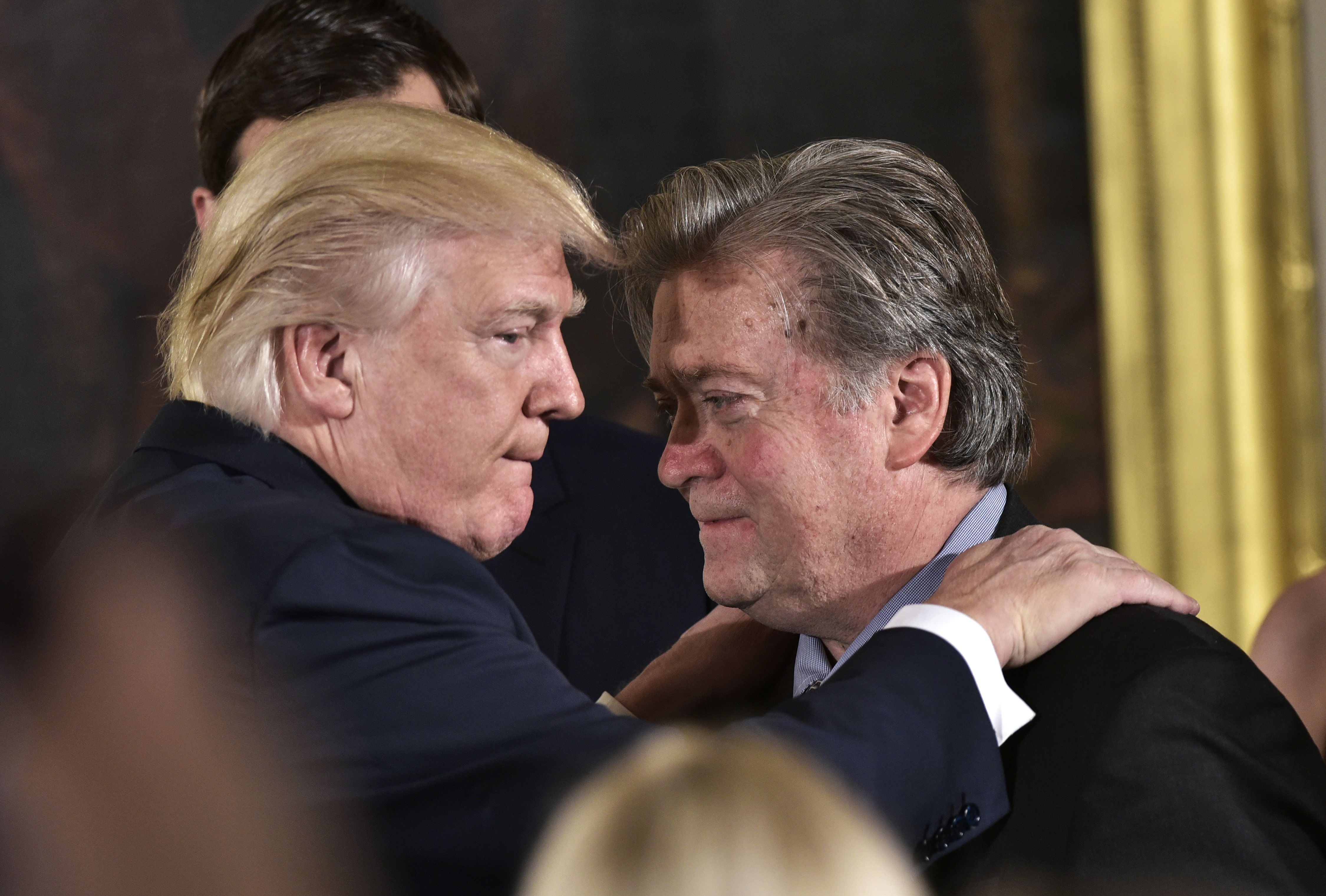 Trump issues pardons on last day as US president

Donald Trump pardoned his former aide Steve Bannon and nearly 150 others as part of his final act as president before he leaves the White House later on Wednesday.

Among the names were rap artists, ex-members of Congress and other allies of him and his inner circle, but he left off the list his own family and Joe Exotic, the subject of the Netflix series Tiger King, who was rumoured to be in line for clemency.

Flouting tradition, Mr Trump has said he will depart Washington on Wednesday morning ahead of the inauguration rather than accompany his successor to the Capitol.

Mixed reaction from Florida neighbours as Trump moves in

Moving trucks were spotted outside the Mar-a-Lago resort on Monday ahead of Donald Trump’s arrival.

His supporters are expected to stage a rally to welcome him.

But others are not so supportive of Mr Trump’s arrival.

His neighbors recently sent a letter to officials in Palm Beach citing a 1993 agreement that they said prohibits anyone from living permanently on the property because it is a social club, according to CBS Miami.

Lilia Slavova, who lives nearby, said: “We have to love our neighbours but he has to follow the rules.”

The inauguration of Joe Biden will take place in a Washington on edge, after the deadly riot at the US Capitol unleashed a wave of security concerns

Read the hour by hour schedule of all the events that have been announced so far for Inauguration Day here.

Donald Trump is not going to quietly settle down into retirement in Florida, a report suggests.

The outgoing president is said to be discussing forming a new political outfit called the Patriot Party.

In his farewell speech, Mr Trump hinted at that plan, saying his movement was “just beginning”.

How Trump’s final few hours in office will unfold

Donald Trump will walk out of the White House and board Marine One for the last time as president on Wednesday.

The helicopter will take him to Joint Base Andrews to catch Air Force One to his Mar-a-Lago club in West Palm Beach, Florida.

He will skip Joe Biden’s inauguration but not before giving himself a grand military sendoff, complete with a red carpet, military band and 21-gun salute.

Guests have been invited, but it is unclear how many will attend. Vice President Mike Pence won’t be there, citing the logistical challenges of getting from the air base to the inauguration ceremonies.

Trump will retire to Florida with a small group of former White House aides to chart his political future.

The outgoing president has told his supporters that their movement is “just beginning” in a farewell speech to the nation, which also saw Donald Trump wish Joe Biden luck for the next four years.

“This week we inaugurate a new administration, and pray for its success in keeping America safe and prosperous. We extend our best wishes, and want them to have luck, a very important word,” he said in his speech from the White House, even as he skipped the symbolic transfer of power at the inauguration.

Donald Trump has granted a last-minute pardon to his former political adviser, Steve Bannon, as part of a flurry of clemency and commutations issued to allies of himself and his family during his final moments as president.