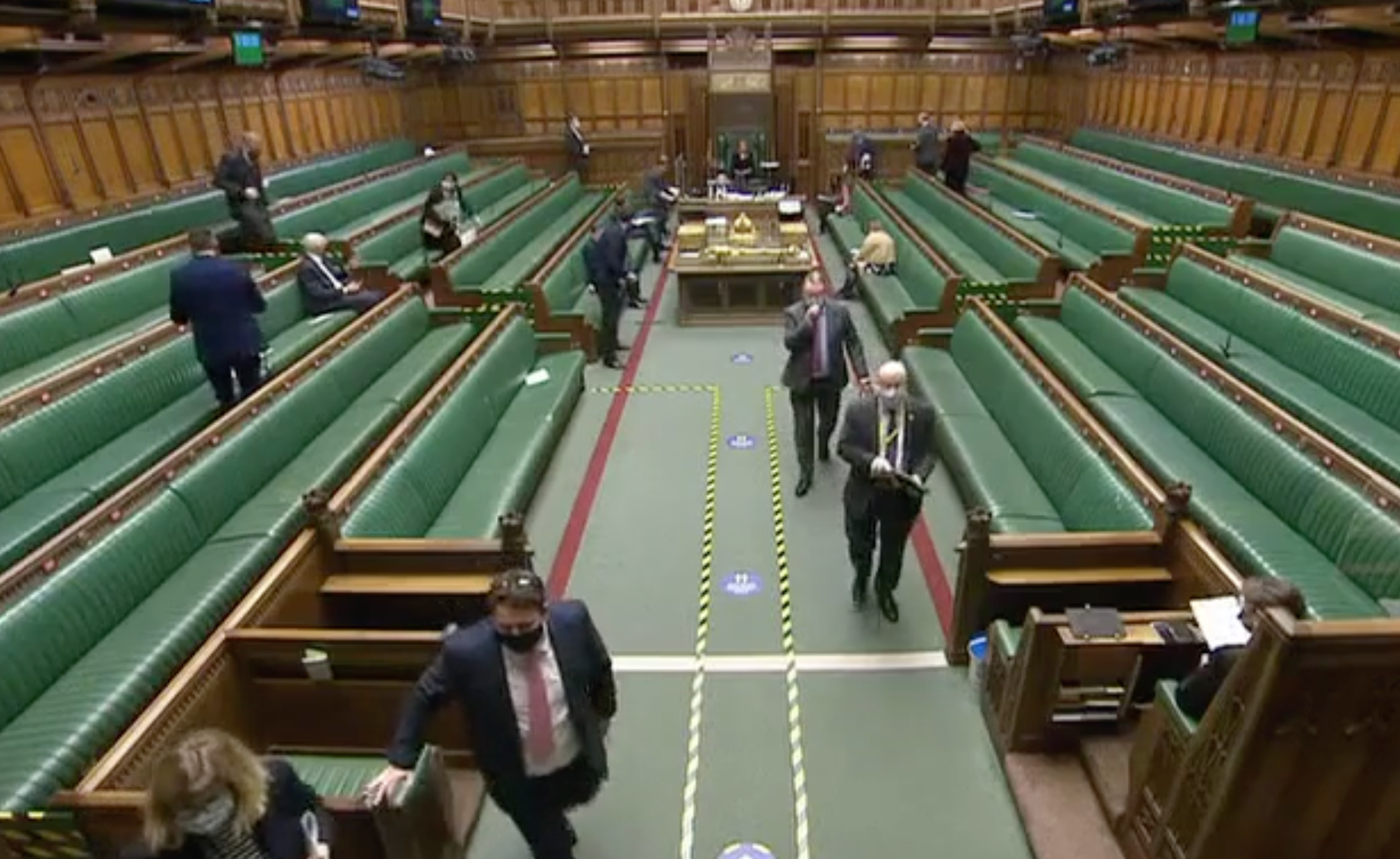 The House of Lords had last month inserted a clause banning any agreement that “undermines or restricts” the UK’s ability to provide “a comprehensive publicly funded health service free at the point of delivery”.

The amendment also restricted “the sale of patient data” and the government’s ability to control drug prices.

But in a vote on Tuesday night MPs rejected the amendment by 357 votes to 266, with no Tory MPs backing the motion. The governing party’s MPs were the only ones to vote against the protections.

Trade Minister Greg Hands said there was no need to protect the health service with legislation because “the NHS is not and never will be for sale”. He characterised such claims as “offensive and absurd”.

But government ministers made similar promises not to undermine workers’ rights before Brexit, only to move to water down EU rules on rest breaks, holiday pay, and overtime.

US officials and businesses have repeatedly said that the NHS must be “on the table” in trade talks, with US pharmaceutical companies and healthcare businesses eyeing the UK health market as a source of profit.

Shadow Trade Secretary Emily Thornberry said she could “see why any Member of the House would disagree with” the amendment, saying it “cuts to the chase of the debate over whether the NHS is on the table when it comes to trade negotiations”

She added: “To some people, that concept would mean private healthcare companies from overseas being able to compete against the NHS to provide taxpayer-funded healthcare, but in fact it is much more realistic and pernicious.

“What it means is those same companies winning a greater right to provide services to the NHS through open procurement contracts and thereby gaining access to the vast resource of NHS patient data, which, quite frankly, they have been actively pursuing for years.”

But Boris Johnson in October promised that “our national health service will never be on the table”. Outgoing president Donald Trump said the health service would definitely be up for negotiation, but later said the opposite following an outcry.

The prime minister’s cabinet includes many enthusiastic “free market” conservatives such as Liz Truss and Dominic Raab, who hold positions of influence on trade.

Johnbosco Nwogbo from the anti-privatisation campaign group We Own It warned: “We’re now at risk of higher drug prices, private companies having increased access to our NHS and those same companies being able to sue the government if it tries to limit their ability to profit from our healthcare.”

Trade Minister Greg Hands said: “We do not see the need for this amendment, as protecting the NHS is already a top priority in negotiations.”

“We have all witnessed the heroic efforts of the NHS through the Covid-19 pandemic, and we are immensely grateful for all that it has accomplished.

“The idea that we would now seek to sell off the NHS to foreign corporations is, frankly, offensive and absurd.

He said the claim was “not just words” and pointed to rolled-over EU trade deals, which he said had not restricted the NHS.