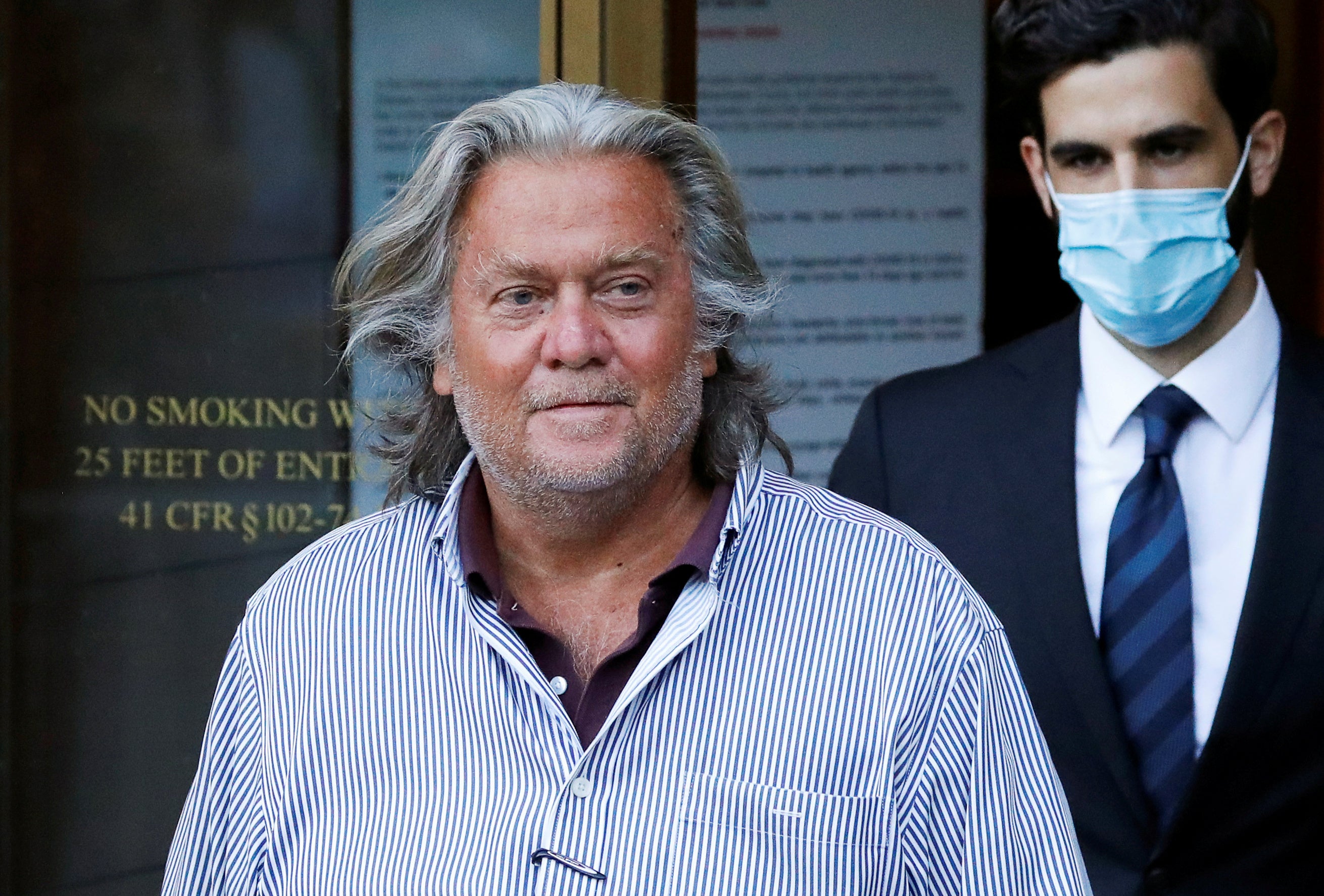 Donald Trump has granted a last-minute pardon to his former political adviser, Steve Bannon, as part of a flurry of clemency and commutations issued during his final moments as president, as he prepares to leave the White House hours before successor Joe Biden’s inauguration.

Mr Trump, however, did not pardon himself, members of his family or his lawyer Rudy Giuliani, a senior administration official told Reuters. White House officials had reportedly advised Mr Trump against a pardon for himself or his family because “it might look like they are guilty of crimes,” Reuters quoted a source familiar with the situation as saying.

Earlier, a CNN report stated that Trump “told people that after much deliberation,” he has decided to pardon Mr Bannon as “one of his final acts in office.” Mr Trump had “flip-flopped repeatedly”as he mulled his final pardons, the Associated Press reported.

Mr Bannon, a former White House chief strategist and Mr Trump’s top campaign aide, was charged with swindling donors in a private attempt to build a wall along the US-Mexico border.

They face charges of conspiracy to commit wire fraud and money laundering for their roles in the non-profit group “We Build the Wall.”

Bannon has pleaded not guilty to the charges and faces trial in May.

Mr Trump fired Bannon from his White House job in 2017, but in recent months they have reportedly talked about ways to overturn the election defeat to Joe Biden.

After he fired Bannon, Mr Trump said his former advisor had “lost his mind.” The president had also said in a tweet that Mr Bannon has been “dumped like a dog by almost everyone.”

In 2018, Mr Trump’s lawyers had threatened legal action against Mr Bannon after accusing him of violating a non-disclosure clause by speaking about his experience during the Trump election campaign to author Michael Wolff.