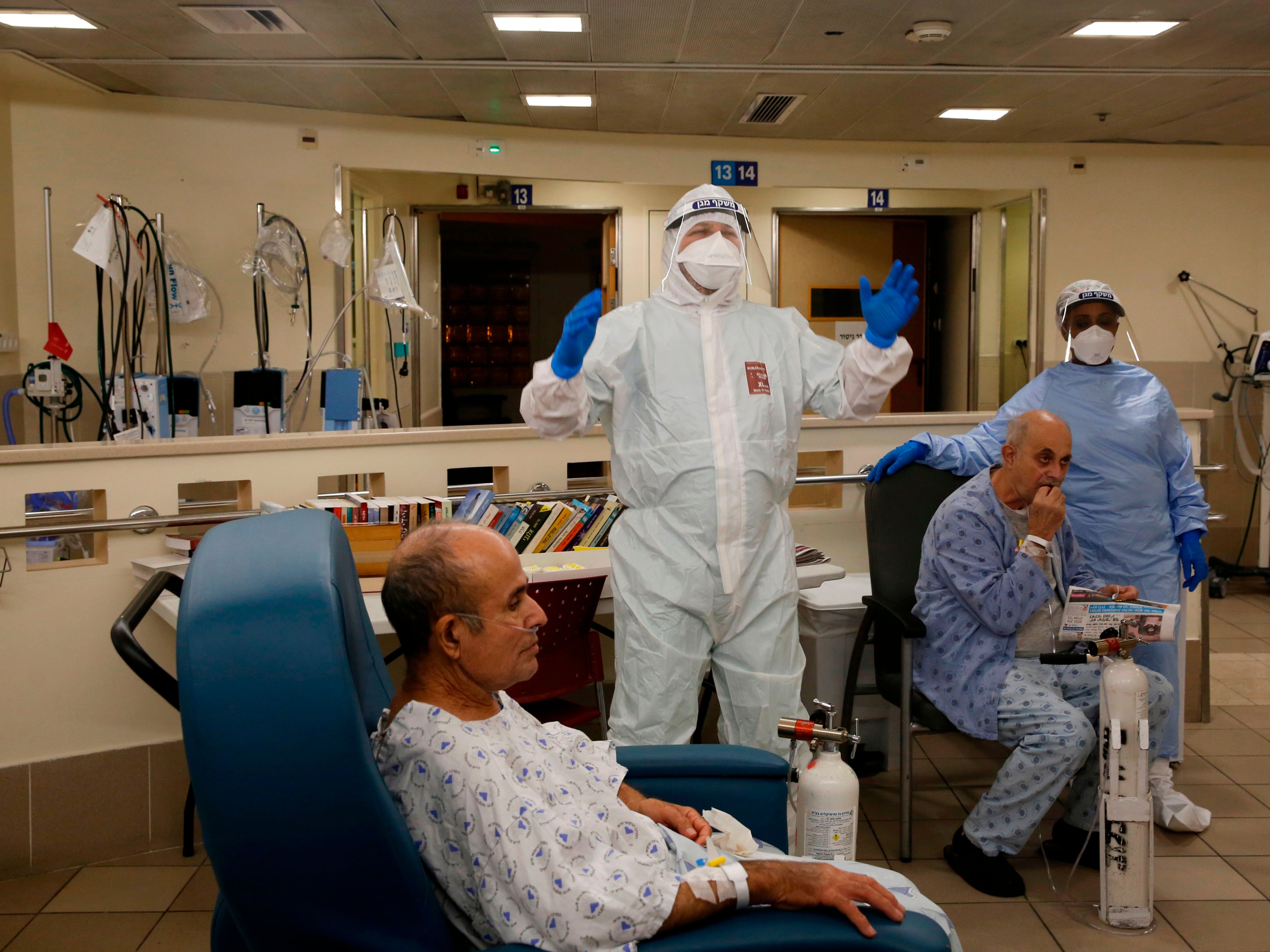 Ronni Gamzu, who runs Tel Aviv’s Sourasky hospital, said British scientists’ claim that the jab was 89 per cent effective after one dose was “very optimistic”, and unlike anything his own country had seen in its “real-world findings”.

Acknowledging the supply issues the UK has faced, though, he told Sky News: “If you are short of vaccines, this

is a good idea … We believe that if you take the booster shot, even after six weeks, then you will have an effect, the effect is coming and growing gradually.

“We do not know that for sure because the studies were done for 21 days for Pfizer and 28 days for Moderna. But there is a clear logic behind postponing it when you are short on vaccines.”

Various medical figures in the UK, including chief medical officer Chris Whitty, previously defended the decision to delay second vaccine doses, claiming it would allow for more people to be given the first dose – therefore gaining some amount of protect – in a shorter space of time.

The UK’s Joint Committee on Vaccination and Immunisation (JCVI) has said on the topic before: “With most vaccines an extended interval between the prime and booster doses leads to a better immune response to the booster dose.

“The committee advises initially prioritising delivery of the first vaccine dose as this is highly likely to have a greater public health impact in the short term and reduce the number of preventable deaths from Covid-19.”

Israel, which is leading the world’s coronavirus inoculation race, is following Pfizer’s advice to give the second dose of the vaccine three weeks after the first.

Admittedly, the process is easier for the middle eastern country than it is for the UK: its population is smaller and officials have wagered a deal with Pfizer to receive a regular supply of the jab in return for detailed results data. It means scientists have been able to study preliminary data from 200,000 fully vaccinated people – not half vaccinated as is currently the case in the UK.

Professor Ran Balicer, a physician, epidemiologist and chief innovation officer for Clalit, the largest health care provider in Israel, told reporters earlier that Isreal had “already covered [vaccinated] some 25 per cent of our population and over 75 per cent above the age of 60 in the last four and a half weeks”.

“We are one of the first countries to be able to witness the sheer impact of vaccinating such a large proportion of the population,” prof Balicer, an adviser to the World Health Organisation, said.

Speaking about the UK’s delayed-dose strategy, Prof Balicer said: “We could not see 89 per cent reduction in the data we reported. Further data and analyses will be released in peer reviewer scientific format.”

He added that Israel’s practice, as Mr Gamzu said, was to provide the second jab at three weeks.

“And so it is impossible for us to tell what would be the impact of not providing the second dose [without delay].”

The JCVI has already made moves to justify the lengthy Pfizer dose gap by comparing it to trial data from the Oxford-AstraZeneca vaccine – where it was proven that a longer gap of two to three months led to a greater immune response.

“There is evidence that a longer interval between the first and second doses promotes a stronger immune response with the AstraZeneca vaccine,” the committee has said before.

“There is currently no strong evidence to expect that the immune response from the Pfizer-BioNTech and AstraZeneca vaccines differ substantially from each other.”

While this is true, there is also currently no strong evidence to suggest the lengthy gap proven to work between Oxford’s vaccine doses would work between Pfizer’s.

When the UK government announced in late December its decision to extend gaps between doses, Pfizer issued a warning over what it called “alternative dosing”.

“There is no data to demonstrate that protection after the first dose is sustained after 21 days,” a spokesperson said.