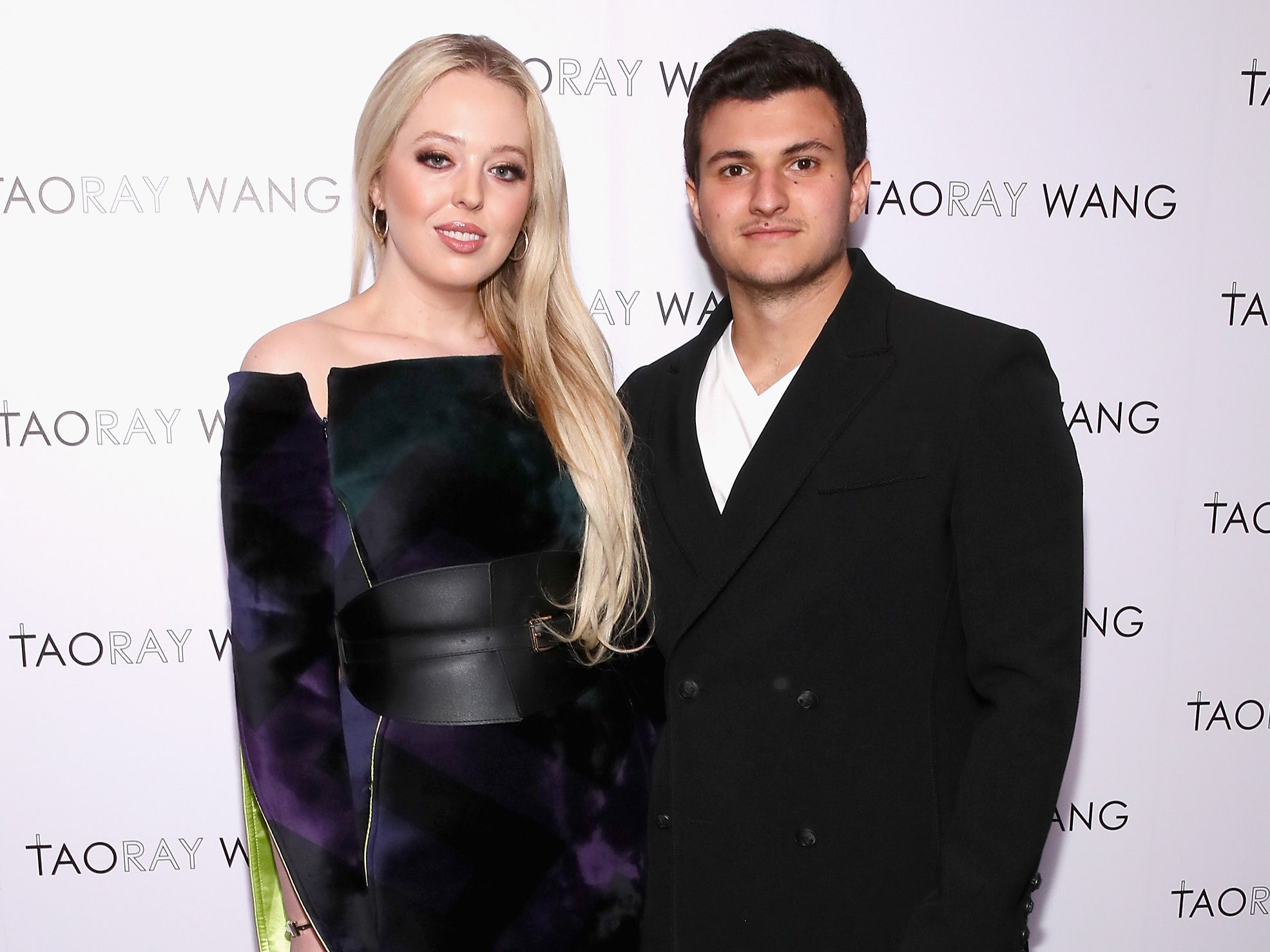 Tiffany Trump gets engaged: Who is her boyfriend Michael Boulos?

A picture posted to Instagram shows Ms Trump, 27, and fiancé Michael Boulos standing in one of the White House’s colonnades, with the caption explaining that the couple got engaged at the executive mansion.

“It has been an honour to celebrate many milestones, historic occasions and create memories with my family here at the White House, none more special than my engagement to my amazing fiancé Michael! Feeling blessed and excited for the next chapter!” Ms Trump wrote.

Dressed in a black dress, the outgoing president’s youngest daughter can be seen wearing an engagement ring as she stands with Boulos, described as a “billionaire heir” by Vanity Fair.

In the comments under the post, Boulos expressed his love for his soon-to-be wife, writing: “Love you honey” along with heart emojis.

The 23-year-old also posted the same photo to his own Instagram account, where he included the caption: “Got engaged to the love of my life! Looking forward to our next chapter together.”

The couple reportedly met in Mykonos, Greece in 2017, with Town & Country noting that they were photographed together for the first time in September 2018 at the Taoray Wang fashion show in New York City.

In December 2018, they celebrated Christmas together at the White House, with Ms Trump sharing a photo of herself and Boulos standing in front of a Christmas tree to Instagram.

In more recent photos uploaded to the 27-year-old’s Instagram, the couple can be seen together in New York and at the president’s Florida resort Mar-a-Lago.

Ms Trump, the only child of the president and his second wife, Marla Maples, was raised primarily by her mother in California. She recently graduated from Georgetown Law School.

Boulos’ family founded the conglomerate Boulos Enterprises, which does “work with vehicles, equipment, retail, and construction” and is reportedly worth billions, according to Vanity Fair.

Following the couple’s announcement, their posts were flooded with congratulatory messages, with the president’s eldest daughter Ivanka among those sharing her support.

“Love you Michael!” the 39-year-old wrote on her future brother-in-law’s Instagram. On her younger sister’s, she commented: “So happy for you and Michael! Love you Tiff!”

Maples also shared her congratulations, posting the photo of her daughter and her new fiancé to  her Instagram Stories with the caption: “Celebrating God’s endless blessing of love. May God’s blessing and love always light your path. Love you so much, mom.”