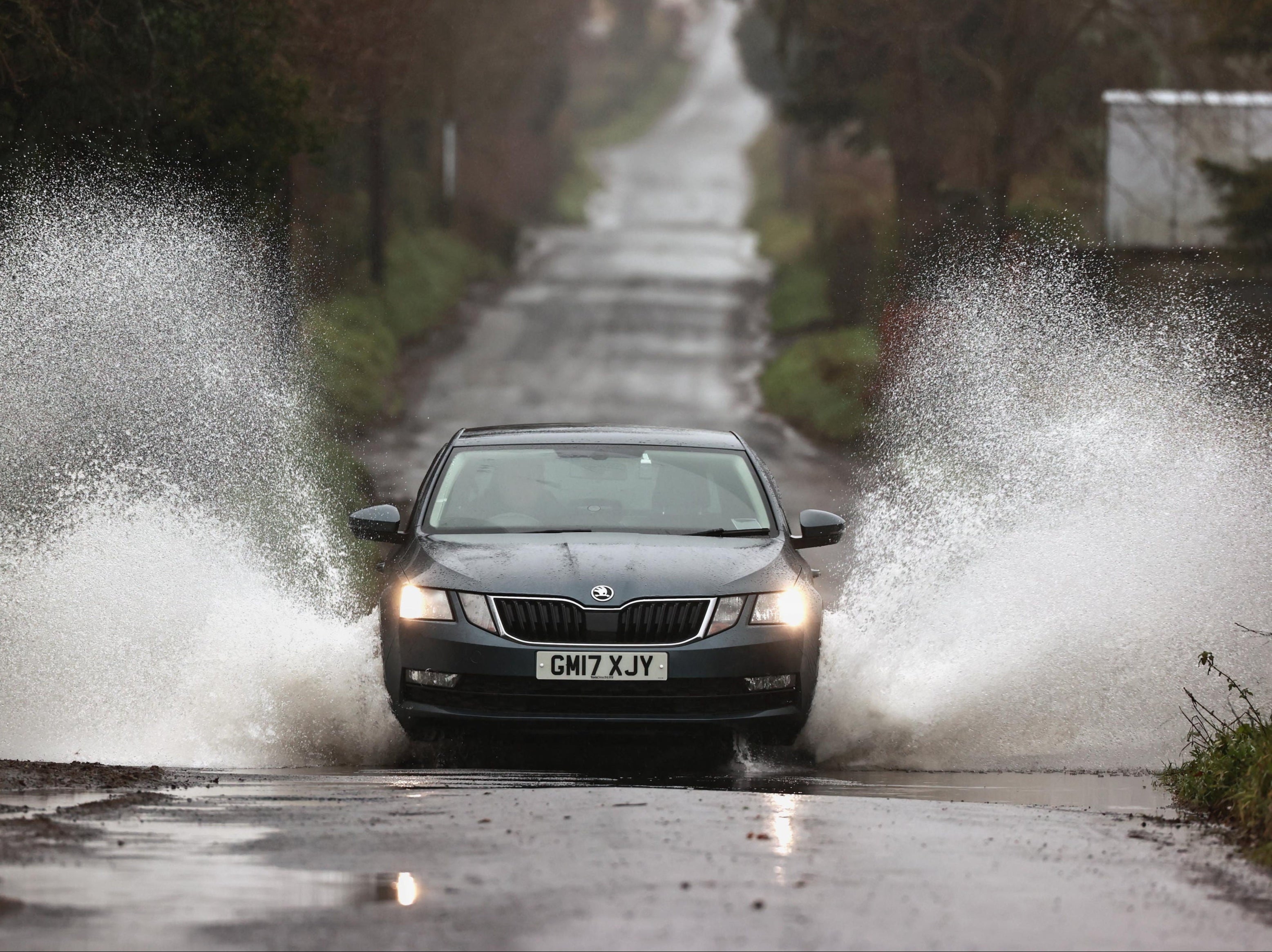 Major incidents have been declared in the north of England in anticipation of heavy rainfall caused by Storm Christoph.

Forecasters have warned the unsettled conditions could bring significant flooding, high winds and snowfall as the storm engulfs the country through the middle of the week.

Met Office spokesman Oli Claydon said the country will face a “timeline of hazards” this week, beginning with concerns over rainfall before low pressure potentially brings colder air and the risk of snow.

Public Health England has issued a cold weather alert from “first thing” on Thursday until 9am on 25 January for the North East, North West and Yorkshire and the Humber.

The agency said the risk of flooding will amplify the public health risks of the severe cold weather.

The Met Office’s most serious weather warning – amber for rain – has been in place across parts of the Midlands and northern England since Tuesday morning, alongside less serious yellow warnings for rain across Wales, Northern Ireland, northern England and southern Scotland.

By Wednesday, the yellow warnings for rain will stretch south to additionally cover all of England, all of which remain in place until midday on Thursday, alongside the more serious amber warning in central England.

Eastern Scotland is also facing a yellow warning for snow and from Wednesday afternoon through to Thursday lunchtime, with the threat of travel delays, power cuts and rural communities being isolated.

Chief meteorologist Neil Armstrong said: “Parts of central and northern England and Wales could potentially see a month’s rain in just 48 hours or so, with up to 200mm possible over higher ground, presenting a real flooding threat.”

The Environment Agency has warned of “significant flooding” risks across northern, central and eastern England, with flood defences being erected in some areas to protect communities over the coming days.

On Tuesday evening, the Environment Agency had 21 flood warnings and 155 less serious flood alerts in place across England.

Floodwaters have already risen in parts of the country, with a motorist pictured stranded in Leicester, and workmen in York prepared flood defences on Tuesday morning near the city’s River Ouse.

Declaring a major incident on Tuesday, Greater Manchester Police’s Assistant Chief Constable Nick Bailey said the force had taken the step “in order to ensure that we’re as prepared as possible for the heavy rainfall” expected during the storm.

A major incident had already been declared in South Yorkshire in anticipation of flooding that could arrive in the coming days.

Mayor of Doncaster Ros Jones tweeted on Monday evening: “Key risk areas have been inspected over the past 36 hours, sand-bags have been handed out in flood-risk areas & will continue over the next 24 hours.”

The National Flood Response Centre is coordinating the response from government but no meeting of the Cobra emergency committee has yet been announced.