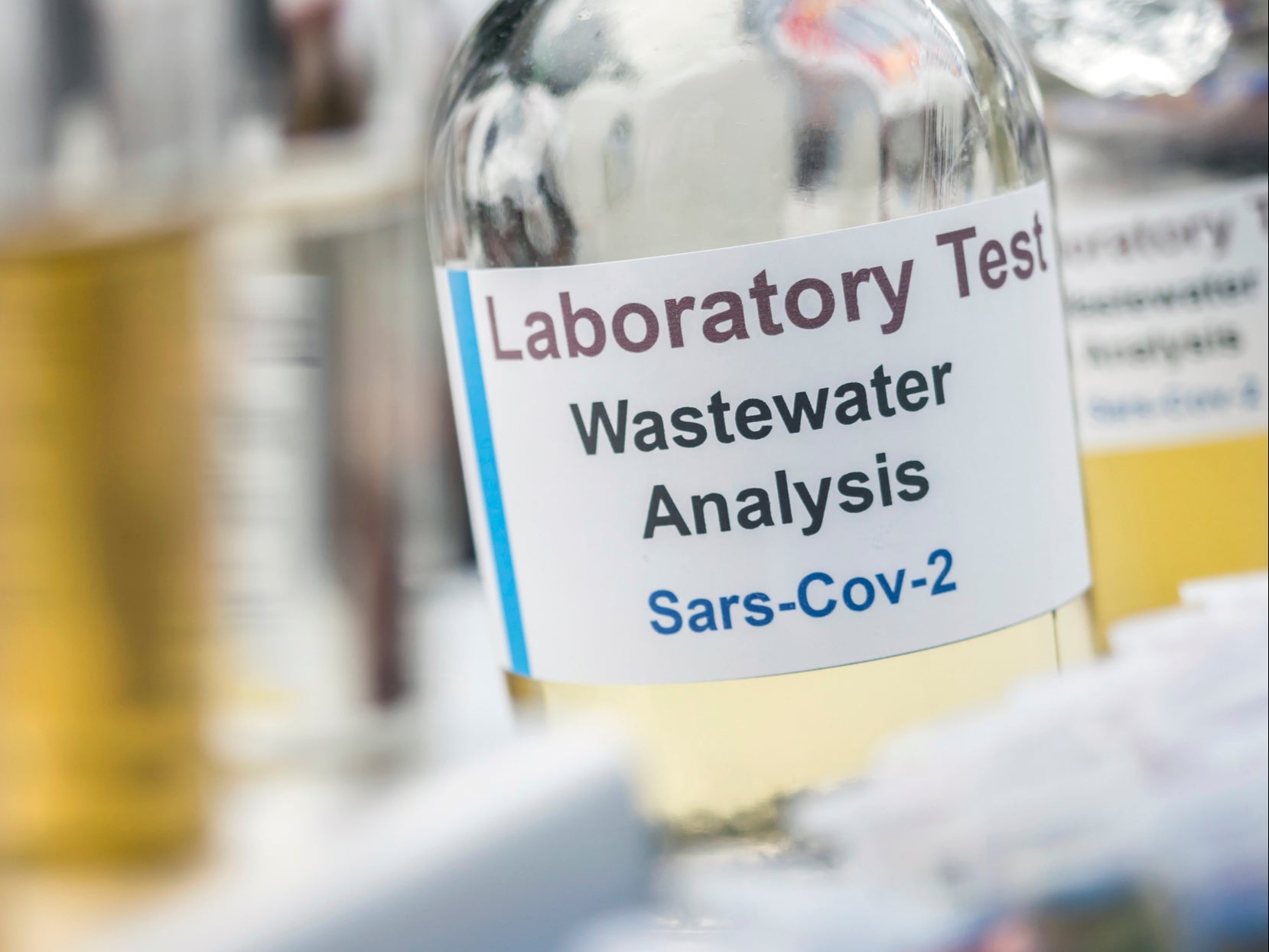 Analysing sewage can help detect and track the spread of new variants of the SARS-CoV-2 virus which causes Covid-19, a study has shown.

The technique could be a more rapid way of identifying mutations in the virus before they are detected by local clinical viral genome sequencing from patient samples, and also offers scientists a chance to analyse a broader cross section of a locality – as many people, including those who are asymptomatic may not get tested.

Key new variants of the virus have emerged in the UK, Brazil and South Africa, with the mutations leading to greater levels of infection and higher levels of virulence.

The emergence of these variants has led to international travel bans and a race to assess how they respond to the available vaccines.

Greater levels of information about where new mutations occur could provide researchers with an early-warning system and show how fast they can spread.

Lead investigator Kara Nelson, professor of civil and environmental engineering at the University of California-Berkeley, said: “SARS CoV-2 virus is excreted by individuals that are infected by Covid-19 and the fecal waste ends up in the wastewater systems.

“By sampling wastewater, we can get information on infections for a whole population. Some wastewater systems serve several thousand people. Some serve hundreds of thousands of people.”

She added: “Sampling wastewater is a very efficient way to get information. It is also a less biased source of information, because we can get information from all individuals in the sewershed, whether or not they are being tested in a clinic. We know that there are individuals that have asymptomatic infections that may never get tested.”

In the study, researchers developed and used a novel method for taking samples from sewage.

When researchers sequence the RNA concentrated and extracted from wastewater samples, there may be many different strains present because there are many individuals contributing to the sample.

Also, the study team said it is challenging to distinguish the Covid-19 genetic signal from the billions of bacteria and viruses people excrete every day. Researchers must identify the correct viruses “amidst a whole soup of other genomic material”.

“The way that we need to process the sequence information is complex. One contribution of this paper is the ability to prepare samples for sequencing from wastewater. Instead of directly sequencing everything present, we used an enrichment approach where you first try to enrich the RNA that you are interested in,” said Dr Nelson.

“Then we developed a novel analysis approach which was sensitive enough to detect a single nucleotide difference.”

Nucleotides are the individual building blocks which make up the complex strands of DNA and RNA in life forms.

“You can’t get any more sensitive than that,” she said.

They found the major types of the virus they detected in the sewage were identical to those identified in clinical tests from the region.

But while the observed wastewater variants were more similar to local California patient-derived genotypes than they were to those from other regions, they also detected single nucleotide variants that had only been reported from elsewhere in the United States or globally.

Thus, the researchers found that wastewater sequencing can provide evidence for recent introductions of viral lineages before they are detected by local clinical sequencing.

By understanding which strains of SARS-CoV-2 are present in populations over time, researchers can gain insight into how transmission is occurring and whether new variants, like B117 – the highly infectious strain that originated in Britain – are dominating transmission.

“Of everyone who gets tested, only a fraction of those samples even get sequenced. When you are sampling the wastewater, you get a more comprehensive and less biased data on your population,” said Dr Nelson.

“It appears that we might be able to get an earlier signal in the wastewater if a new variant shows up compared to only relying on the sequencing of clinical samples. Just knowing that SARS-CoV-2 is present in a population is the first step in providing information to help control the spread of the virus, but knowing which variants are present provides additional but very useful information.”

The study is reported in mBio, an open-access journal of the American Society for Microbiology.

0 0 0 0
Previous : Labour calls for Gavin Williamson to resign after ‘failing children throughout pandemic’
Next : The full list of HSBC branches set to close